Rampart is just one of those games that every retro enthusiast remembers. I was first introduced to it on the SNES, but it was ported to nearly every platform imaginable due to its immense popularity. Its angle of marrying shooting elements with light strategy and building components is still unique nearly 30 years later, and it’s amazing that so few projects have attempted to emulate its formula directly. Castleparts ($2.99) is one such imitation, and although I had a few technical issues with it, it’s a project worth playing if you’re into the Rampart concept. 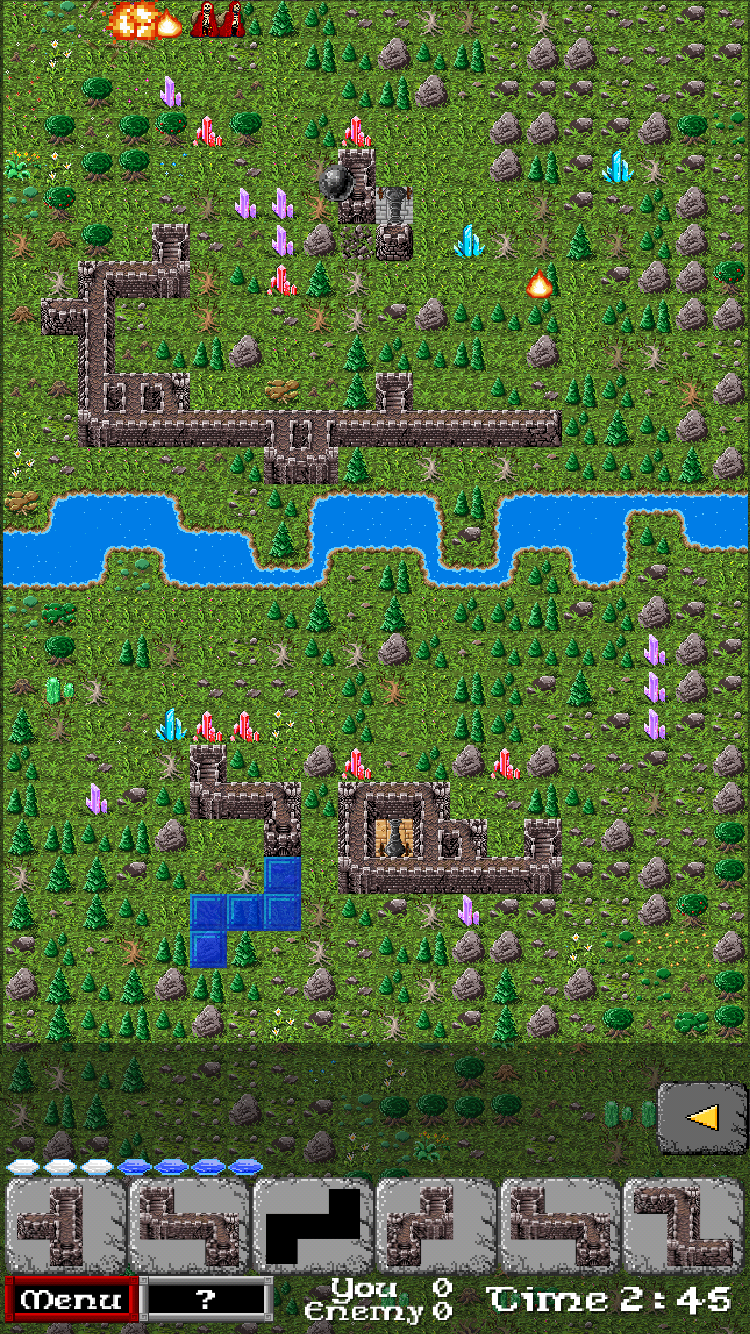 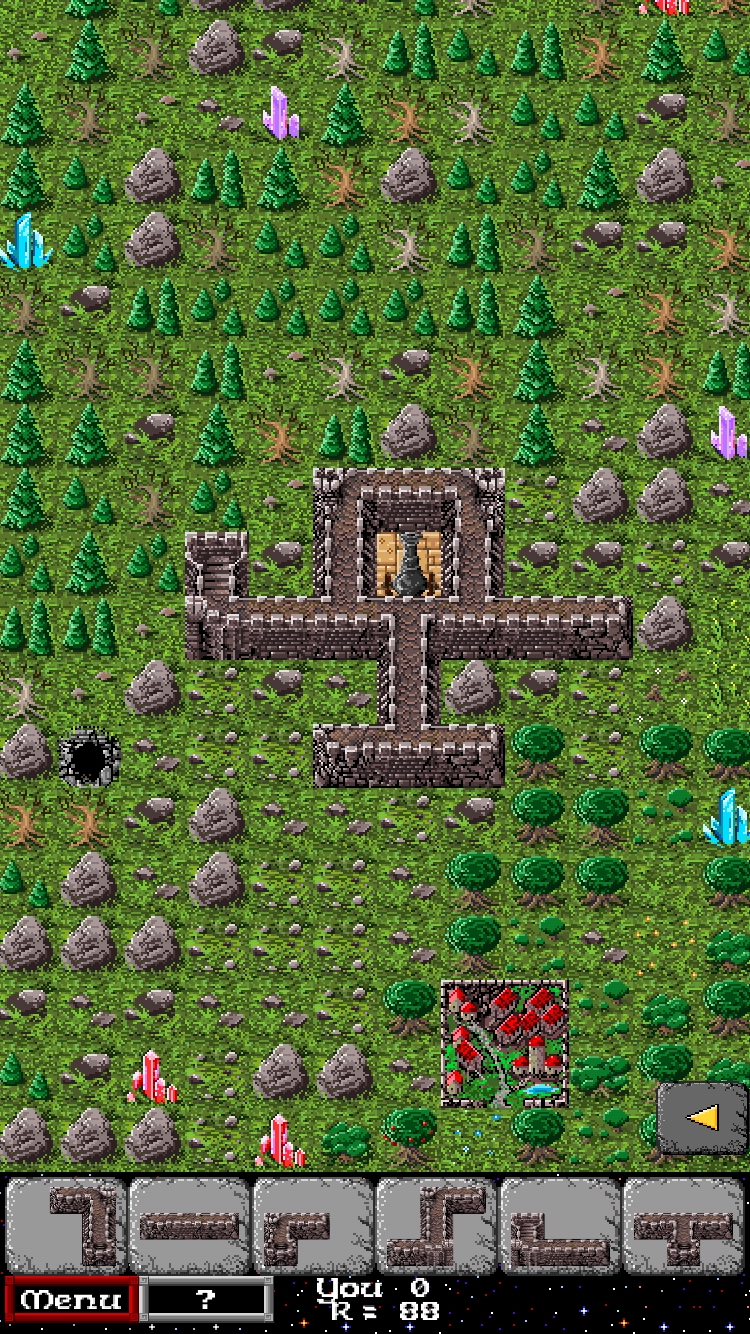 If you’ve never played that classic before, the gist carries over into the mobile arena flawlessly. Players square off against an opponent with their own kingdoms, centrally powered by a cannon that can destroy castle bits and other distractions like neutral creeps and buildings. All the while you can build Tetris-esque walls to expand your castle, allowing you to “capture" piles of gold to grant you access to faster cannon shots (or spells). Capturing more territory grants you more points, and whoever has the most when the timer is out wins. Doing all of this to the sound of a catchy chiptune soundtrack is glorious.

You can do all of this simultaneously, eschewing the whole turn-based “rounds" of Rampart. To attack any part of the screen (even your own quadrant) you just tap. To cast spells (which are mainly just larger cannon shots with specific patterns and vary slightly between all four playable characters) you tap them too, and building walls is as easy as tapping them and dragging them where you want to go. Like I said everything lines up perfectly for a mobile game, both in terms of the control scheme and the idea of playing a quick round on the bus. 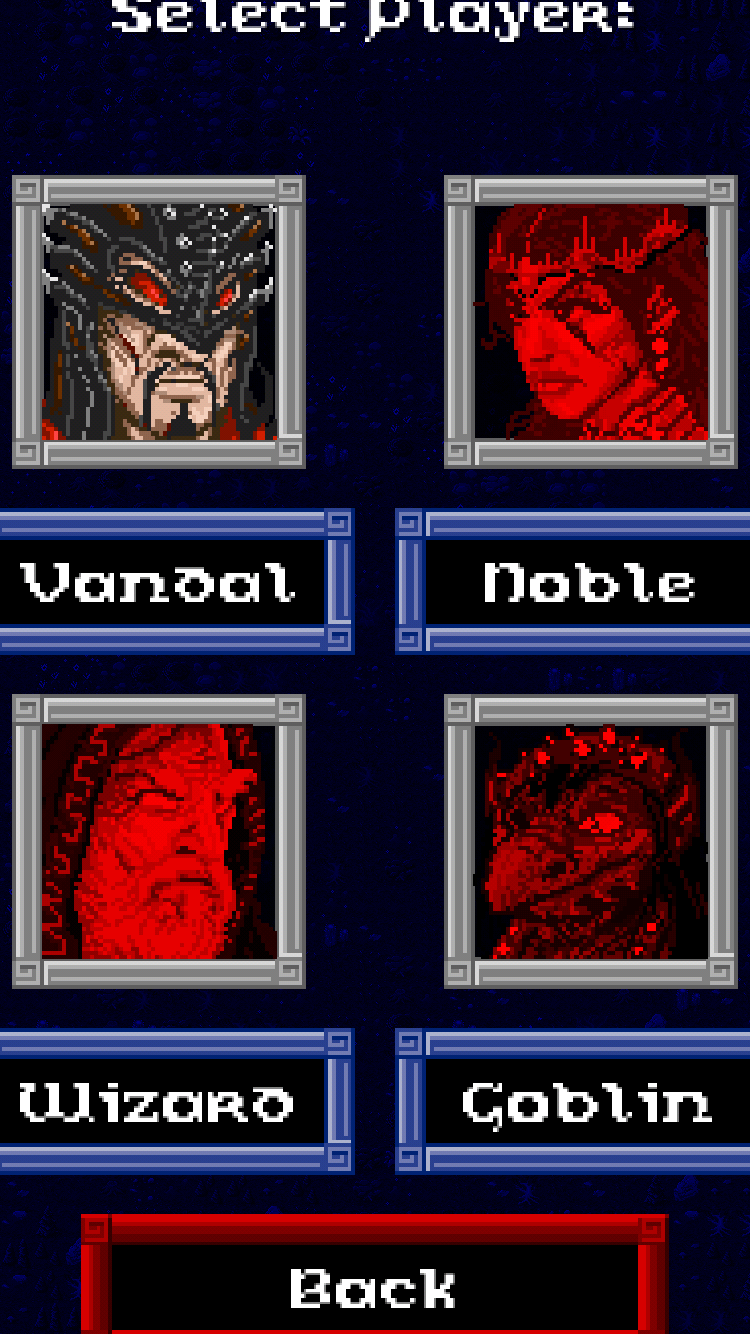 There’s a lot of strategy involved when it comes to balancing offense and defense, as building too much land too quickly could put you at a disadvantage if you’re not attacking your enemy in turn. If they manage to sever your walls while they steadily build up you could end up losing in the end, so there’s a delicate balance to the two philosophies that you’ll have to learn to strike over time. A brief set of tutorials does a good job of explaining the basics, but the rest you’ll have to learn on your own. Things like destroying NPC skeletons so they don’t steal your gold or ogres so they don’t break down your walls is an example of another wrench thrown into the mix.

There’s three distinct modes in Castleparts beyond the online multiplayer angle (which involves cross-platform play with Android and PC, whenever the latter comes out), all of which involve bots of some kind. “Conquer" is pretty much the basic PVP gametype where you duke it out with another opponent and see who comes out on top at the end, while “Creep" sort of mixes things up with an ever encroaching set of colors on each side (that can be destroyed) that grant bonus points. Because Creep adds another element into play I found it to be more worth playing long term.

My favorite mode, or at least the one that has the most potential, is “Adventure." Here you don’t have a direct bot or player to face at all, you just expand your own castle on a more open ended map with neutral enemies. At first the map seems small as the game doesn’t really explain that a lot of the board is engulfed by a fog of war, but placing castle pieces will eventually reveal an area that’s twice as big as the starting zone.

It’s a lot of space, but truth be told I would have liked to have seen an even bigger play space and an even more sprawling RPG mode. It sounds like too high of an expectation, but once you play Adventure you’ll see the potential. That, and the resolution problem are my only gripes. Playing on an iPhone 6 the screen doesn’t resize correctly, and some of the text is actually cut off. It’s not a huge deal as every menu item is on-screen and I don’t feel like I’m really missing anything, but a quick fix would be appreciated all the same.

Castleparts stops short of greatness in some ways, but has enough depth to keep you busy even if you never play against another human. It doesn’t even need more modes or characters per se, just slight expansions on the foundation that’s already been created.