This is quite the bittersweet day, as my time at TouchArcade is coming to an end. It was a tough decision, but I’m leaving for a full-time job up in the Dallas suburbs. I hope y’all will keep track of what I’m doing, because I’ll still be out there playing and talking about mobile games, just not under the watchful eye of Eli Hodapp and co. I’ve been all around the mobile gaming journalism world, as I’ve probably contributed for every major site out there. While TouchArcade wasn’t the first site to pay me to write about mobile games, it was an integral part of my development as a writer. It felt so much more freeing in many ways, and I feel like I got to build up more of a unique voice than I had before.

I kind of fell into writing to begin with, at a time in my life when I felt directionless. I spent some time writing as a hobby. Then it turned into paying work with 148Apps, and other freelance outlets came along. And even during TA, I’ve contributed elsewhere. But TA always felt like home, and it was tough to write elsewhere because I enjoyed doing so under the TA banner. It was a tough decision to cease spending the majority of my time with 148Apps, because you never know how a new outlet you spend a lot of time working for is going to turn out. Are you going to mesh well with the editors? Will you get the support you need? I’ve made some people mad with some of my opinions here at TA, but I’m proud to say that Eli and the crew have had my back. And I have been thrown under the bus before. 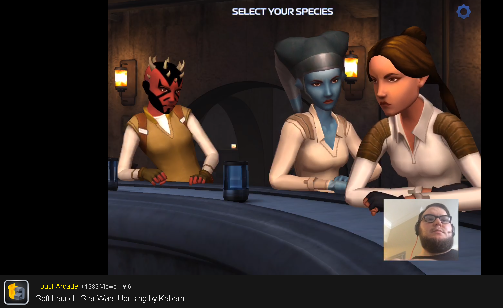 Folks, please support TouchArcade. I know that myself, Eli, Jared, and everyone on staff has put in a lot of hard work, and have done things that we love. There were times we could have pulled punches, or done shameless clickbait. It’s funny to see how many weird haters TouchArcade tends to have, when behind the curtain I know that this is one of the most honest operations, working because we love mobile games, that I’ve had the privilege of working for. And it would be terrible if it ever went away due to the uneasy market that is internet advertising. So however it is you can support TA, please do so, because the mission of the site and the principles of the people running it deserve to be supported, and TA deserves to survive for a long time. I’ve only been here as a short part of TA’s history, but I’m proud of the mark I’ve left and that it’s left on me. As easy as taking a full-time writing job – for mobile games, even! – should be, it was a tougher decision to leave TA and the freelance life than you could imagine. Plus, I’m sure my new office will have a far stricter policy on pants than my home office does.

But this isn’t the end of TouchArcade or for me, this is just a splitting off point. I’m sure there’s some other rad contributors who can help to fill the void that I’m leaving. And this is just a new chapter beginning for me. Please follow me on Twitter as I start up my new line of work over at PVPLive, and help to spread the word of mobile games at new space. It’s makes me sad to be leaving TA, but I’m excited about the potential of what I can do with spreading the word about mobile games further out there in the gaming world.

For folks who enjoyed my Twitch streams, I’m planning on doing some streaming once I get situated over on my personal Twitch channel someday, so follow me and keep an eye out. I have one more stream on the TA channel, here Friday night at 7pm central. Come on by and reminisce about the good times.

Thanks for all your support the past three years, folks. Thanks for reading, thanks for the comments both supportive and angry, thanks for watching my streams, thanks so much. It’s silly to say, but mobile games and being able to talk about the world around them has given a lot of meaning to my life. And it’s so rewarding to see people enjoy what I do. This isn’t the end, and I hope to be talking about mobile games for a long time in the future. It’s going to be elsewhere for now, but I’m proud of my time at TouchArcade, and will be a proud reader and supporter from here on out.

Thank you. It’s been a five-star time.