Monument Valley 2‘s ($4.99) release timing was pretty impeccable, with the game popping on the App Store during Apple’s WWDC 17. And, of course, the game had the huge success of the original Monument Valley as a wind beneath its wings, so it shouldn’t be surprising that according to Sensor Tower’s numbers, Monument Valley 2 reached the top of the US App Store four times faster than the original game, which is pretty remarkable. It’s hard to know how well the game will do in the long-run, especially because the fortunes of paid games on the App Store change according to the times. 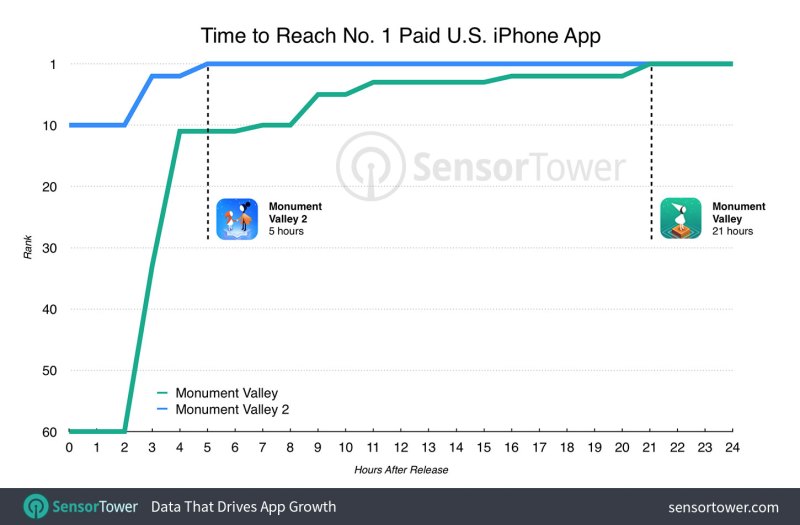 I’m glad, though, to see a game so well-made get the appreciation it deserves from paying players and that its price doesn’t seem to be an obstacle. Let’s not forget that many App Store players consider $1.99 apps “too expensive," so it’s good to know that great paid apps can still find success.