With Minecraft: Pocket Edition ($6.99) officially getting the big Minecraft Marketplace addition, we wanted to talk to the developers to get an insight look about how the whole idea came about, how they went about implementing it, what obstacles they encountered (if any), and more. So, I got to talk to John Thornton, Executive Producer of Minecraft Realms, and James Delaney, the Founder of Blockworks. I’m sure most Minecraft PE players will be happy to have access to all this new content, but let me know in the comments what you think about the Minecraft Marketplace.

Let’s talk about the game in general briefly and then we’ll shift to talk about the Minecraft Marketplace. What is the updating process? How do you decide what should be in the next update?

John: We’re a pretty collaborative team, so we work together to see what the roadmap should be. We also look at what the community is asking for and combine that with what’s technically feasible and what we’re currently focusing on to come up with what the next set of features should be. Obviously in the Minecraft Pocket Edition space, we’re looking a lot towards what’s happening in Java, and we are also coming up with entirely new things, like the work we’ve just done with Add-ons, where we’ve just launched the ability to use them to change the movements of characters in the game. We want to have things like that on mobile [since] it’s a completely different platform that needs to be thought of completely differently. So, a whole range of activities happen before we figure out what’s next, and it’s really fun and exciting to be part of that process.

Which features are really hard to bring over from the PC version?

John: There are things that are hard to do technically and things that are hard to do with a user experience that’s going to work well on the touch devices. One interesting challenge that we had with the Pocket Edition is the range of hardware, from low-end phones to PCs, different input formats, VR, AR. One of the trickiest things to do is anything that involves inputs, like Dual wielding; we have to figure out how are we going to do that for touch users, how to make that work really well. It takes a lot of time to try and figure those things and make sure we get something that works really well.

Yes, dual wielding would be hard to do on a touchscreen.

John: We’re still working through that, That’s something we’re playing around in the studio. We’re going to try a few things and we’ll find something that will work. 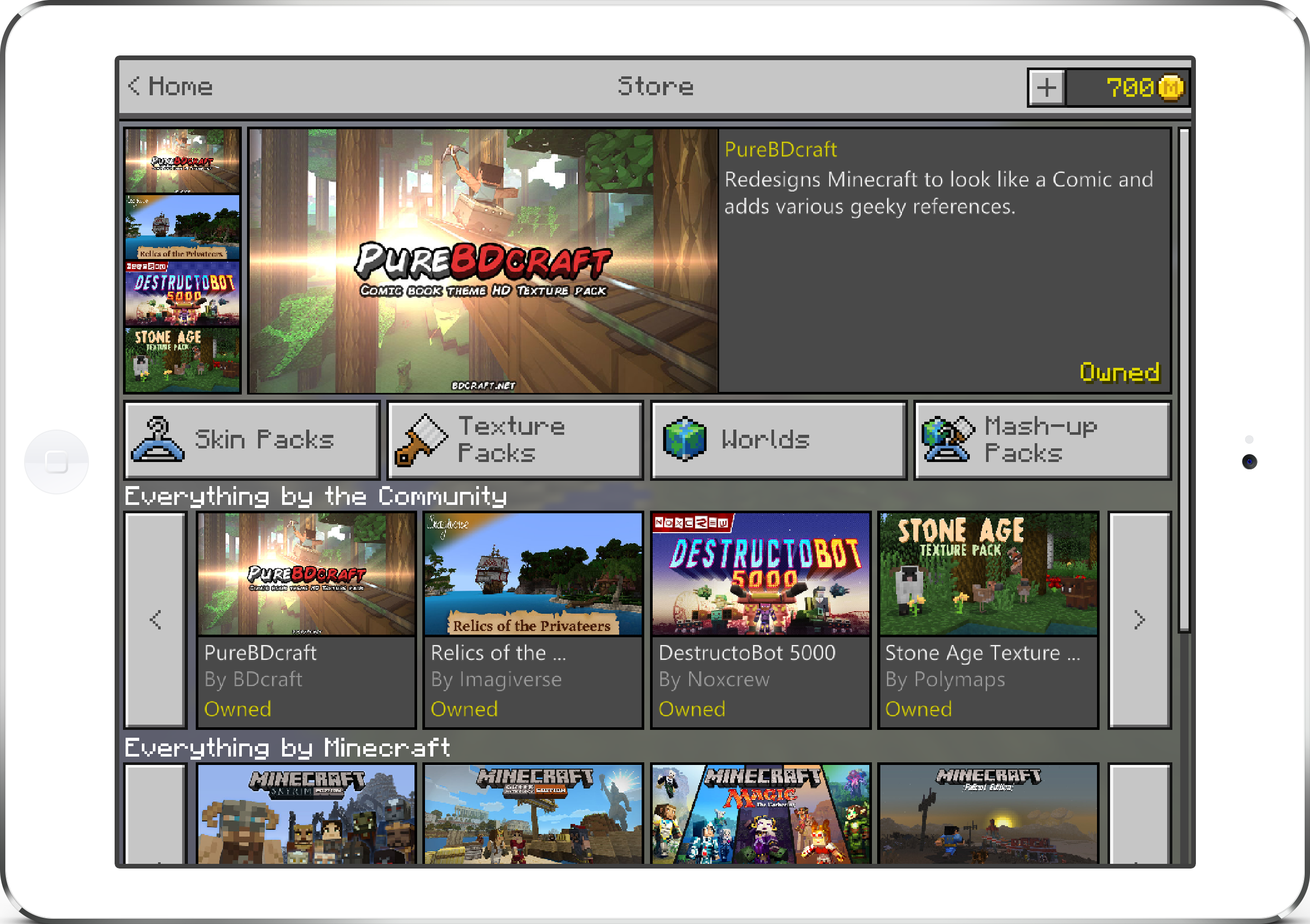 Moving to the big news of the day, how did the idea of the Minecraft Marketplace come about? Have you been thinking about it for a long time, or is it a recent idea?

John: It’s something we’ve been contemplating for a long time. The first store in PE showed up a little over two years ago. Prior to that we obviously had the store in the console edition. We knew there was an appetite for content, [but] we were surprised by well the first skins did. Then we started selling texture packs, and more recently we started selling worlds within our store. Every time we would bring a new piece of content online, we would see more people engaging with our store and the content there. The idea of the Marketplace started many years ago when we started thinking about how to add more variety and things that would connect the creative community directly to the players.

Our vision here is a creator-player connected community where creators like James (of Blockworks) can be discovered. If you think about the problems that exist in the creator ecosystem today, the biggest trouble for someone like James from Blockworks is to find an audience where they can connect directly to the players on mobile devices. Trying to get a world onto a mobile device, trying to copy a user created texture pack to a mobile device, it’s kind of challenging. You have to plug in a cable or go to a PC. So we wanted to shortcut all of that and provide a way that’s easy to get content on the devices, discover the latest and greatest stuff out there, and it’s something that allows James as a creator and any of the creators to hopefully build a business where they can create more and more content so we have a pipeline of content.

Who approached who? Did the devs go to the content creators, or was it a collaborative idea?

John: We reached to various content creators very early on in the process and asked them if we did this, how would you want it to work, what would you prefer, what would be the key things you care about, trying to establish a set of goals of what would resonate with our players and what would be good for our creators.

James, and reservations about the platform?

James: From our perspective everyone wins. We get a platform from which we can build a viable business, the Minecraft team gets great content, and the players have access to that content.

Who decides what’s going to be added to the store? How much guidance and freedom do the creators have from the Minecraft Team?

John: It’s a conversation. We work with them to figure out what kinds of things they want to bring. From there they have a lot of creative freedom on what they’ll make; we basically ask that they follow some guidelines—they need to make content that’s appropriate and thinking about the audience being on touchscreen. We expect the content to be complete and playable, but from there on the art style, the way they want to go about it, that’s really up to them. We want them to be creative, we aren’t asking them or prescribing that they do specific things. We didn’t go and ask “please make a Pirate map." They came to us with that idea. So, we want to give them a lot of creative freedom and have them create content that’s appropriate for our audience.

How did you decide which content creators to include, and are you planning to expand in the future?

John: Yes, we’ll definitely expand in the future. we’ll probably expand at a fairly measured pace, we are working with ones we have a relationship with. We sometimes talk daily with some of the creators. It’s important for us to scale in a way where we can maintain that kind of relationship with the creator. We started with nine creators, which was roughly our goal, [and] we wanted creators who were already established in the community, people already making great content and people who were working on Minecraft as a livelihood, people who were doing this professionally. If you look at the list, it’s already people from the community, if you’re an experienced Java player, you’ll recognize most if not all of the names.

That’s how we started. it wasn’t easy to pick the people to start with, but we had to start somewhere. We wanted to start with the smallest subset [so] that we could do this in a controlled way because we are doing something that’s never been done before, we’ve never had a store like this before, we never had Minecraft coins before, there’s a bunch of legal and business and a number of other discussions that had to happen to get this thing off the ground. We didn’t want to do that with 50 people. From here we will expand, so we expect to add new creators every month. 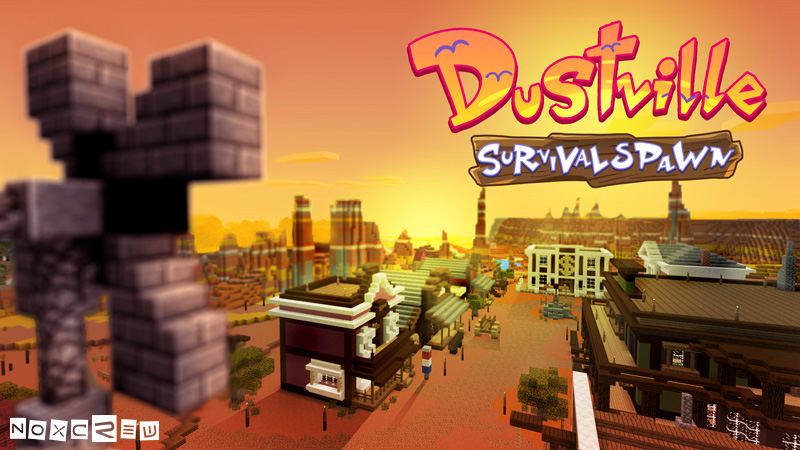 The payment model seems to be quite fair for the creators as they seem to be getting quite a big chunk of the revenue.

I see there are four categories: skin packs, worlds, mash up packs, and texture packs. Are there any other categories in the works?

John: That’s everything we’re going to do at launch. I can’t speak to the future, we may open up new areas in the future but right now we are going with these.

James: It’s hard to tell because this is a new and experimental thing and it’s hard to predict. We hope we’ll be able to focus on the best quality content that we can, and we hope it’s a solid and viable business for us. It would obviously be great to have more partners on-board because that will create competition and will keep us on our toes and make sure our content is as good as it can be. I think that will be healthy for everyone.

What about you, John, where do you see the Marketplace in a year?
John: My hope is we have a bunch of features in the Marketplace to make it easy for customers to connect with content, and we have continued to increase the number of creators in the marketplace. 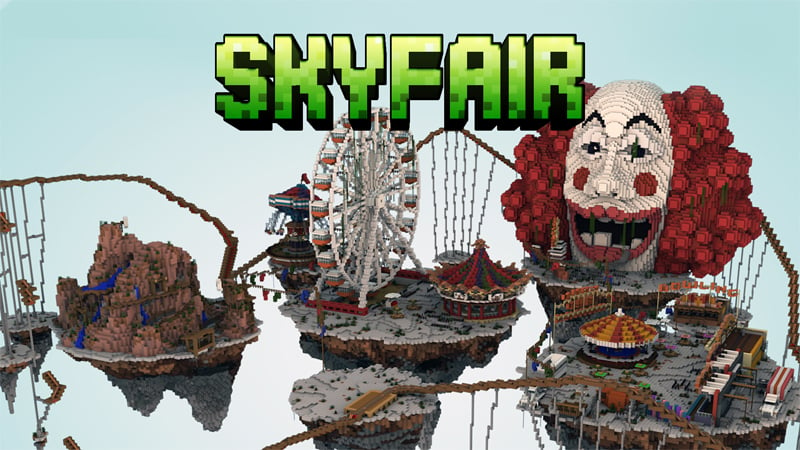 How did you decide how much to charge for each piece of content?

John: The actual prices are decided by the content creators. They decide how much profit they want to make and that decides the price. We try to have things at the same prices that we are selling content at right now. We think they are really affordable for our players and provide a lot of value, which are our goals: affordable to the average player and providing value. So, we shared that data with the creators and advised them on where we think the prices should be, but at the end of the day it’s up to the creators to decide on the price. We do have some boundaries on how expensive things can be, and in the most part we haven’t had any problems.
Final Question: Do you have a plan about the next update after 1.1?