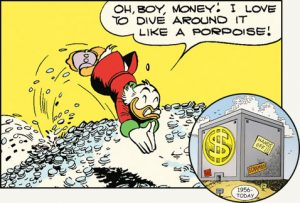 With WWDC right around the corner, Apple is jumping the gun with sharing some of their mind-boggling statistics when it comes to the App Store. Since the launch of the App Store in 2008, Apple has paid App Store developers seventy billion dollars. Additionally, app download rates continue to soar with Apple seeing an increase of 70% in overall downloads this year alone. Apple typically kicks off their WWDC keynote (which is Monday at 10:00 AM Pacific) boasting about how great everything is going, so don’t be surprised to hear even more crazy statistics like this next week.

One stat I’d be particularly interested in seeing is how that $70 billion breaks down amongst developers. From the trends we’ve seen on the App Store and the experiences we’ve heard from indie developers lately, it wouldn’t surprise me at all if that $70B has gone to a single-digit percentage of the currently registered Apple developers. “We’ve paid $70B to developers" sounds like an amazing stat, but I’m not sure it’s indicative of overall market health, rather, I’m reasonably certain all it’s really illustrating is the incredible money making machines that Supercell, Machine Zone, and others have managed to create on mobile.

Don’t get me wrong, it’s cool that mobile has seen smash hits like Pokemon Go (Free), Clash of Clans (Free), and similar… But with premium games all but becoming extinct in an ecosystem that only supports the top-end of the App Store with big-budget free to play, I’m not sure there’s tons to brag about. But, eh, we’ve ranted about this so many times now there’s not much point in getting into it again.