If you haven’t played Vignettes ($2.99), it’s worth checking out: it’s a really unique artistic experience and surprisingly challenging for something described in part as an interactive toy. Armel Gibson, one of the developers of the game, has shared some behind the scenes images of the game from a notebook featuring some sketches. One of the coolest sketches is one showing a primitive map of how different objects could turn from one into another: 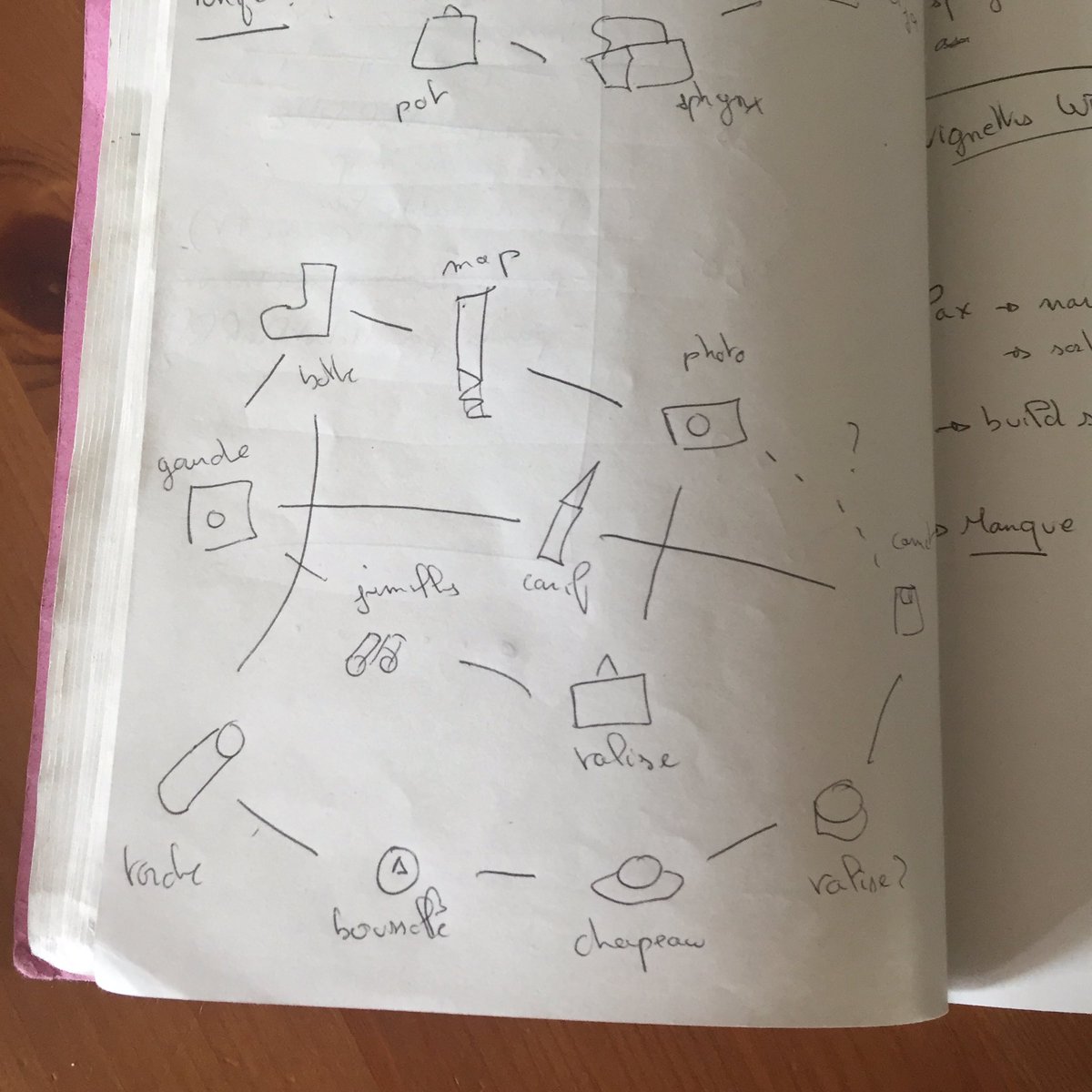 A lot of the other note are in French, so I’d be curious to hear from our French readers what some of these notes mean! Much like the Old Man’s Journey ($4.99) production artwork revealed, I love seeing this sort of thing from developers. Share these things more often, developers: they’re really fascinating and can help show how a game goes from idea to completion.