This week’s Hearthstone (Free) Tavern Brawl is one for the nostalgic among us. A Peek to the Past does away with all the expansions and adventures and, instead, turns back the hands of time to (almost) the beginning of Hearthstone. This week’s Brawl will have you building a deck only with Basic and Classic cards, although there won’t be exactly what older players will remember since we’ve had some nerfs and the Hall of Fame cards. Still, it will be fun going back to the good old days of the all-mighty Chillwind Yeti. The Brawl won’t allow you to use any Legendaries or Epics, which should make for some interesting decks. 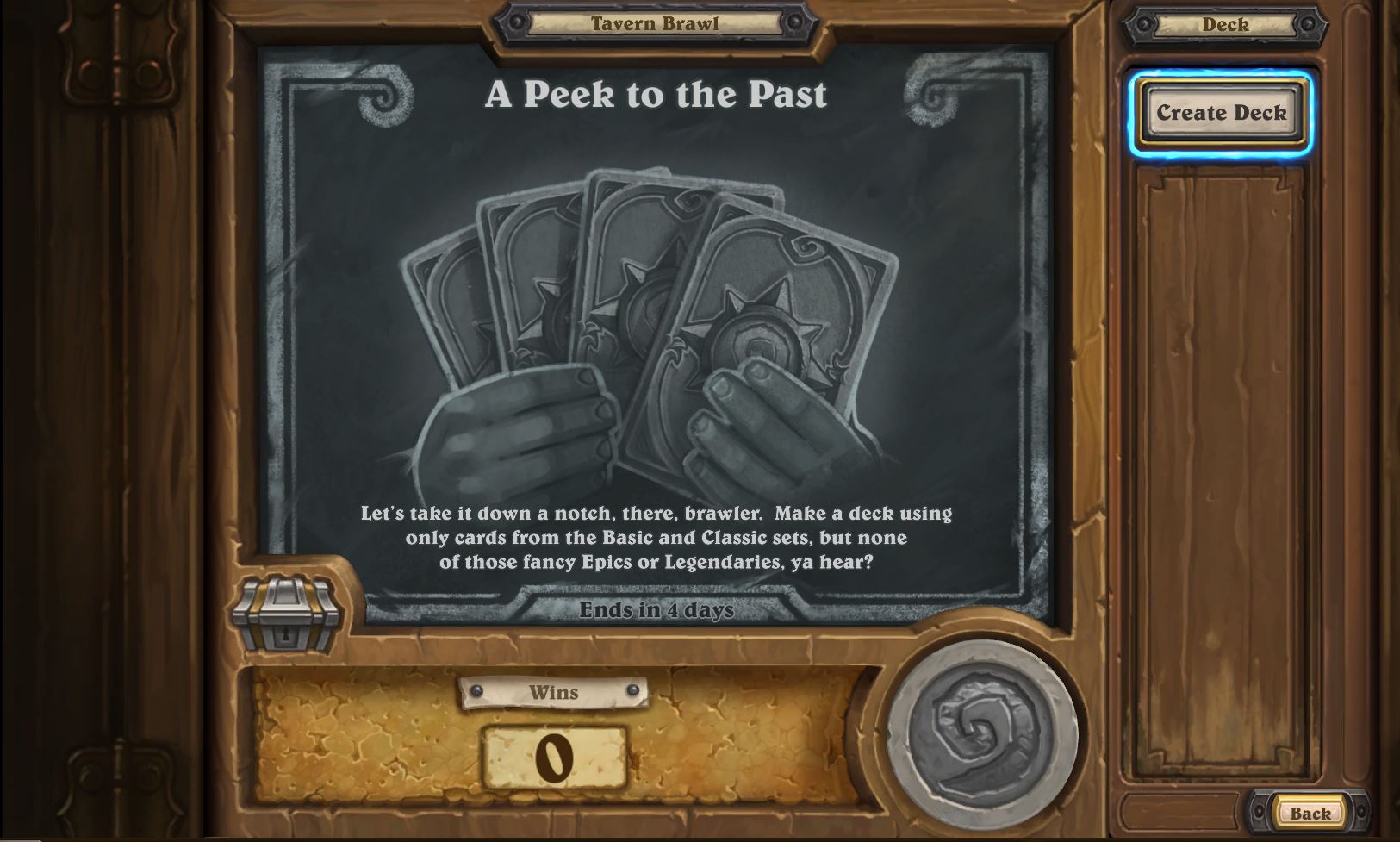 A Peek to the Past is a pretty cool idea, and I wonder if it would be a fun mode to have in the game in addition to Standard and Wild. It’s been so long since I’ve played with these cards that I don’t remember what kind of decks we might get out of them, but I’m curious to see. The Brawl is live in the Americas, so go back to the past.