In July of last year Hidden Variable Studios announced that they’d be bringing the cult hit fighting franchise Skullgirls to mobile. Rather than mimic its older console siblings with a mess of virtual buttons, Skullgirls on mobile was taking the streamlined, gesture-based mechanics that have proven to work so well in other touchscreen fighters like Injustice and Marvel Contest of Champions. After announcing the game would be published by the almighty Line Corporation, Skullgirls went into a soft-launch/beta period earlier this year, which then brings us to today where Skullgirls (Free) has officially launched on the App Store. It’s showtime! 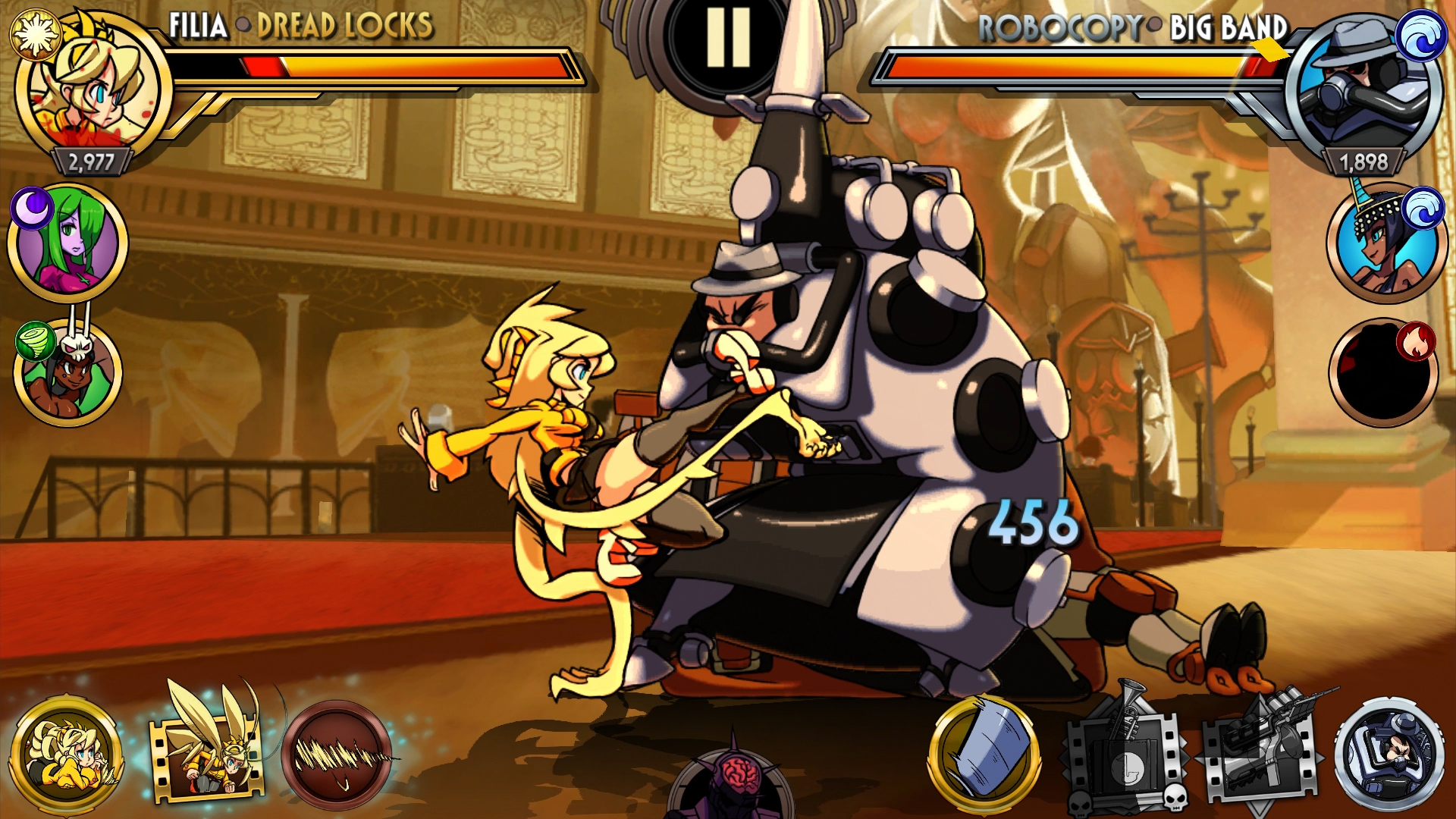 I’ve been playing Skullgirls since the soft launch a few months ago, and as an avid fan of both traditional arcade fighters and the streamlined mobile takes on the genre, this definitely ranks up there among my favorites. The fighting mechanics are super tight, and despite being simplified for touch you’re still able to chain together cool combos and even do pop-ups and air juggling moves. It feels a lot more organic compared to similar mobile fighters, which tend to feel canned and rigid. Also, the beautiful art and animations that the series is known for have made their way to mobile in full, along with a gigantic roster of wacky and downright absurd characters. The jazzy, post-WWII theme also sets Skullgirls apart from your typical fighter.

As for the free to play system, it’s pretty standard here. You’ll unlock new characters and special moves by way of a gacha system, and you can use duplicate characters to level up and evolve your existing characters. There is an energy system, but it’s per-character energy similar to the first Injustice as opposed to a shared pool of energy like what’s used in Injustice 2. I far prefer this way of doing an energy system as once you’ve built up a decent sized roster energy almost never becomes an issue, and it also forces you to use your full roster of fighters and gives greater purpose to your less-powerful characters.

Overall I’m really digging Skullgirls on mobile. There’s still some questions as to the balance and grindiness of the later stages of the game, but so far this has become my favorite mobile fighter. If you’ve enjoyed other streamlined mobile fighters then definitely give this one a spin and drop by the forum thread to share your thoughts. Also, be on the lookout on our Twitch channel as Carter will be playing Skullgirls with the developers on stream tonight at 7pm Central, so if you’ve got some comments for the team or just want to see the game in action be sure to check it out.