This was an absolutely fantastic week for new iOS games, but if the words horizontal shoot ’em up, roguelike elements, and extreme difficulty get your motor humming then boy do I have a treat for you. It’s called Steredenn ($3.99), and even though I’m still not totally sure on how to pronounce it, it’s one of the finest games I’ve played this week, and indeed this entire year. Steredenn is all about… well, I guess I kind of spoiled it already. It’s a tough, roguelike horizontal shooter that launched on Steam back in 2015 to incredibly positive reviews, and this week it has made its way over to iOS with a few changes in tow. 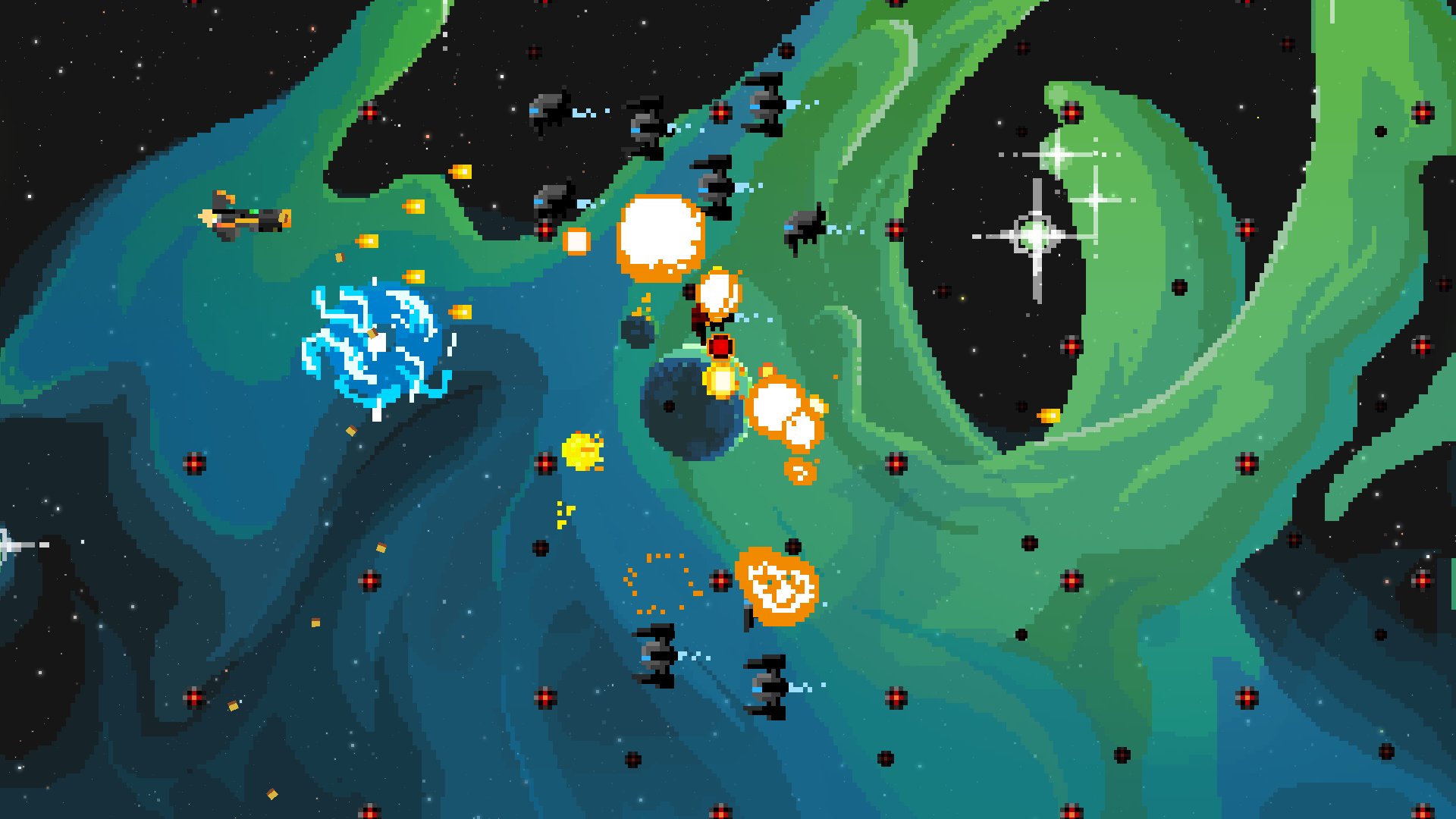 The first thing I want to touch on about Steredenn is its absolutely fantastic sense of progression. It’s roguelike in that it’s semi-randomly generated each time you play, and your goal is to beat a level and move on to the next until you die, in which case you’ll start out at the very beginning again. Each time you beat a level you also get a random selection of power-ups to choose from, like a weapon upgrade, a special item like a shield, or a score increaser. These choices can drastically change how well you do and it’s a lot of fun to experiment with the different options to see what suits you best.

Related to the progression is the difficulty, which is tough but tuned oh so nice. The first level and boss fight doesn’t pose much of a challenge but it’s a great level to get you in the groove for the ones that come after. The rest of the game ramps up in such a way that you just KNOW you can do better the next time and make it even further on that next run. Also, despite being semi-random, the patterns and difficulty of the enemies never feel like a disorganized mess. Many shoot ’em ups rely on rote memorization and mastery of levels, which is GREAT don’t get me wrong, but Steredenn throws challenges at you that are easily recognizable in the heat of the moment and never makes you feel like you got screwed by the RNG without also being the exact same each time. 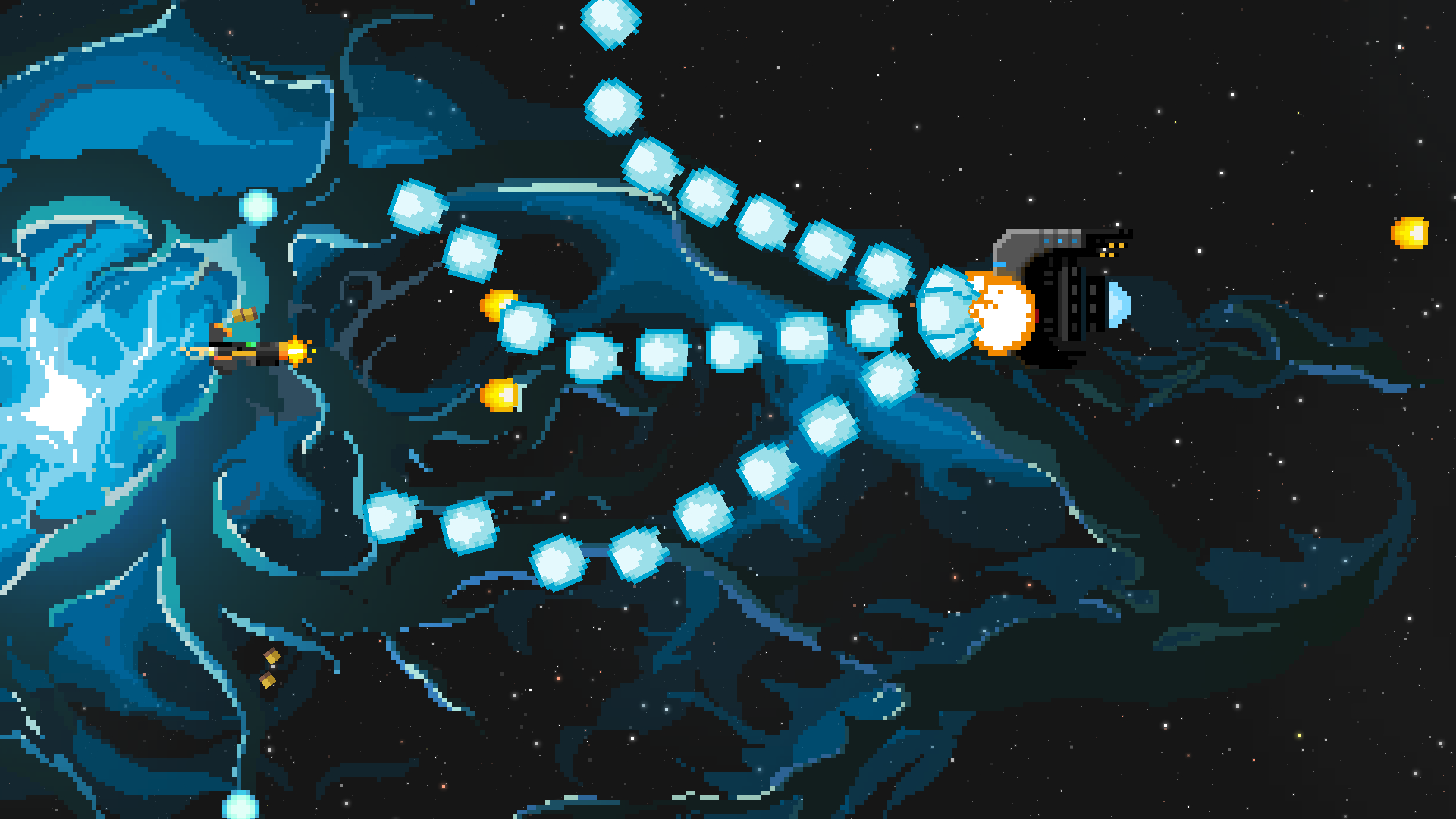 On iOS in particular, there are a couple of really smart design choices tailored to the touchscreen. The entire left side of the screen is relative ship movement, and the entire right side fires your weapon, and swiping up on the right will also switch between your two weapons. However, when you come across power-ups when playing, you’ll quickly double tap the right side while hovering over it to choose to pick it up. You know how annoying it can be to have a particular weapon you like but accidentally run into a different one floating around that forces you to pick it up instead? That’s not a problem here and it’s a simple and elegant solution.

Even more impressive is how the game handles your thumb being on the screen. Whenever your ship is maneuvered to where it’s about to be obscured by your thumb, a crosshair expands across the screen which tells you where your ship’s hitbox is located both horizontally and vertically. It’s an ingenious solution and actually gives you the ability to judge where your ship is even when you can’t see it. It’s the sort of thing that after I saw it I wondered how nobody had thought of it before, but it will definitely be hard to go back and play similar games that don’t have this feature.

Finally, not that I couldn’t go on and on some more, I have to make special mention of the production values in Steredenn. Really excellent pixel art, a kick ass metal-y sountrack, and more bullets and particle effects flying around the screen than you can shake a stick at. This game is turned right up to 11. Coupled with its entertaining as hell campaign, an unlockable boss fight arena, and a unique daily level and this is one of those games where I struggle to find anything bad to say about it. As one of our community members said in the game’s forum thread, “This is like Wayward Souls of shmups!!!" and I feel that is so on the money I have no problem stealing it for this post.