Nostalgia can be dangerous. While some of the greatest projects in recent years have drawn from old design philosophies and reintroduced to a new era to some success, strict adherence to outdated concepts can be disastrous. You run the risk of not only limiting your audience to an older generation, but creating a work that’s boring and unbending. Clockwork Pixels decided on a mixture of those dueling ideas with Citadel 1986 ($0.99), and mostly came out on top — as long as you have a soft spot for platformers.

Although there’s a tenuous narrative involved, you don’t really need to pay attention to it and it doesn’t really pay off. Several seconds into Citadel 1986 you’re thrown into what seems to be a dangerous labyrinth full of keys, only to be greeted by a giant television screen. Come to find out it’s a literal citadel created 30 years ago, full of decaying old machines hell-bent on revenge, with a mysterious creator at the source. I actually like that there’s some attempt to connect the plot with the fact that you’re squaring off against forgotten technology, but again, it’s more like window dressing than anything substantial. 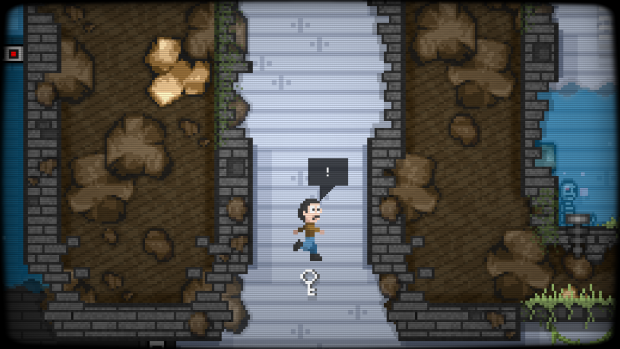 The bulk of your time in Citadel 1986 will be spent platforming through relatively fresh courses, blocked off by segments littered with the aforementioned keys. If you collect enough you can move on to the next area, and so on. Although it is broken up into sections it is technically one giant board, which adds some allure to the whole affair even if you’re just going to be exploring bits at a time (though there is some backtracking so be warned).

It’s tougher than it sounds though. Basically everything can kill you, and Spelunker (and more recently, Spelunky) style, you can instantly die if you fall too far. It’s not drastically difficult like a lot of the games it draws from (you can reasonably beat it in a few hours even if you die all the time), but with complete lack of combat abilities your own dexterity is your only defense. 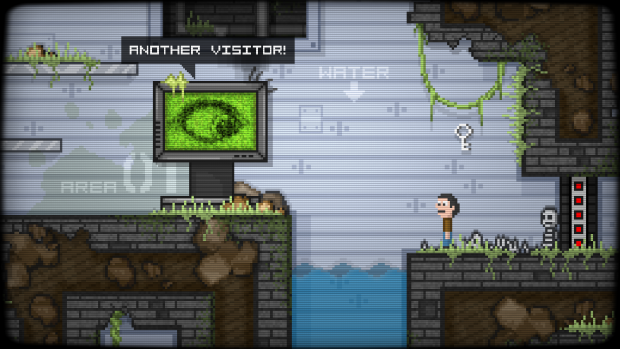 Although a lot of the hazards and jumping puzzles were well crafted, the enemy sets on offer were pretty disappointing. Having to navigate various platforms that are weaving in and out of the foreground and deal with some simplistic, but effective water sequences was a lot of fun, but generally every adversary in the game looks and feels the same. They’re over-sized relics that essentially move back and forth– it’s something that gets old pretty fast outside of a few boss-like encounters.

All of the level transitions reminded me in a way of VVVVVV. They each have their own theme and moniker, and just like that classic, the checkpoint system is forgiving. More forgiving actually, as you keep the keys you’ve collected in an area, so if you launch yourself into the abyss going after a key you can keep it. 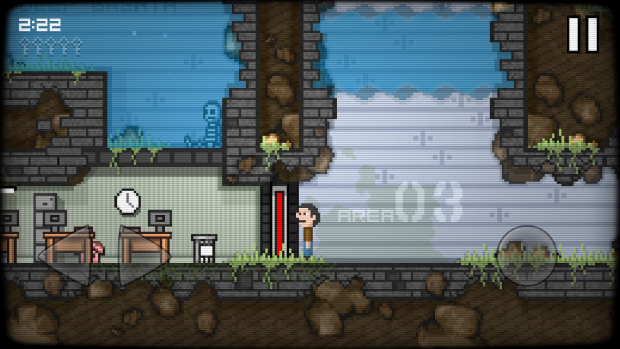 Although it bills itself as a Commodore 64 joint the entire style is a good mixture of both the 8 and 16-bit aesthetic. My favorite aspect is probably the distorted audio for the voices, which emulate those hackneyed attempts to get people to speak before the technology was really there yet. Although the voice work tends to all sound the same, it was a good attempt to add some uniqueness to Citadel 1986 that isn’t replicated as much today. In that way it’s very true to itself and doesn’t go overboard in just borrowing heavily used precepts of retro games.

After everything is said and done, all you have to show for your success is your time. There’s a constant timer on-screen at all times, something I didn’t really pay much attention to at first, which is tinted towards speedruns and replays. But given the rather unsatisfying conclusion, I think I’m good just having played it once, or maybe going back to it every so often after placing it in my “keep" folder.

Citadel 1986 is unremarkable at first glance and shines the more you experience it. While playing through many zones I had a visible smile on my face, wading through water for the next key, not wanting to put it down, and being positively reinforced after a death with a quick restart. But only the most dedicated of retro enthusiasts will get anything out of it compared to some of the more inspired work being released on mobile devices today.