There are a ton of roguelikes, roguelites, and roguelike variants on iOS. Collectively, the genre is nearly as prolific on mobile as puzzle games and Kemco RPGs are. While there’s always going to be an audience of some size craving more coal for the fire, going beyond that audience takes some clever, out-of-the-box thinking. To an extent, MicRogue ($1.99) had that. Developed by Jason Pickering and published by Crescent Moon, MicRogue offered up a heavily streamlined roguelite experience blended with an interesting chess-inspired twist. Its strong focus on positioning and predicting enemy moves helped it stand out a little bit. Pickering’s latest roguelike-inspired game is Ms. Spell ($1.99), and it’s unfortunately not quite as interesting.

As in MicRogue, your goal in Ms. Spell is to reach the end of a 10-floor labyrinth. This time, you’re looking to retrieve your magic book, and once you collect it, the game is over. Each level is arranged to fit a single screen, and while each floor’s exit is in a different place, it’s always clearly marked. Naturally, you’ll have to contend with a number of monsters on each floor as well. It’s up to you whether you want to tackle them or make a straight beeline for the exit, though there’s honestly little incentive to fight unless a creature is in your direct path. The game proceeds in the usual turn-based fashion, with all enemies taking one turn for each of yours. You can spend a turn by moving one space in any of the cardinal directions, attacking an adjacent enemy, using an item, or casting a spell. 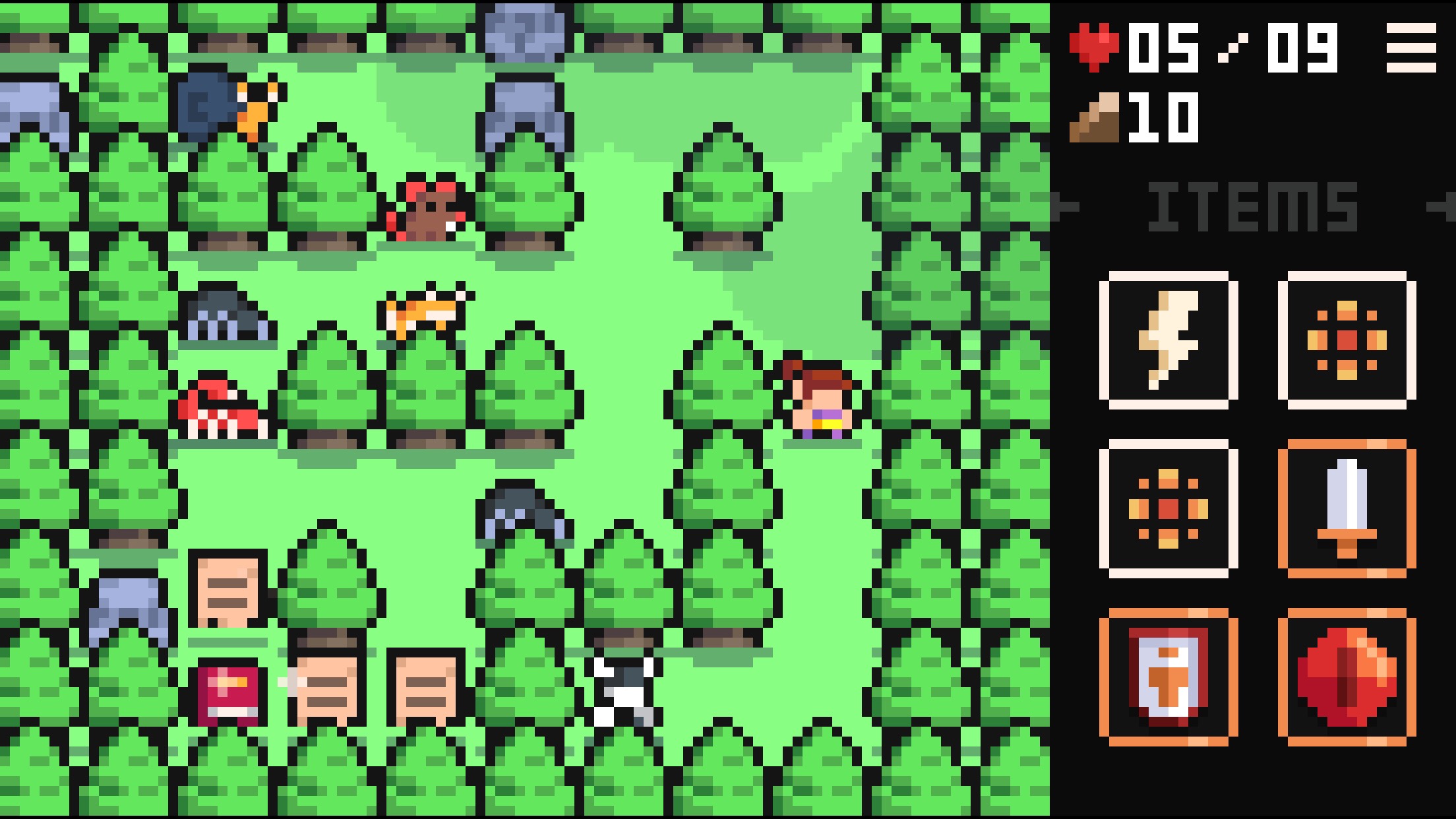 The spells appear to be the star of the show here. Pages from your precious book are scattered throughout the levels, and collecting one will give you a random spell that you can use. These include, for example, a fireball that hits all four of the adjacent tiles, a healing spell, a lightning bolt that can strike any target in your line of sight, and so on. You’ll also occasionally find a chest that contains an item. This might be a sword that allows you to deal extra damage with a regular attack, an HP-boosting shield, or the like. You don’t need to do anything special to use this gear. Simply having it in your inventory is enough. That’s where the rub lies, however. Your inventory space is quite limited, with only six spots available for all of your items and spells. The idea here is to keep you using what you’ve got instead of hoarding it. This also forces you to make tough calls about keeping permanent items versus having another spare spell slot.

Most of the game’s variety comes from its menagerie of monsters. Each of them has slightly different properties and behaviors. Speedy spiders take two turns for each of yours, while tricky foxes can breath fire from a distance. You don’t have enough hit points to afford letting the enemy take the first shot too many times, so you always have to be thinking about how to arrange the situation to let you strike first. Indeed, sometimes the best use of a spell is simply to pass a turn and put you in a more advantageous position for the next one. The game so far contains just one monster that could be considered a boss or mini-boss. You don’t have to fight it, but if you manage to kill it, you’ll be rewarded with some goodies. 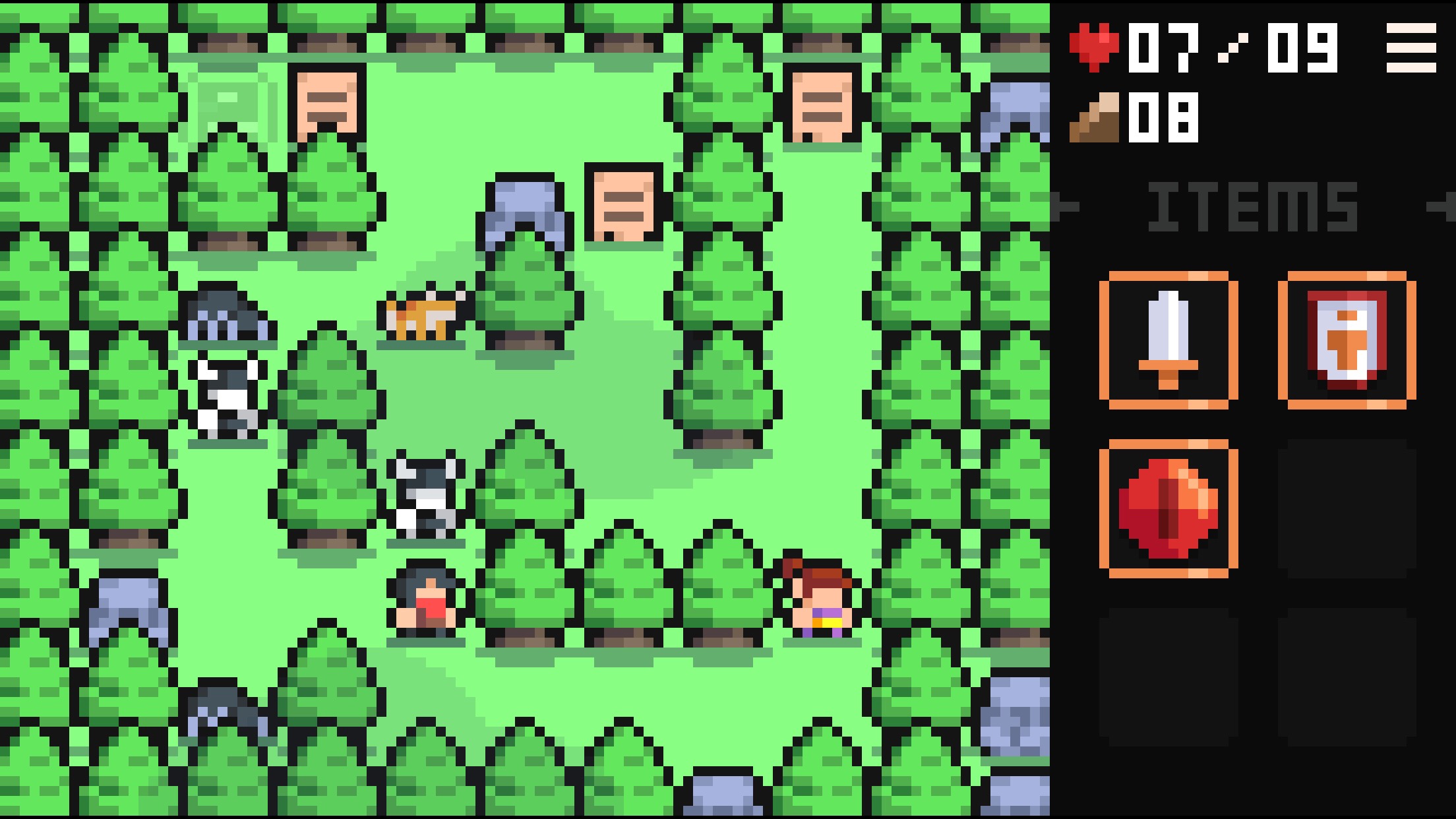 There’s not much more to Ms. Spell than that. As you play, you’ll unlock more spells and monsters by achieving certain targets and milestones. That adds some extra spice to the game, but I found that it came too slowly to keep my interest. In its base form, Ms. Spell is one of the easier games of this sort that I’ve ever played. While the added monsters make things a bit tougher, I’m not sure that there’s sufficient incentive here to keep playing until enough of them unlock to make things more interesting. To state it simply, I have no desire to play easy mode several times just to unlock a marginally higher difficulty. That’s just what Ms. Spell expects you to do, though.

The sad thing is, the game is basically fine. It doesn’t do much to distinguish itself, but it would be a perfectly serviceable entry into the genre if it had more bite to it. With just 10 single-screen floors, however, your adventure rarely gets hairy enough to generate that pleasant panic-relief sensation that this genre desperately leans on. Your resources are plentiful, and you don’t have any reason to battle anything that doesn’t stand directly between you and the exit. In a deeper dungeon, habitual fleeing might eventually land you in trouble, but Ms. Spell tends to end before your luck runs out. Perhaps equally bad is that there are no unexpected sights to look forward to. There is just one tile set in the game so far, and beating the game merely tosses you back to the first floor of the same location. 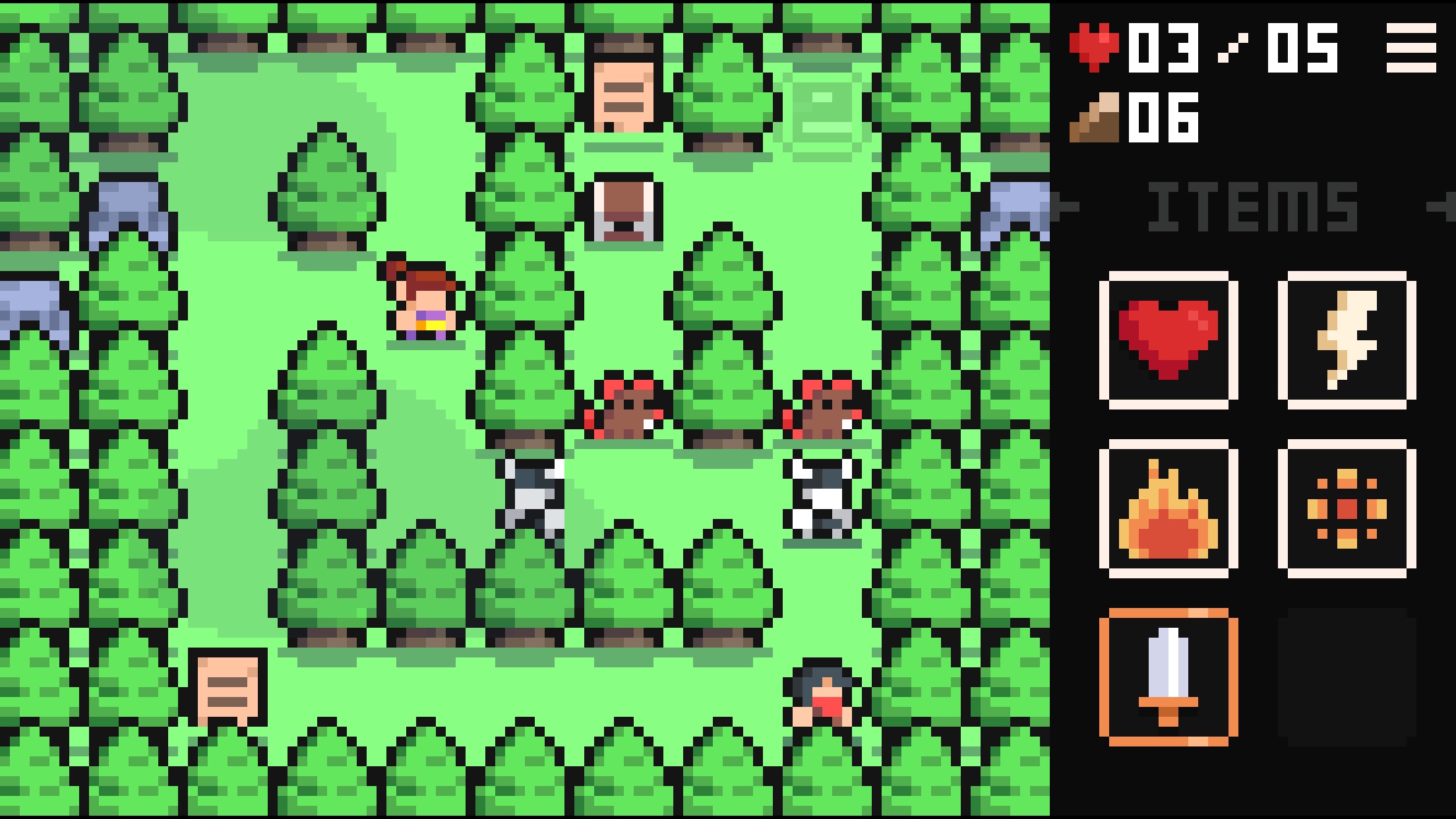 It should be stated that the developer plans to add more content into the game. Additional tile sets, new monsters, and new spells should arrive at some point. Potentially, even some longer dungeons may be added. I don’t think it will take a lot of hammering to make this into a more challenging game, and it will be all the better for it. That will just leave Ms. Spell with the problem of being a rather ordinary example of its genre on a platform positively drowning in more interesting ideas. I suppose if you like the idea of a roguelite but find the general difficulty of the genre intimidating, you might enjoy Ms. Spell. Otherwise, this is a hard game to recommend in its current form.