Over the past week or so, London has been spared of the typically bleak English weather – essentially dark, dismal clouds, chilly temperatures and perpetual rain, if you’re lucky enough to be unfamiliar – and has instead been blessed by beautiful sunny spells. Hopefully readers from around the globe are experiencing similar improving outlooks as we slowly creep towards Summer, and what better way to celebrate such heat waves with a brand new Kairosoft skiing game! In fairness to the Japanese developer, the alpine season is still in full swing over the Easter period, and nothing is better than propelling yourself down a mountain in the glistening sun. Shiny Ski Resort ($4.99) also looks like a radical iOS simulator – with the typical Kairosoft formula of building a hotel supplemented by some neat skiing mini games, this latest title appears to hijack the developer’s downhill descent of late, and is available to download for $4.99 today on the App Store. 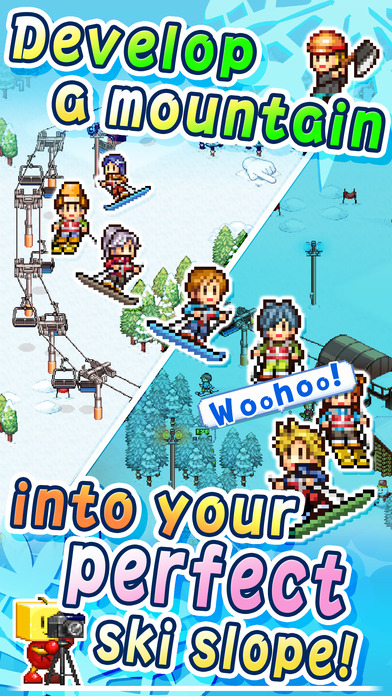 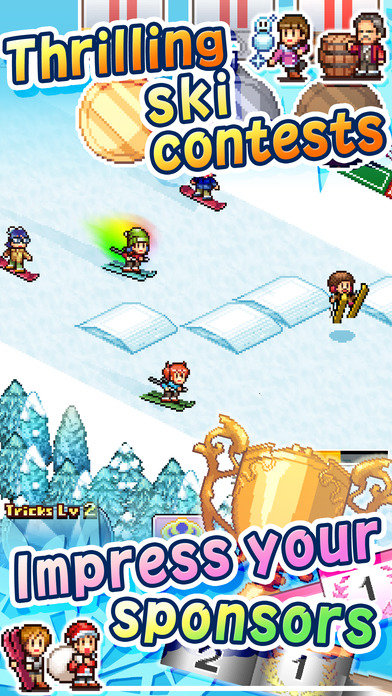 While Shiny Ski Resort describes your construction as a ‘small hotel on a snowy mountain’, don’t expect to be lounging around whilst downing shots at 3am in the bar. Instead, the lodge serves more as an extreme training camp for your residents, as you watch them improve their skiing skills until they can represent the resort in competitions and achieve eternal fame and glory (as well as a lot of sponsor money). This interconnection between building your dream skiing resort and hotel with the actual competitions is particularly neat, and takes the typical synergy you’d expect in a Kairosoft game – say, the developing of a game and releasing it to sale in Game Dev Story ($4.99) – to a more interactive level. Of course, this is a Kairosoft game at heart, and so fans should know what to expect by now, for better or for worse. That being said, this snowsports setting stands out amongst some of the more tedious releases from the developer, and as a result Shiny Ski Resort is certainly not on thin ice. Download the game on the App Store now, and head down to our forum thread for more discussion about this latest Kairosoft release.