I learned golf from the NES, and the SNES changed my perception of how far the concept could go. One of the most engrossing games I’ve ever played was Kirby’s Dream Course on the Super Nintendo. I waltzed right into a Blockbuster Video one day and picked it up just because of the cover, and three days later I wasn’t ready to return it.

If you’ve never played it before, think traditional Kirby, powers and all, melded with golf. It’s easy to explain, but once you get involved and start experimenting with tactics like blowing up walls to reach the hole faster or jumping over obstacles, it gets more and more addicting. There haven’t been very many hybrids in the space since, until Golf Zero (Free) came along that is. 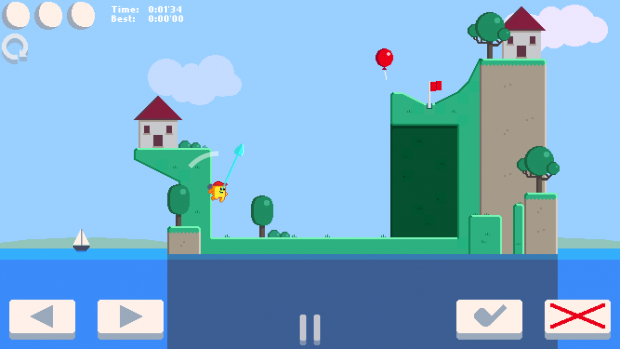 The premise is basically Super Meat Boy meets (ha) golfing. There’s wall-jumping, hazards to avoid, and of course, golf involved. But I really appreciate how the team doesn’t go overboard with the former. There was probably a natural temptation to make players go through obstacle courses and ostensibly turn the game into a platformer, but those bits are secondary. Instead, there’s usually a unique angle to figure out so you can get to the most important part, the shot. Hazards occasionally get a little dicey, but there are multiple ways to solve most of the levels, so you’ll also be relying on your ability to aim.

While Super Meat Boy is a much faster game overall, the comparison is apt in more ways than one. You’re going to die a lot, for starters. Well, die, and miss shots, which are essentially one and the same. Just like Meat Boy I wouldn’t say that Golf Zero ever feels “cheap," either, as most of the levels are designed in such a way where you can plot out the correct course of action without guesswork. The camera zooms out enough where you can see what’s going on, and the layouts aren’t so labyrinthine that you’re going to get lost. 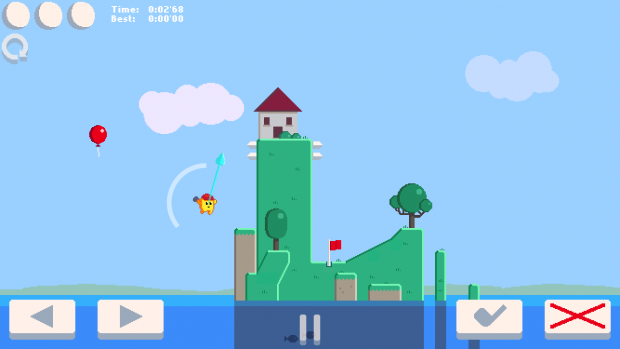 It’s also a little more easy going than your average platform. Taking a page right out of golf’s playbook you can take your time and move your character at your own pace with left and right virtual buttons, as well as a jump and shot option. Whenever you decide to shoot you’ll have three tries to sink it, which can be taken individually or rapidly when you’ve lined up the perfect arc. A slow motion aerial shot power makes it even easier to do. This is probably Golf Zero‘s biggest strength, and what sets it apart from a lot of other puzzle games out there. It doesn’t necessarily feel like it belongs to any one genre.

If you’re keen there’s also a speedrun mode. It’s such a little thing, but with the rise of video feeds and the like it’s an achievement that you can share more often with friends, some of whom will entice you to play even more to slice off mere seconds (a built-in screen recording feature helps). I wish more games like this had this extra, and with the level-based nature of Golf Zero it slots in perfectly. That said, it only applies to a select few levels, which is a shame. 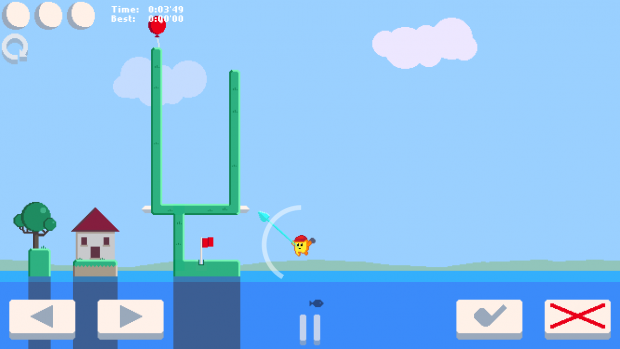 Provided that you don’t spring for the ad removal IAP, you might get annoyed. It starts off fairly innocuous, as the ads mostly show their face after a failure, and those don’t happen often in the early levels. But once you start getting deep into Golf Zero the difficulty really ramps up, and things start to get really hairy. If you’ve made it that far you may as well throw a couple of bucks to the developers to remove the ads, but if you’re the type of person who likes to have free games stay free, just be aware that it could get frustrating.

My chief complaint about Golf Zero is that there isn’t more of it. This is the kind of game I could play for hundreds of levels at a time, and although there is more content in the pipeline it couldn’t come soon enough. The 40 standard levels won’t take you that long to blaze through, but that’s because they’re so addicting to knock out in rapid succession. With a more forgiving ad system and some extra levels it would be even easier to recommend.