With Apple’s “Celebrating Indies" promotion running for the past week or so, this has been one of the highest concentration of great game releases that I can remember. I often complain about how hard it is to pick just one Game of the Week, but for realsies this time guys, this was a hard one. In the end, it was Ticket to Earth ($4.99) from Robot Circus that won my heart over. It’s something of a hybrid of turn-based strategy, matching, and RPG, and being that those are three genres that I don’t particularly care for I can’t believe just how well they go together to form something that I’m truly in love with. 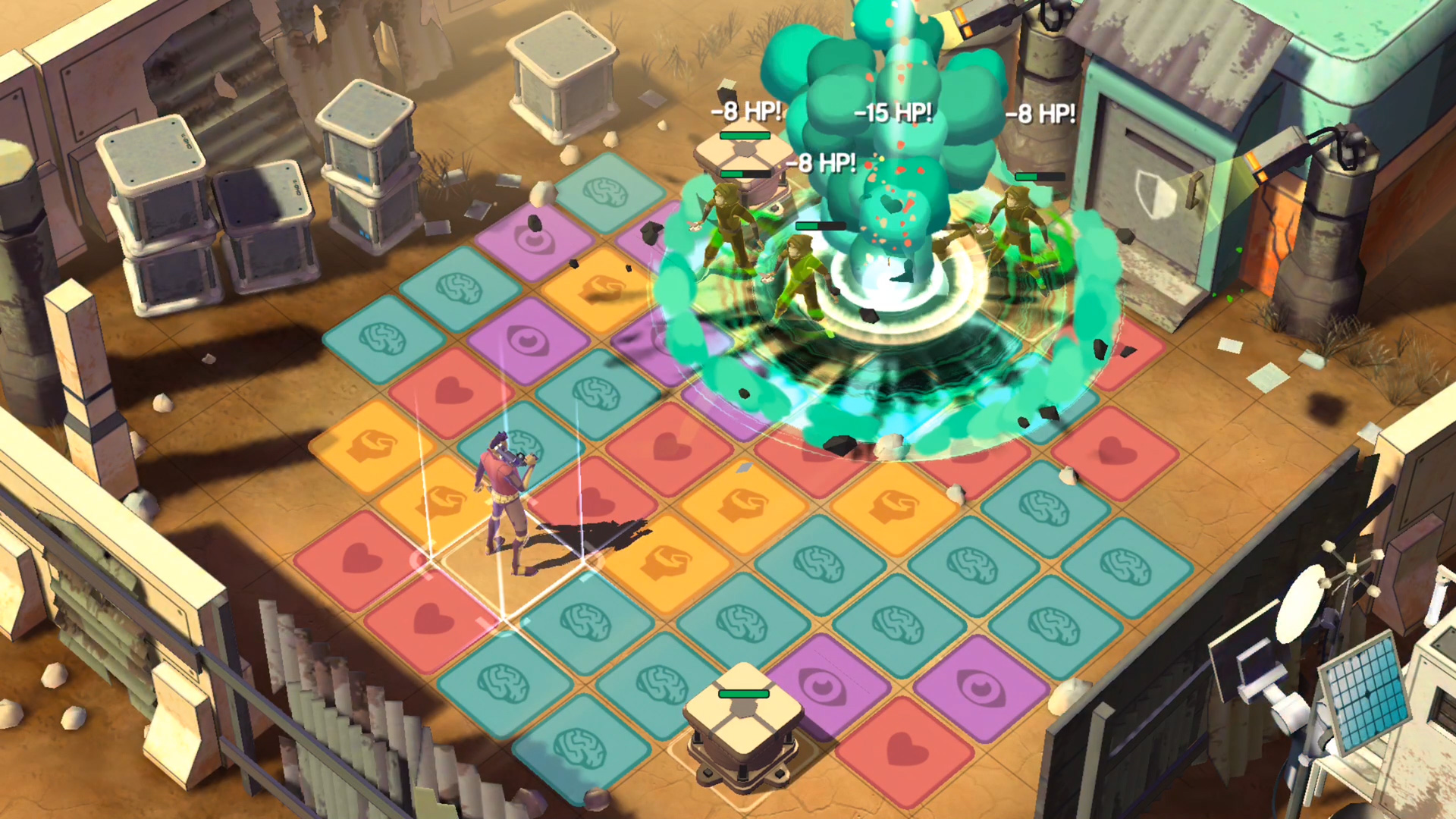 Ticket to Earth plays out on a grid from an isometric view, with you and your opponents each taking turns either moving, attacking, or performing some other action. The grid itself is made up of colored tiles and this is where the matching game comes into play. Similar to games like Dungeon Raid, you’ll drag through a line of same-colored tiles to move your character across the board. Longer matches give you bonuses, and depending on which color tile you’re matching you can build up your character’s different abilities.

I’ve heard Ticket to Earth described as a “match-3 with a twist!" which is right up there with “WARNING: Addictive!" with tired mobile game tropes. However, calling it a match-3 in any way doesn’t do it justice. True, it uses that drag-to-match system as a main mechanic and it adds an extra layer of strategy to how you play, but this feels first and foremost like a strategy RPG. Don’t let the matching comparisons fool you or scare you away; this is a truly tactical game that will test your turn-based strategy skills.

This is all wrapped up in a cool sci-fi world with fantastic music (seriously, turn the sound up) and a really neat comic book-esque art style. Along with an engaging story, a deep system of items, weapons, and upgrades scratches that RPG itch, and although this is only Episode 1 of 4 planned episodes (which are being released as free updates and are all already well into development) there is a TON of content here. I’ve been helplessly engrossed in Ticket to Earth since its release, which was a pleasant surprise as it didn’t strike me as my type of game. Don’t take my word for it though, as players in our forums have been loving it too, and in an incredibly strong week of new games Ticket to Earth has battled its way into our Game of the Week spot.