Pete Ellison is about to unleash an abomination onto the world called Breakforcist. Normally, I’d use my writer skills to come up with an amusing description, but I don’t think I can top Ellison’s work here: “It’s a super cute neon breakfast/exorcism themed brick-breaker game, kind of like Arkanoid & Bust-a-Move had a demon baby. At an IHOP." Video games are the best. Break some bricks, exorcise some demons, eat some breakfast, all at once!

I’m up for a good brick breaker – especially one that only has me controlling one paddle after the madness of the two-paddle MUL.MASH.TAB.BA.GAL.GAL ($2.99). This is Pete Ellison’s first game release, and he’s going all out. He wrote the game and composed the soundtrack himself, and he’s releasing the soundtrack on Bandcamp (the best music distribution platform on earth), but also with a 7" vinyl featuring four tracks from the soundtrack:

And yes, the vinyl looks like an angry fried egg. 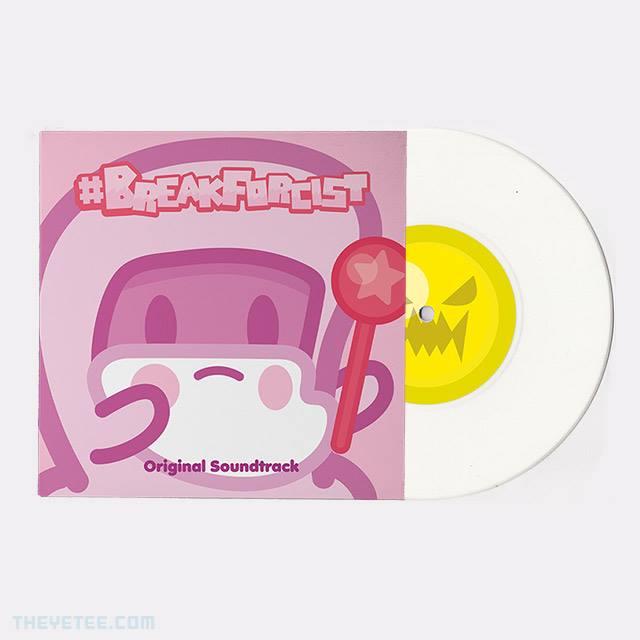