I’m still not fully sure what to make of Strange Telephone ($3.99), a surreal adventure game from Japanese indie developer Yuta Yamamoto. I had a chance to speak to the developer several months ago, and he told me that he was inspired by the now-classic Japanese indie game Yume Nikki. Even if he hadn’t directly said so, though, the connections are obvious. This is an odd adventure game about a young girl exploring what appears to be a bizarre dimension where nothing really makes much sense. Boiled down to its essence, this is a point and click adventure that throws in both a random component and a limited amount of moves to solve everything. The presentation makes it more than that, but only just.

You play as Jill, a young girl who wakes up in front of a huge locked door in a dark, confined world. To the left, a lantern that will help light your way. To the right, a directory that starts empty but will soon be full of six-digit numbers. But the most important thing in this room is the strange, one-eyed telephone that floats above Jill’s head. His name is Graham, and he’s your portal to the many strange dimensions you’ll need to visit in order to get through that door. Simply tap a button to dial, choose any number you want, and you’ll be whisked away to a unique area that may or may not have something you need. But be mindful of your moves. Each trip causes the Glitch Meter to increase, and if it fills up, your game is over. There are five endings in total to find, though I’m not sure whether or not you’ll be motivated to play Strange Telephone long enough to uncover them. 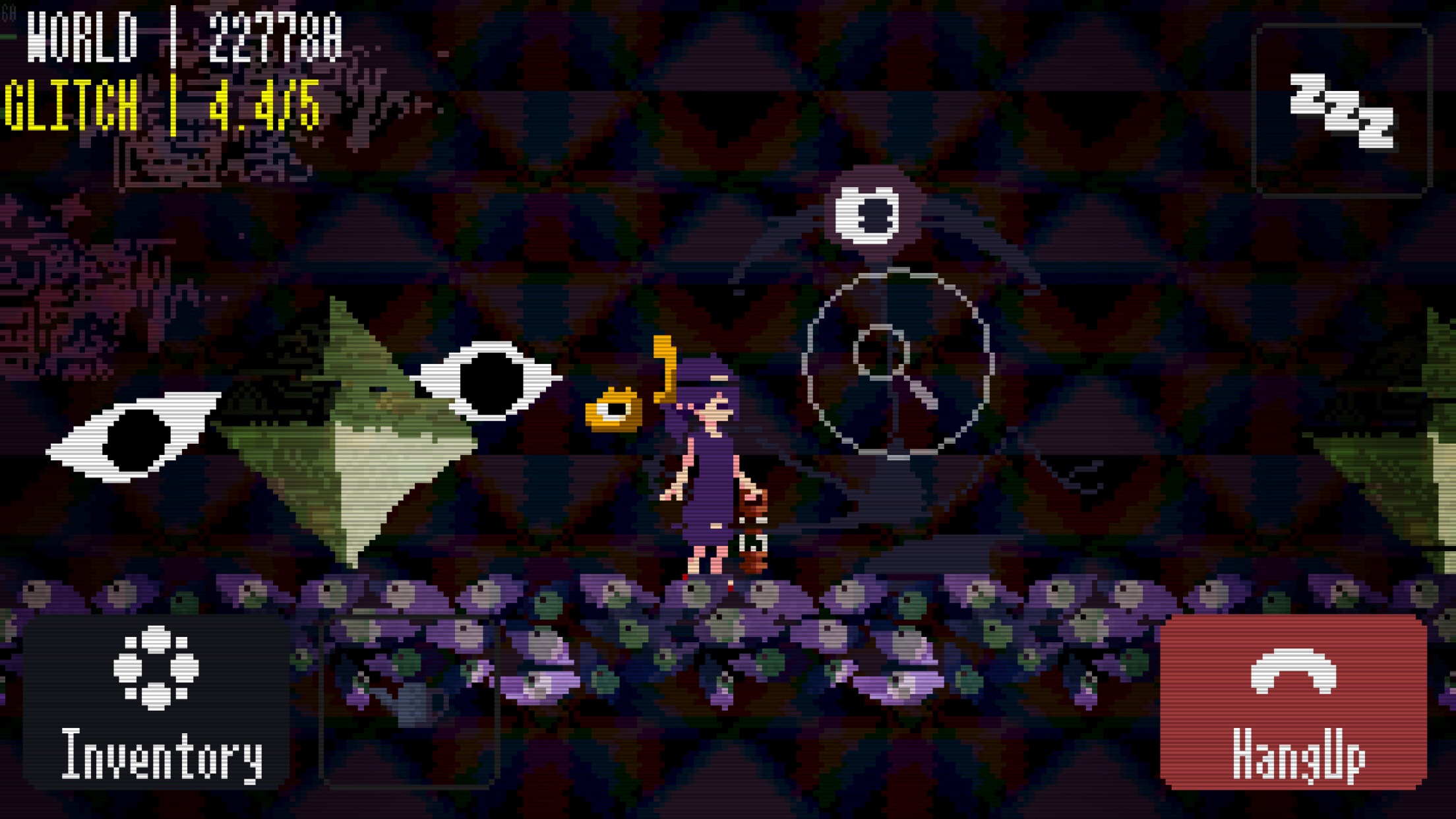 At first, the game seems brutally unfair. There’s no logic behind randomly entering in six-digit codes to try to find what you need, and it comes off as particularly cruel to attach a finite number of calls to that. A couple of things alleviate that in the long run. First, while you’re stabbing in the dark in the beginning, the numbers will always lead to the same places, game after game. So if you find anything of value, simply make a note of the number you dialed to get there. Should you fail to beat the game on that run, you’ll be one step closer to doing it in time on the next one. You’ll also come across an item that will give you a hint as to what type of area you’ll end up in before actually calling the number. It substantially reduces the guesswork involved with the phone numbers.

That all involves a lot of trial and error, which is not particularly interesting or fun. Once you learn to mitigate that randomness, you’re left with a pretty standard adventure game set-up. Find items, use them on things to get other items, and so on. Sometimes what you need to do makes sense. If you see a grave, you might want to leave a flower, for example. Sometimes, it’s a little less clear. I think that comes with the territory in the genre, though. It usually makes some sense after the fact, as is the usual case with adventure game logic, but there aren’t many clues to guide you towards solutions if you can’t figure out what the designer might have been thinking. If nothing else, though, the small areas that make up Strange Telephone‘s world mean that you will never have to do a lot of walking around or backtracking. It’s a small boon for what is otherwise a fairly ordinary game, mechanically speaking. 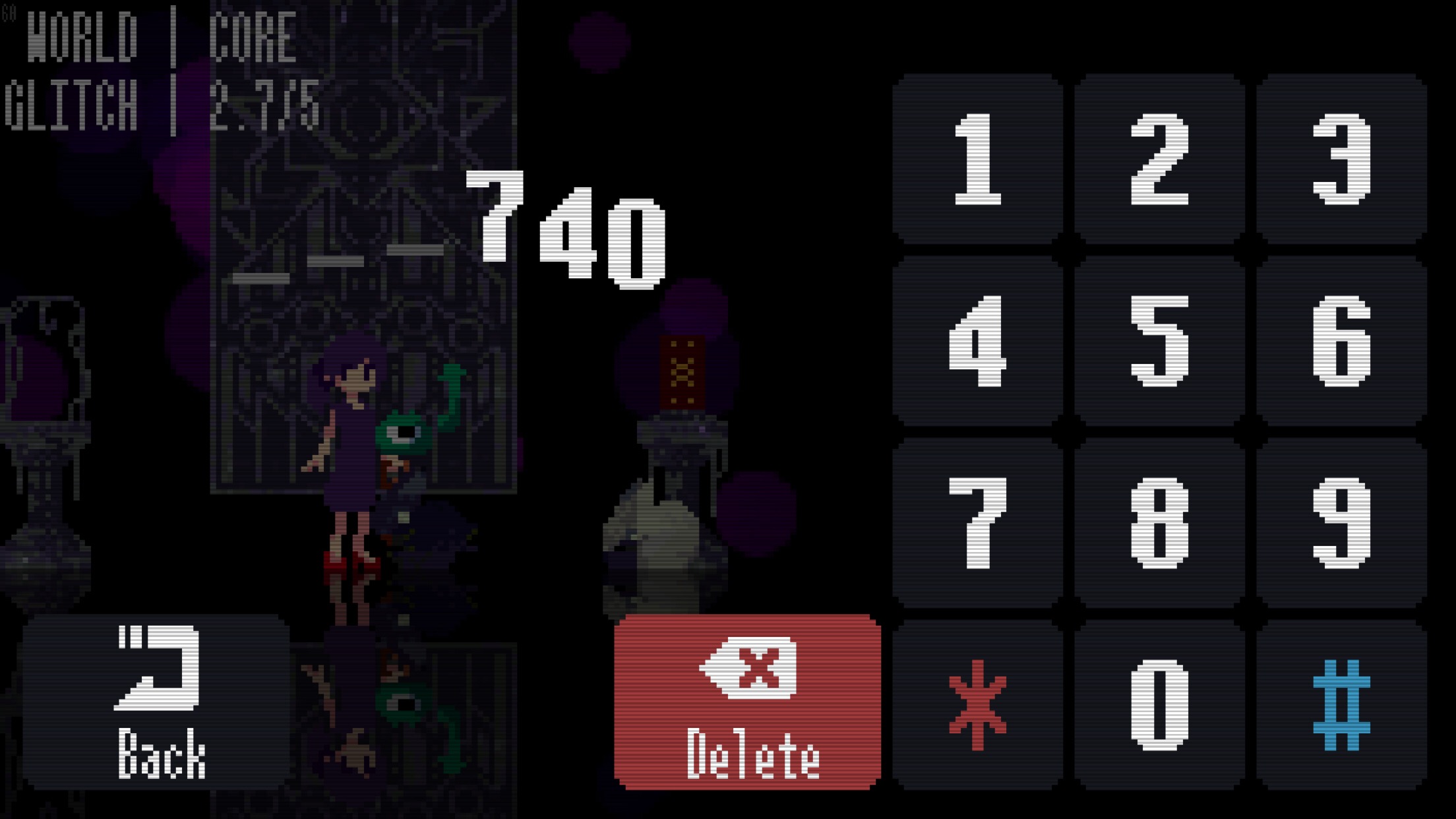 As curious as the game’s basic set-up is, the best reason to play Strange Telephone is for the presentation. It uses a retro Japanese computer style for both its visuals and sound, but with plenty of odd effects that make it clear this is a modern game. Looking at things as they initially present, you’ve got some nice pixel art and well-composed chiptunes. The longer you play, the more everything starts to glitch out, producing odd visual effects and distortions. There are a lot of cool-looking sights to see in the game, and there’s quite a bit more music than I initially expected, too. There’s a fair amount of repeated content, of course. No indie developer is going to make individual rooms for every possible combination of a phone number, even an abbreviated six-digit number.

There are about fifteen or twenty different room types, with tiny variations making up the remaining differences. You’ll probably want to see and experience all of them. It’s the best part of Strange Telephone. But soon the themes will start repeating, and the little differences start feeling inconsequential. Desperately dialing number after number, you’ll try to hang on for an area that actually has something new and noteworthy in it. The longer you play, the longer the intervals between bits of new content get. Fortunately, Strange Telephone isn’t a terribly long game once you’ve got things sorted out. But sorting things out can certainly take a long time if you’re unlucky, and there’s not much to keep you going during long stretches of running into area after area with most of the same things in them. 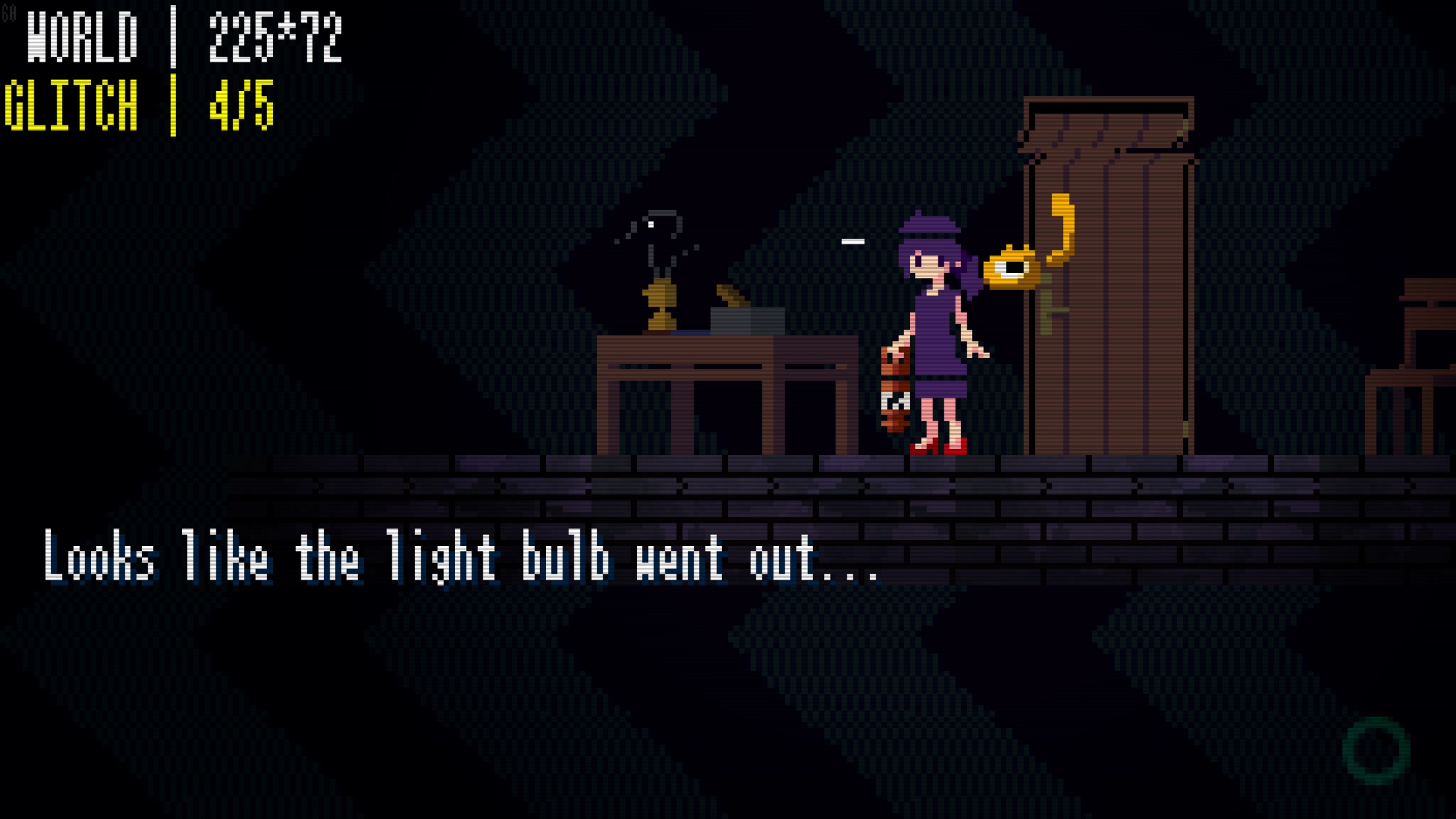 As I said, I don’t really know what to do with this game. I think it’s mysterious in a good way, and I’d love to recommend everyone to try probing at its weird secrets. But it’s also not a very strong game in the mechanical sense. In fact, it’s downright hostile in some ways. If you happen to have played Yume Nikki and enjoyed it, you might find something to like here. Otherwise, it’s hard to endorse Strange Telephone for much other than its well-crafted visuals and audio. Those who are strong in the ways of adventure game logic and are looking for something very weird and pretty might like this game, but I think it’s just going to annoy and baffle the average player.