Casual, mobile-friendly golf with a striking visual style is what OK Golf ($2.99) promises. It also offers up a structure and holes that are familiar to golf, but do some things that feel just a bit off from normal golf. And the controls have some issues, too. It adds up to an experience that seems really interesting at first, but over time becomes a bit sour, before a few of its quirks start to grow. Regardless, it’s a decidedly imperfect game. 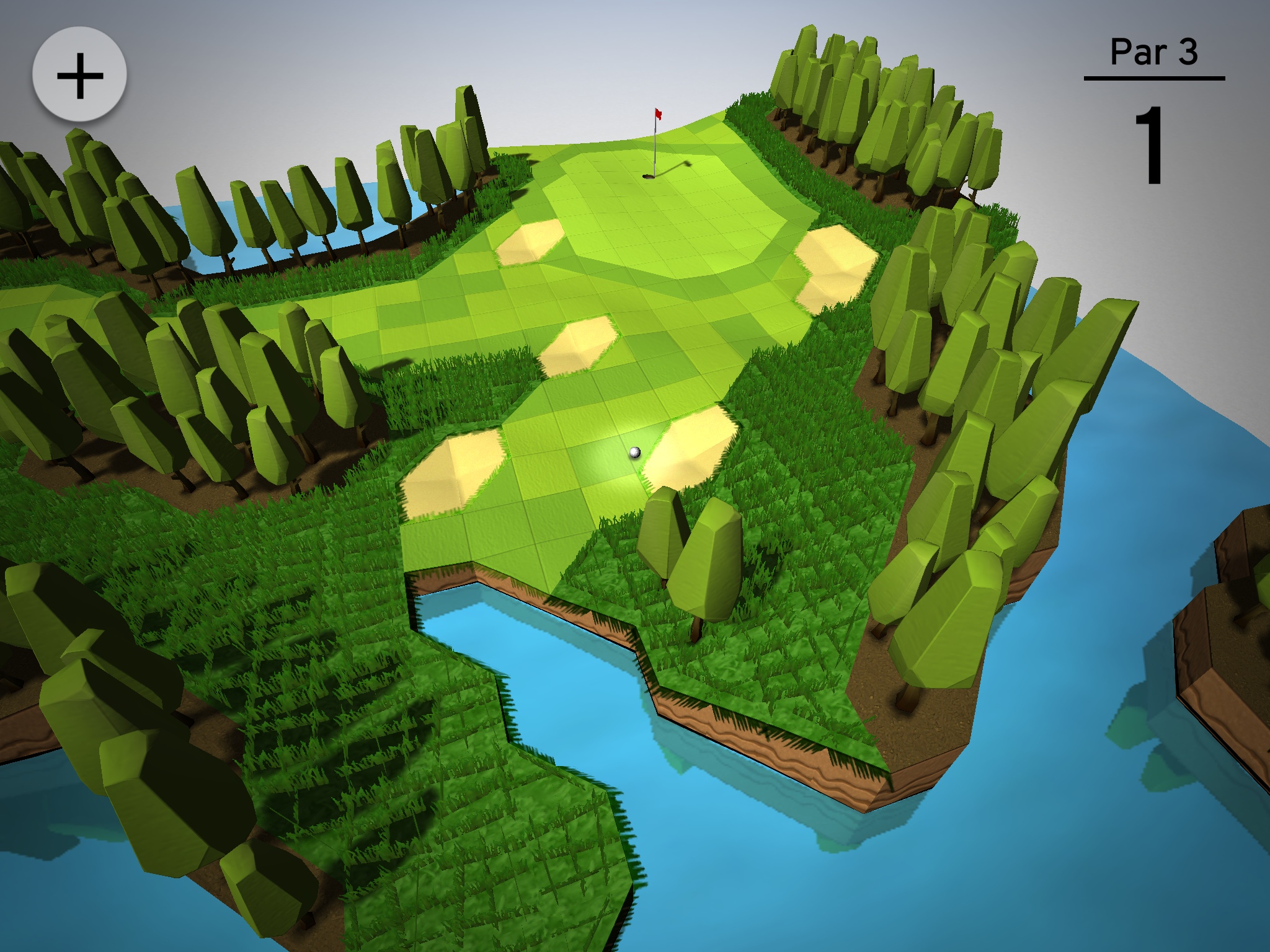 You don’t need me to explain how golf works. OK Golf follows the basic rules of golf, though there’s no clubs, no wind, just you hitting the ball, trying to avoid hazards, and trying to get the ball in the hole in as few strokes as possible. The visual style of OK Golf is immediately striking, as it combines low-polygon visuals with vibrant colors for each of the four courses. Additionally, the courses take place in what can be best described as a sterile abyss, a construction in the middle of the void. It’s a lot like Hitman GO ($4.99) in style, but it looks rather cool for a golf game. Also, the low-poly style is used to help show where the hills and valleys of the holes are, to help you out with your myriad shots. The courses take place across several themes, and what’s clever is that each course holds a secret hole, hidden either in the design of the course, or even just outside the course. It’s a unique world of golfing.

You don’t have to worry about any power meters with OK Golf. You just pull back to aim your shot, with a line showing where the ball will go as well as the expected landing area (assuming any obstructions aren’t hit). You can pull back further to get a more powerful shot. These slingshot golf controls are a bit imperfect, though they are easy enough to use. I’ve pulled back and tried to aim, and had shots wind up not going where I’ve intended them to go. As well, there’s a shaking effect when using the power shot, and it’s just annoying to deal with. It feels just as likely that it’s a bug rather than a clever effect. In fact, the game has several odd bugs, such as all stars you earn on a hole temporarily getting added to your total, not just the new ones. For a game that was awarded an Apple Editor’s Choice, it feels a bit rough around the edges. Also, the lack of music makes the game feel like a rather spartan experience. 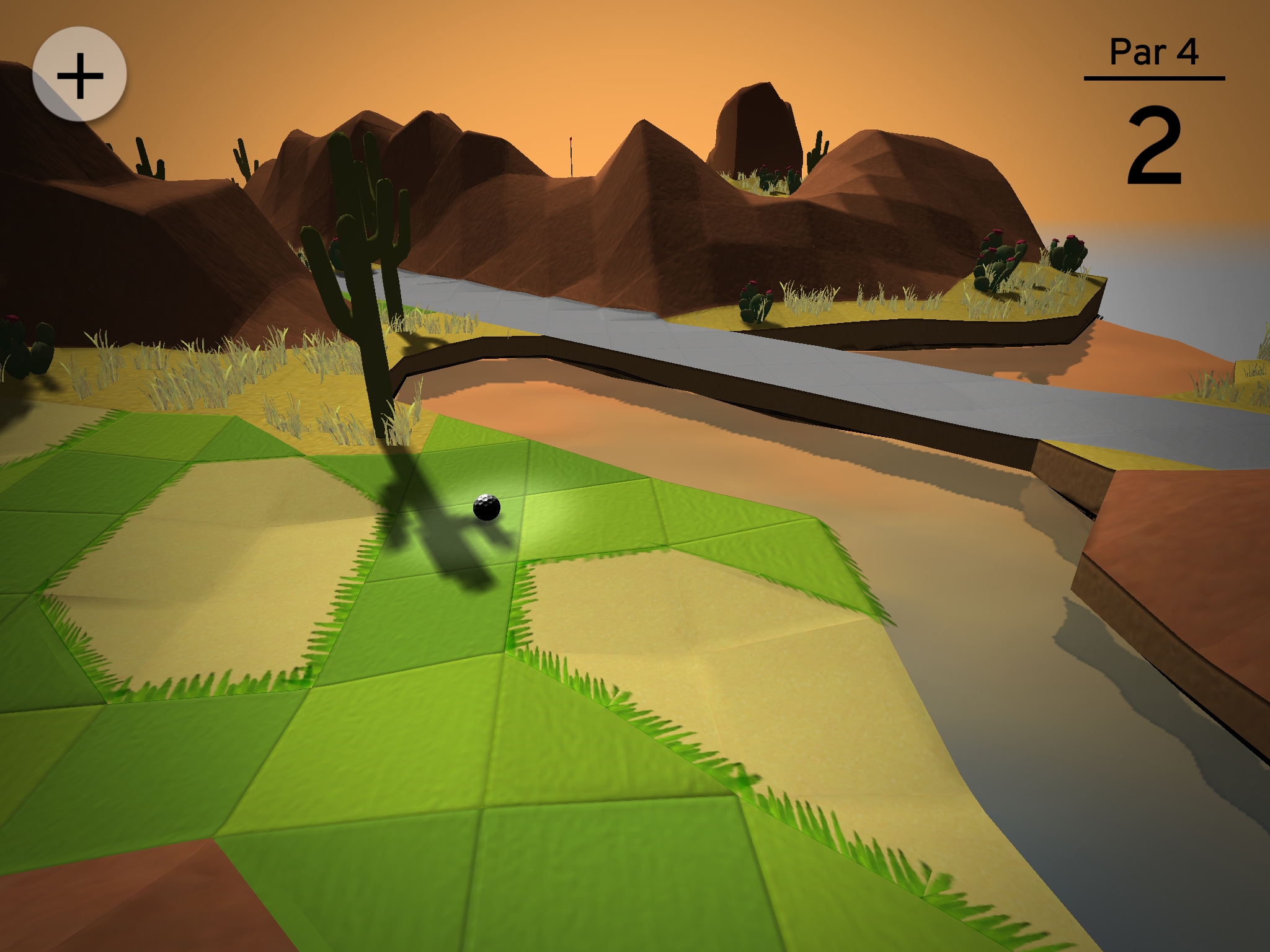 Yet, OK Golf feels rather weird for a golf game, though not in the outlandishly strange way. It’s just off-kilter enough that it seems weirder than if it was going for something wildly dissonant. Like, Golf Zero is weird for a golf game because most golf games don’t involve going through Super Meat Boy style levels to make slow-mo midair golf shots. So, the weirdness doesn’t seem so out of place because the game pronounces it. But OK Golf is ostensibly a more normal golf game. But, for example, putting isn’t affected by the terrain of the green. Why? It would make the game harder, but that seems inconsistent with the game’s logic, when in order to get birdies on some holes you have to get shots that bounce off the contours of the green.

Also, the weirdness extends to the structure of the game. Using a three-star system isn’t unusual, like in Super Stickman Golf 3 (Free) with its 9-hole courses. But the progression is centered around trying to get stars to unlock future courses. So, you’ll be trying to play holes again and again in order to rack up the stars to unlock future ones. With a bit of playtime and elbow grease, you’ll complete your task, but you will have to go for birdies or better on some of the holes in order to get enough stars for the fourth course to be unlocked. Golf competitions are not about just mastering individual holes, they’re about doing well on the entire course. 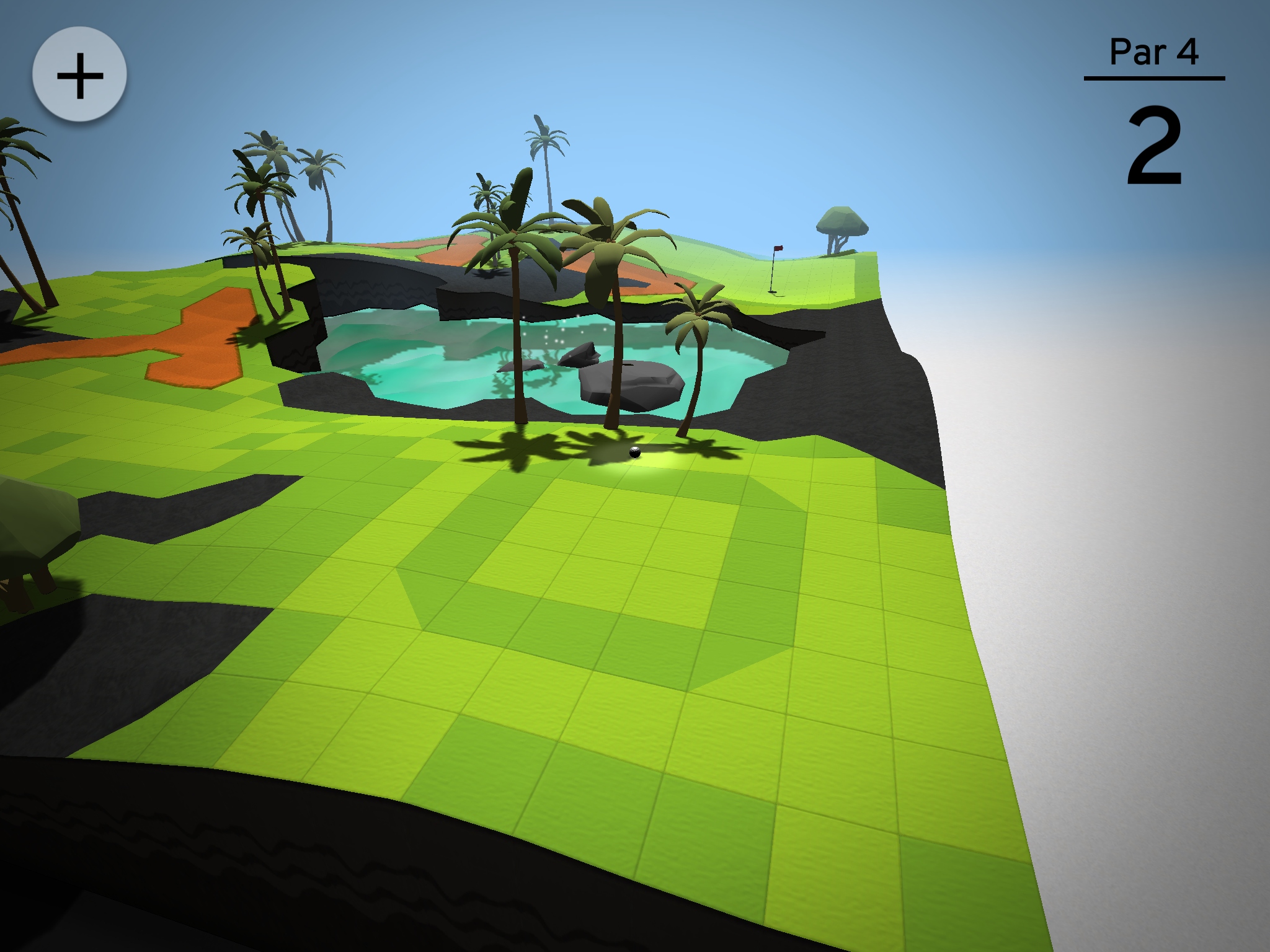 This odd structure unfortunately combines with the way shots work. You have a full power shot that you can use, but the problem is that its landing area is random and wider than normal shots. So, if you have to get the ball a long way away, you can’t count on it getting in the exact spot where you’re aiming. Some of the windows to get birdies are rather tight. It felt like sometimes I got birdies because my power shot lucked out by landing on the fairway or green in the shot area, instead of the rough. Hazards like the rough and sand traps are rather punishing because they cut your shot range down dramatically to a point where it can interfere too much with your strategy for taking on the hole. On an individual course, this isn’t necessarily a problem, but in championship mode, this can be a real issue. Combine the difficulty of scoring below par with having to maintain a good score on 9 holes in a row. Good luck!

There are two issues with championship mode, and its similar time trial mode. One is the difficulty, because the game is built around doing really well once. This is different from other golf games, and how the sport is competitively structured to begin with. Golf has a wide amount of variance, and that’s why the sport is centered around doing well across a variety of challenges, and consistent performance is rewarded. Playing 9 holes of OK Golf means tackling 9 different challenges where you have to take great risks each time in order to do well. It just doesn’t work out that well in this context.

What does work well is the time trial mode. It has you completing all 9 holes of a course as quickly as possible. This provides a brand new context for the courses that rewards quick execution, and may even have you exploring new avenues with shots that are designed to get to the hole more quickly than you would otherwise attempt. It’s a cool mode to play around with because it throws any pretense of caution out of the window, and puts you into this zone where you’re not thinking about every single move you do, you’re focused on the overall time goal. It’s a lot of fun to play around with.

I find myself incredibly conflicted about OK Golf. There’s a lot of cool things about it, but there’s just some aspects to the game that other golf games have already gotten right, and there was no reason for OK Golf to go around messing with the golf formula. I’m interested to see what future content and updates bring to improve and diversify the golfing experience here, because there is a great game somewhere in here with some fixes. Until then, I have to say OK Golf is just…okay.