I like playing games that may exist in a particular genre, but are willing to defy the conventions of that genre to create something different. That’s exactly what 10tons has done with Xenoraid (Free), their entry into the shoot ’em up genre. It does things differently from other games, and maybe you won’t like it! Western shmups are already so different from Eastern ones, due to cultural differences. Xenoraid manages to even transcend that difference, and feels like its own unique shoot ’em up. But you might just enjoy what this heterodox title has to bring to the table.

The heart of Xenoraid is in its 4-ship system, where you roll into battle with, well, 4 different ships. These ships come in several different types, and you can switch between them at will, though with a bit of a delay as to when you can switch to a new one. It’s kind of like Marvel vs. Capcom but as a shoot ’em up. You can even use the ship-swapping as a way to avoid hazards. Not only do you get a temporary invincibility from the process of the swap, but you also can switch from a slow behemoth to a speedy ship that can dodge hazards much better. 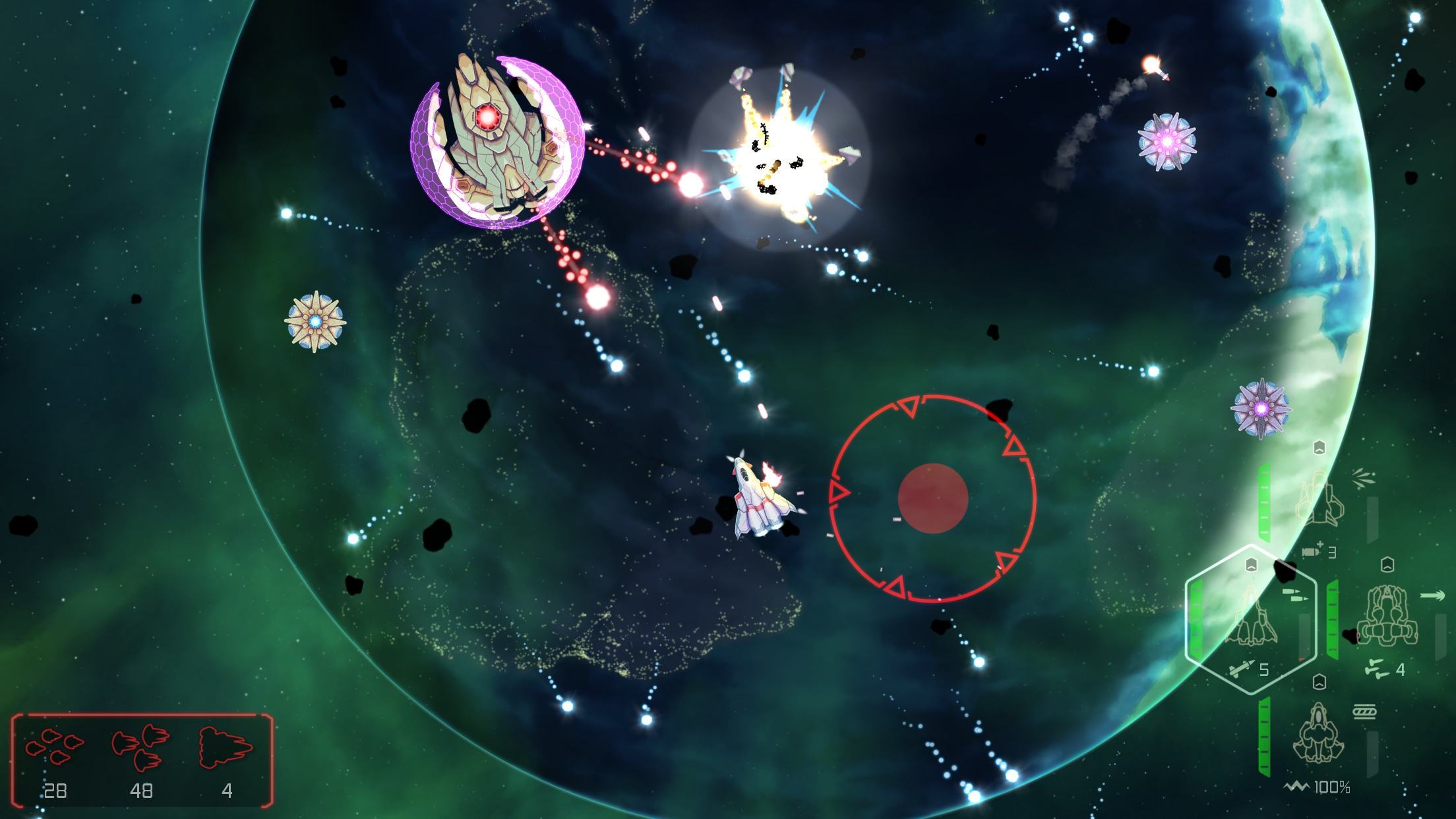 This ship-swapping really gives Xenoraid a unique feel. Sometimes in a shoot ’em up with ship customization options I can feel kind of trapped by having just one ship option. Here, while I kind of prefer the behemoths as they can take more damage and deal more out, I like having the option to switch between ships as I feel like it, and it keeps things feeling fresh. Losing a ship also means that you have to adjust your strategy on the fly to survive. Enemies often have weak points, so if you can exploit them with your ships (and your shots can be steered in the direction of movement) and their myriad tools, you can get a leg up. It feels great to see a dangerous enemy pop up, and then you swap ships to something that can take them down without much fuss because you recognize the situation at hand.

The progression takes place across five chapters that you basically have to beat in a straight shot…kind of. You start with a loadout and a wad of cash, and from there, you have to complete missions, with checkpoints along the way, trying to beat the boss. If you reach a checkpoint, then you can start from that checkpoint, but with the loadout you managed to make it there with, so if you have one ship left and not a lot of money, you might want to restart the entire level. At least there’s unlimited checkpoint restarts, and progress does save if the app closes out, so you’re not bound to lose out if you quit. 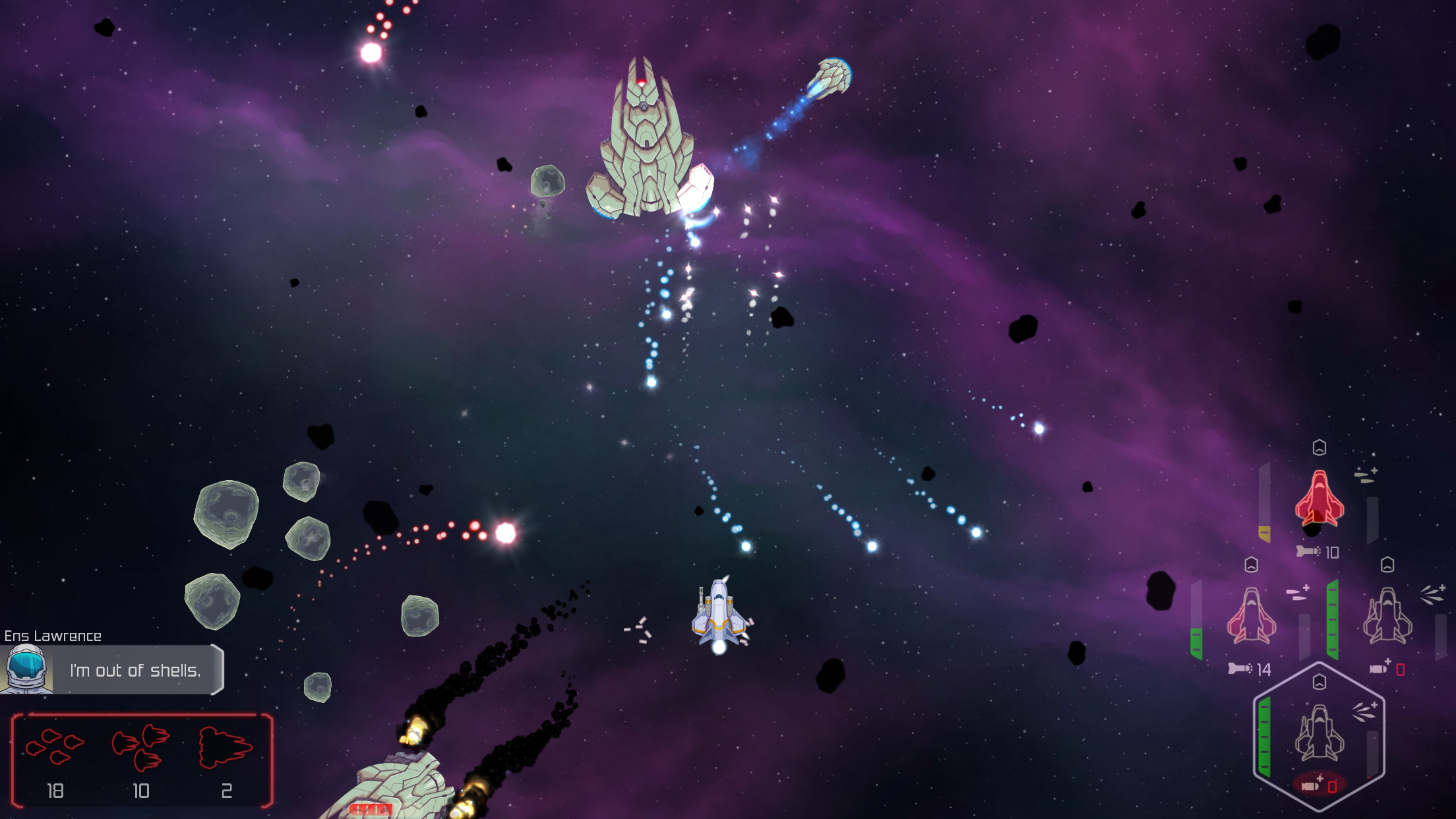 If a ship dies, you have to buy a replacement from any of the ships you have unlocked. This means that it’s cost-efficient over time to not let ships die, but it’s why I recommend buying the upgrades to get most of your ship’s value back and to get half-price ship purchases, and to buy them early on. There’s a whole strategy in place to how you spend your money. Eschewing helpful upgrades in favor of value-added tech will save you money, but they might make it tougher to get through those missions alive. And overall, repairing a ship is cheaper than replacing it, especially when upgrade costs are kept in mind.

Xenoraid plays best with a controller. The touch controls work fine, and I progressed well enough with touch. But the game feels best with an MFi controller. Changing ships happens in a lightning-quick moment that just feels better, and more effective, when you have the buttons right in front of you. Look at this as the kind of game that you can enjoy with touch, but if you’re in a place where you can play with a controller, definitely do that. Though the experience really isn’t that much worse for wear on touch. 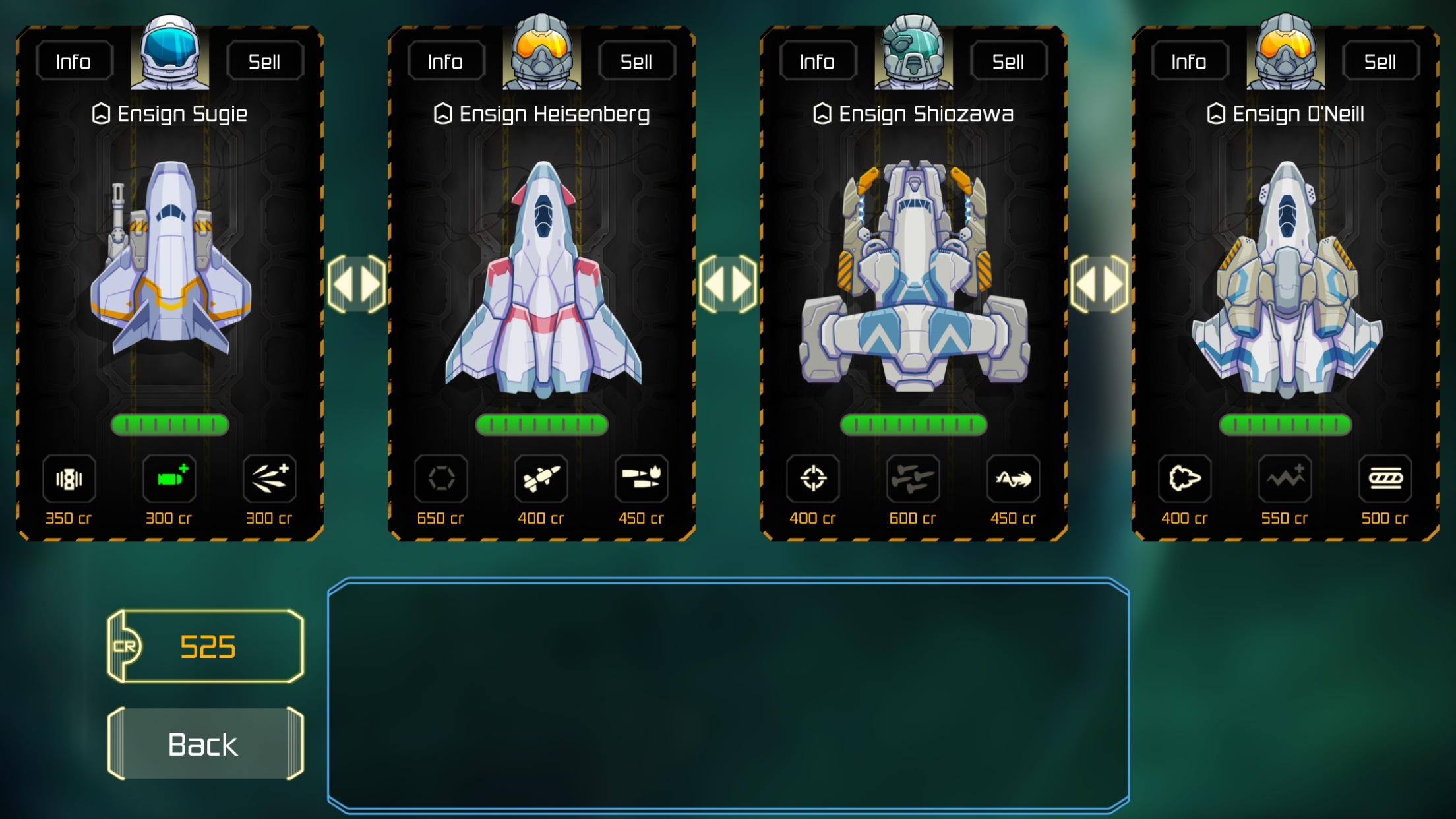 There’s a lot going for Xenoraid, and in gameplay it’s quite unique, but thematically I find it all a bit generic. The characters and dialogue between battles aren’t memorable. There aren’t much in the way of memorable alien or boss designs. Levels featuring randomized formations means that you can’t memorize anything (and an item can be bought to get easier formations) but it means there’s not a whole lot in the way of memorable set-pieces to deal with. I’d welcome the ships having different color designs, for example, something to make something about the game feel more distinct than it already is. Even the different worlds taking place at different spots in the solar system just feel like they differ only by background color. This game has a lot going for it, but it just feels like it’s missing a spark of character to make it feel special.

As far as replay value goes, the 5 worlds of Xenoraid will prove quite challenging to tackle in their entirety. They also force you to kind of learn how to use the different ships and to find the loadouts that work best for you. Then, you have the 3 endless levels to play for high scores, which give you full customization of your loadout of ships and upgrades, though only so much money to play with.

Xenoraid will run you $9.99 to unlock the full game, but you get to play a small portion of the campaign and endless mode for free. This makes Xenoraid a must-download, just because the ideas in play are so good that they’re worth experiencing. It’s quite different from any other shmup I’ve played. And it’s the rare vertically-scrolling shmup that plays in landscape. Truly, a unicorn among horses. The experience could use a little more spark around it, but the core game is really quite fun. 10tons is on quite a nice run between this and Neon Chrome ($6.99) as their last 2 releases.