I’m a simple man. I see vikings, I click download. This has been true for years, and it was true a couple months ago, when Vikings: an Archer’s Journey [appprice url=" https://itunes.apple.com/us/app/vikings-an-archers-journey/id1145485982?mt=8&ign-mpt=uo%3D4 “] was in the recommended new games section of the App Store home page. I didn’t opt for a review right away because this game definitely needed some more time in the forge, but a few thousand whacks with the hammer of improvement later and we have a solid bow-and-arrow-centric runner on our hands worth giving a look.

I’m not going to spend much time dwelling on past builds of the game because that’s largely irrelevant, but I do want to paint a picture to demonstrate just how far this game has come in a few short months. The developer, PinPin Team, released a blatantly unfinished game to the App Store, with only two of the promised characters, limited missions, some placeholder art, inferior power-up art, and a game breaking bug that let you fall through and run under the level until Ragnarok come. Now we’re up to four characters, each more unique in their play style, with an accurate mission system, better art for power-ups, a better UI with more information, and purchasable upgrades for each power-up, plus second chance revive style items. 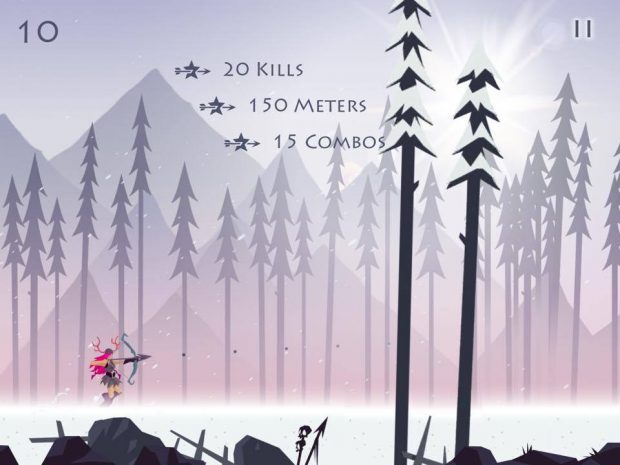 This is all on top of a gameplay loop that I immediately loved. But it’s this extra layer of polish and sense of progress that makes the game extra satisfying to play. The gameplay and aesthetic of the game immediately made me want to hold on and see what future updates would bring. Basically it’s a runner like most others, but with Angry Birds-esque (Free) archery at the core. As you run, you shoot enemies in your way, racking up special shots and combos while also jumping over pits and spikes. The shooting is very satisfying. Especially when you get a cool shot, like a jumping long head shot. 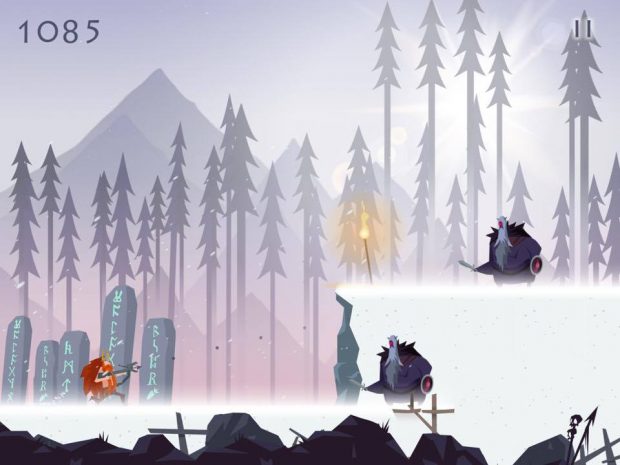 The modifiers for shots include jump shots, reverse shots, head shots, long shots, and close shots, or generically special shots which I believe are combinations. Each of these crop up as mission objectives in the classic three objective rotating mission mechanic. Every mission you complete levels you up by one level, bringing you closer to unlocking new characters to play with. There are also missions for reaching a certain distance or maintaining a certain combo. You don’t have to kill every enemy to keep a combo going. You just have to make sure none of the arrows you shoot actually miss. Likewise, if you don’t care about your combo, you can just endless spray arrows towards the other side of the screen. There are leaderboards for highest score, highest max combo, and best distance, plus a medley of achievements. 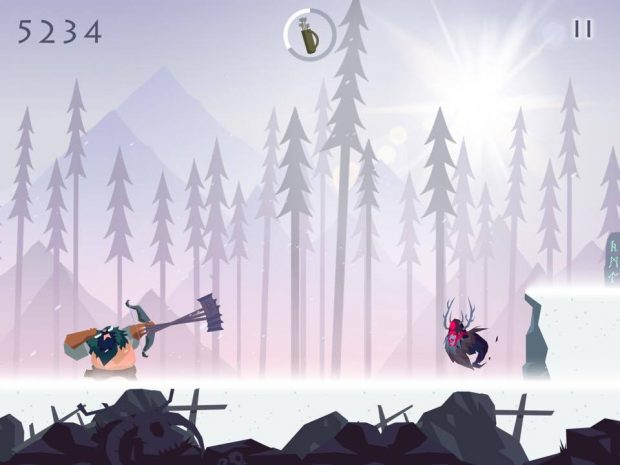 The power-ups do a fantastic job of making you feel… Well, powerful. The arrow-splitter has you shooting three arrows with every shot. The slow-mo makes taking down large groups accurately a breeze. And the explosive arrows are just always a joy, clearing most of the screen with every shot. These power-ups stack as well, so you can shoot triple exploding arrows and just rain death off screen, never seeing an enemy for the duration. Sometimes these randomly appear very close together if you’re lucky, and you’ll have a minute or two of joyous carnage. Especially if you’ve upgraded them, which extends their length of use. If you want to put up great numbers and show skill, you’ll have to show restraint and still go for head shots and a high combo. 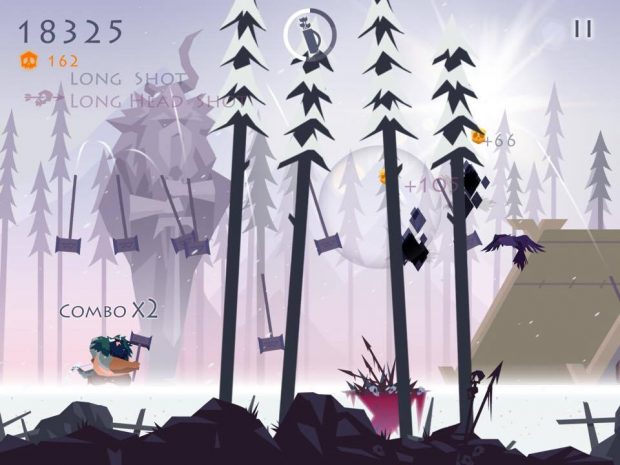 Unlocking new characters and getting used to their unique shooting styles can be a challenge. Especially if you’re switching between them a lot. I tend to stick with one favorite, being the big burly Viking whose arrows are, and by Odin’s beard I’m telling the truth, giant hammers. Hammers which actually have a small amount of splash damage, much like the explosive arrows, so you only have to hit the ground next to an enemy to kill them. Naturally shooting high targets and flying targets is way more difficult as the arc is way smaller, whereas the ginger Viking and old man Viking shoot in almost perfectly straight lines. But these are the trade-offs. 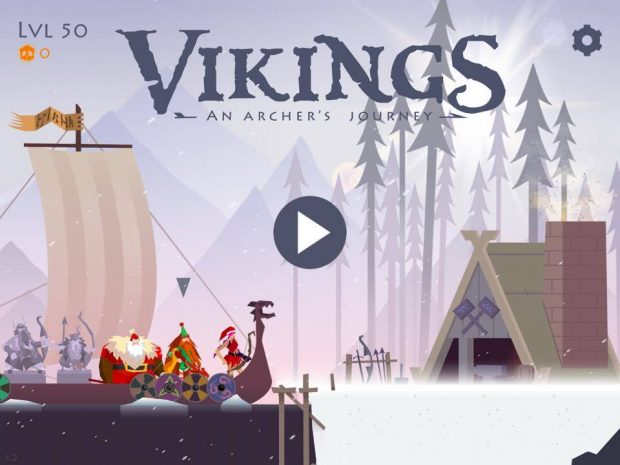 The art and atmosphere are great. I love the designs of enemies, which consist of beasts like bulls, owls, and crows, but also those pesky frost giants. Although only one enemy is actually of the giant variety. Otherwise they come in tiny gnome, medium height fatty, medium height solider with shield, and ghostly fire spitting mage varieties. The enemies are all from Helheim so they might not even be frost giants at all. Hel if I know. Enemies mostly follow the same color palate, with red eyes or spots on their heads to aim for head shots, and it’s a nice palate of deep blues accented with reds and purples. Each player character has a distinct and colorful design, echoing the variety of play styles they offer. The game creates a great sense of cold wilderness even in the cartoon-y style with the slightly foggy effects, plus the occasional tree in the foreground. It’s a great looking game.

All in all, I can highly recommend it. It’s not a very deep or complex title and it can still definitely use some sprucing up. Even the much-improved UI still doesn’t have an option for achievements and leaderboards until you play a session and die. There’s even a story, though it’s confined entirely to the App Store description and English is clearly a second language. This is a solid game which seems to charm most people who play it, even if first impressions aren’t amazing. At the very least, I respect a developer that continuously supports the game after thousands have already paid for it even with no IAP or ads. Some devs wouldn’t bother. They even added iMessage stickers including beards to paste over selfies or pictures of your significant other or pet. There are still two new characters coming in future updates, so definitely stay tuned if you download it.