While we’re planning to get some more hands-on time with the Nintendo Switch at PAX South, there was one game being demoed on the Switch as well as other platforms: Has-Been Heroes, a lane-based roguelike action game. The concept of this roguelike-style game is that you control a cadre of washed-up heroes helping a couple of princesses get to school. Unfortunately, the route to school is full of evil ne’er-do-wells. Combat works where your heroes’ attacks charge up over time, and you can send them forward in the lane to hit enemies. Now, where things get interesting is that you can swap heroes between lanes during the moments when heroes are attacking, and even gang up on enemies that way. You also have abilities that recharge over time that can be used for buffs or attacks. The game is real-time, but you can pause action at any point as well, and action automatically freezes after attacks. There’s a Binding of Isaac ($14.99) element to the game’s structure, where the game is a roguelike and you have a goal to reach, but the bosses and progression changes after victories. So, do expect some new surprises on your adventures.

There are two things that are interesting about Has-Been Heroes. For one, this game seems to be screaming for at least an iPad/tablet release. In particular, the interface feels like it would be rather fun to play with on touch. And also, playing on the Switch is confusing because Nintendo has their odd button layout, so it takes a few minutes to adapt to the controller controls. Has-Been Heroes will use the Joy-Con and won’t support touch controls, unfortunately. It’ll be interesting to see with similar games if they go with touch options. The Joy-Con’s advantage is that it’s always there, but in playing Has-Been Heroes, touch options would be handy for some parts of the interface. And really, with the Switch, there’s the potential for games to integrate touch and physical control options in a unique way if developers are willing to give them a shot.

Also, we seriously need to get console manufacturers to agree on universal button standards. If you haven’t played a Nintendo system in a bit, trying to figure out Has-Been Heroes‘ button controls takes a few minutes to get acclimated to, as the game uses the ABXY buttons as directions representing the three lanes and a forward attack, and the B button might not be what you think it is for a bit. It makes sense eventually, but think about it. The PlayStation’s weird symbols make a lot more sense than the various permutations of ABXY layouts and colors do at this point. 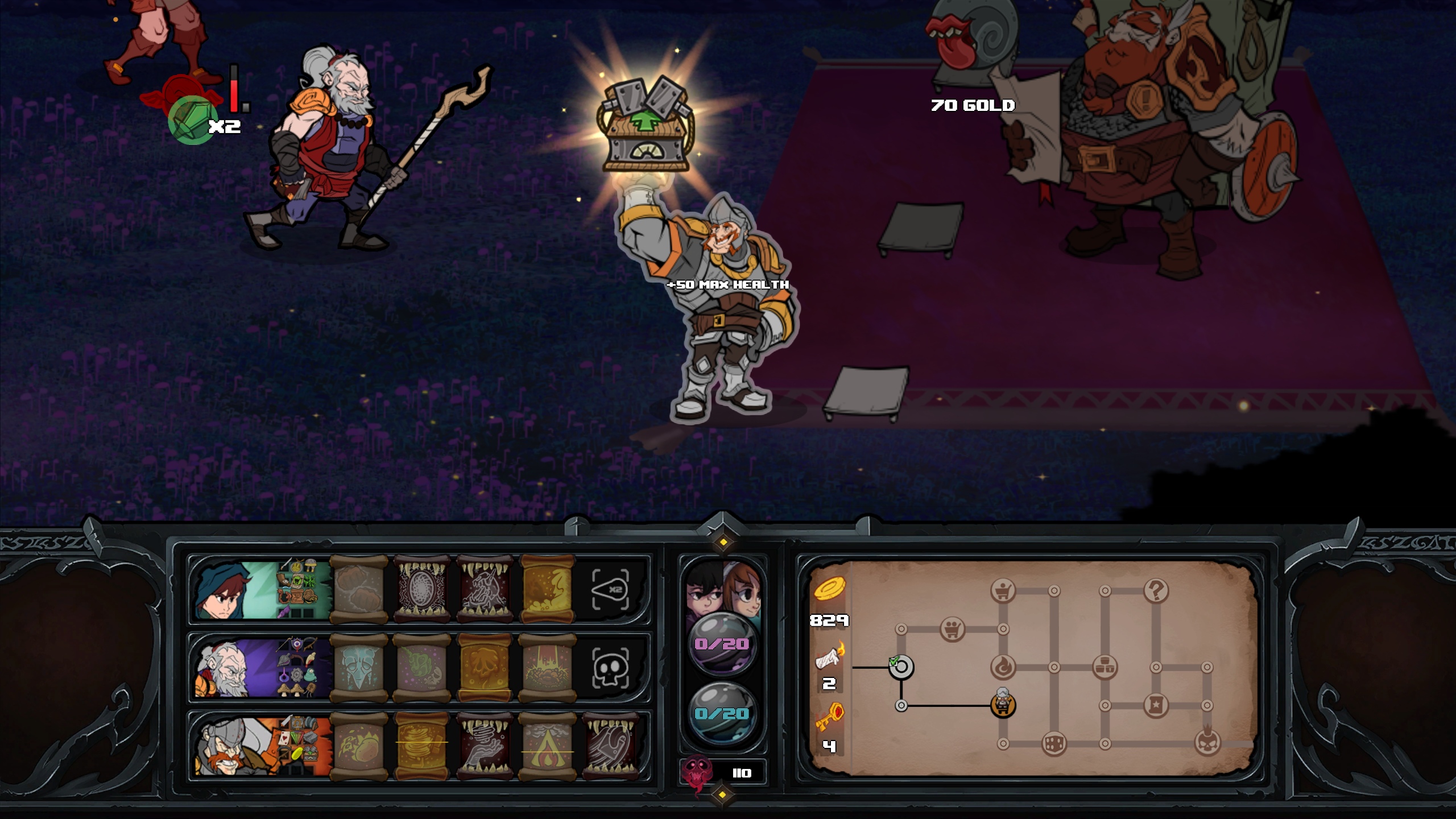 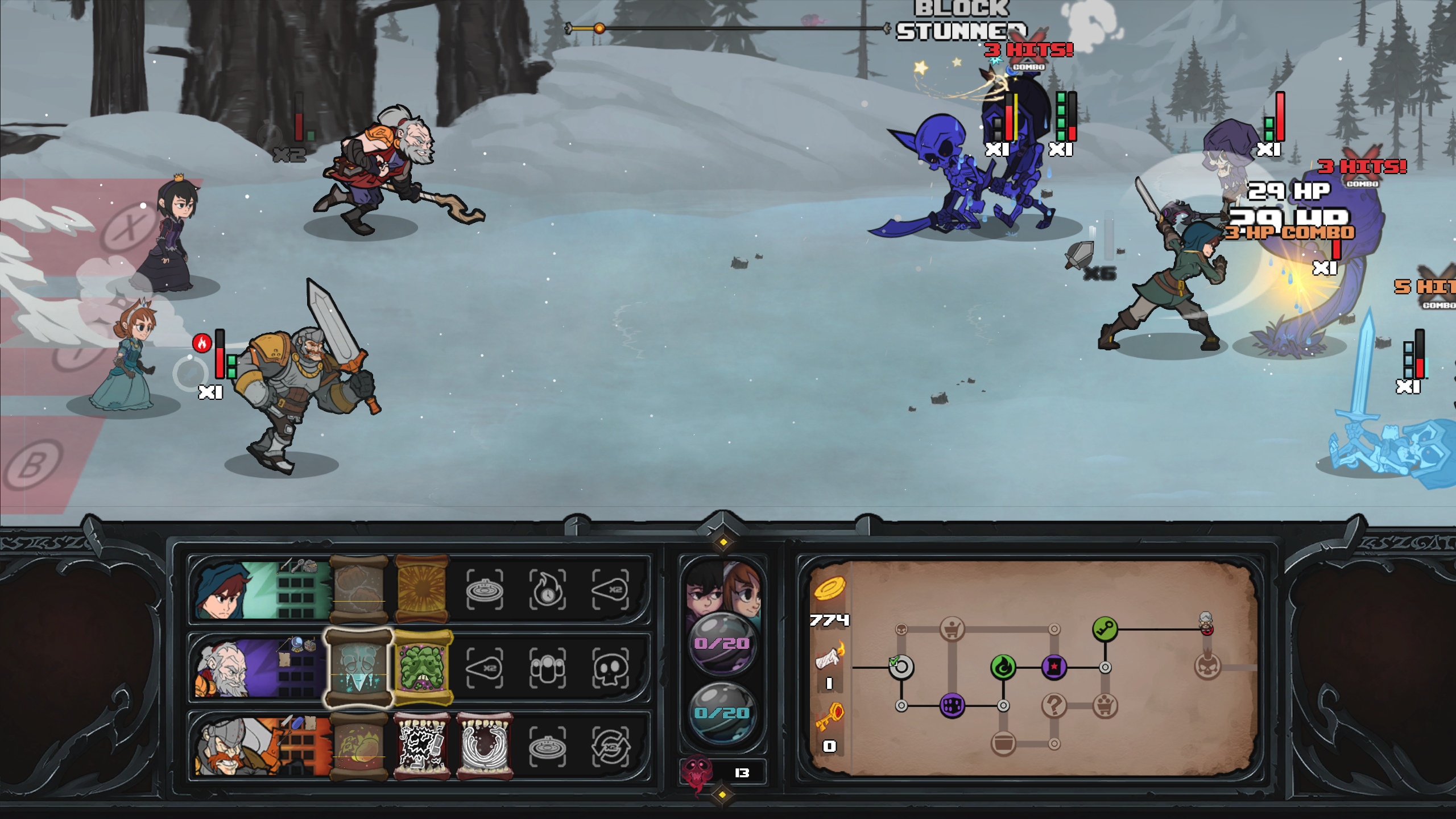 I could see Has-Been Heroes being a great Switch game – and a mobile game, seriously, get on that, Frozenbyte – because the start-stop action with pausing will work wonderfully for playing when you’re on the go and need to stop at any moment, or to look up. While it’ll be on other systems, I feel like the Switch is the ideal platform for this. You can play a level at or two at a time, or like Binding of Isaac, enjoy a session that has some length to it but nothing excessive.

It does raise the question of the changing definition of a mobile game. Has-Been Heroes would be a natural fit as a true mobile game, but it’s being made more like a console game. And the Switch is poised to exist at an interesting point where it has console games, but stuff like the World of Goo port will be in touchscreen-only mode. But, the amount of touchscreen-only content that people know about is limited. We’re covering the Switch right now, but are unsure of what our coverage will be like in the coming months as titles are announced. Would a game like Has-Been Heroes be made differently if the Switch does really well, to where the interface and maybe even structure of the game would be tweaked for its potential usage? I think so. But for now, I bet we’ll see games like this on the Switch where they feel like they could be something different on this quite-different platform.