Even though it was mentioned about a week ago in our upcoming games forum, this week’s release of a game called Red’s Kingdom ($2.99) by Cobra Mobile caught me completely by surprise. Red’s Kingdom is one of those sliding puzzles, you know the kind right? Slide in any of the cardinal directions to move your character who doesn’t stop until they’ve hit a wall or some other object. You use this slide-stop-slide method to figure out the proper path through each level that will lead your character to the goal point. There are a lot of puzzle games like that on mobile, but probably the most well-known is Quell+ ($1.99) and its various spinoffs. 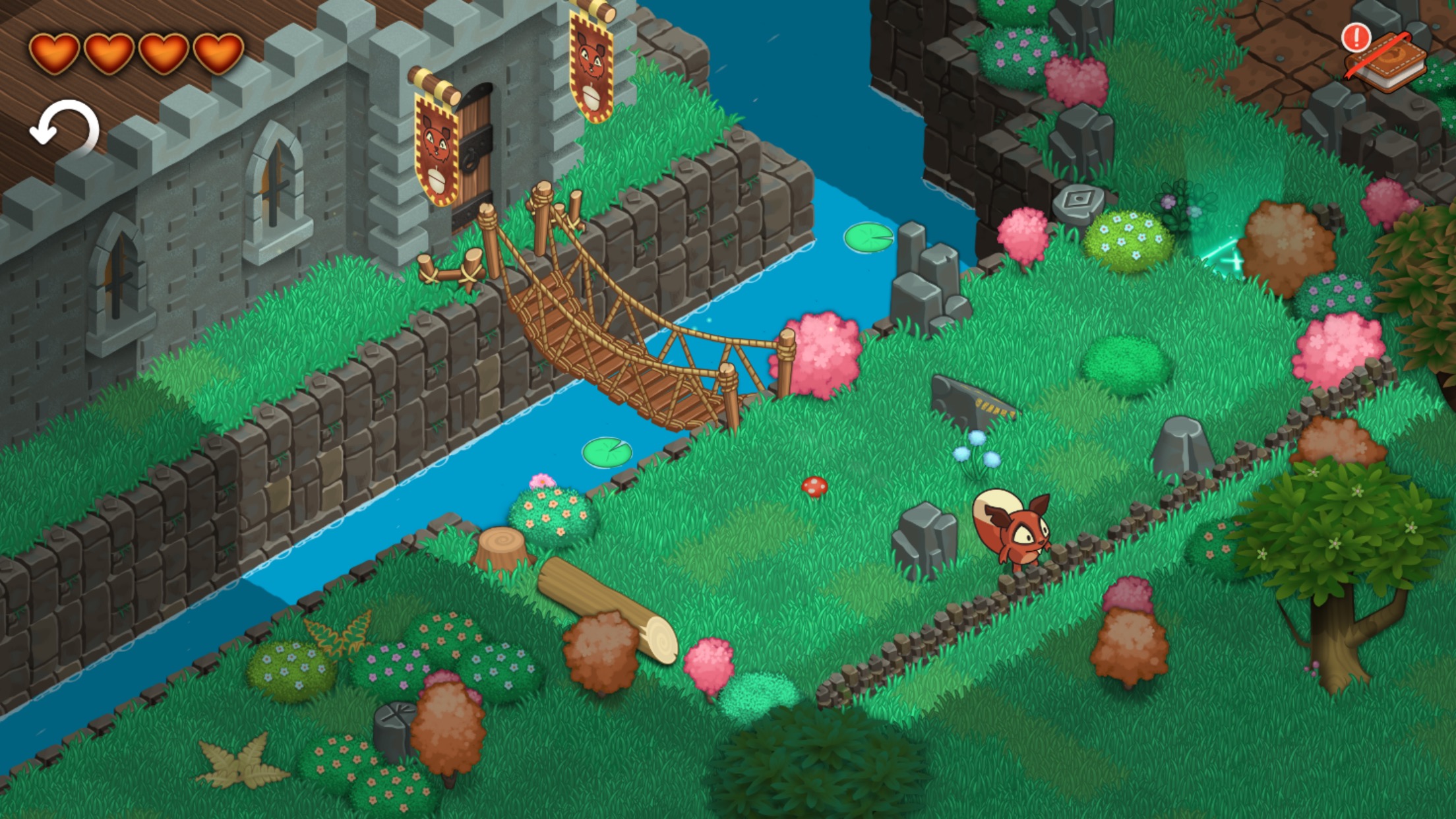 So what’s so special about a puzzle game that’s been done to death on mobile before? That’s the kicker about Red’s Kingdom. It may use a well-trodden puzzle mechanic as its core, but this is more akin to an action adventure game in the same vein as something like Zelda. The viewpoint is isometric, and unlike most puzzle games, there isn’t traditional levels or menu selection. Instead, each puzzle is interconnected with the others, creating a little world you can freely travel around solving said puzzles, discovering secrets, and battling enemies along the way.

There’s also more of a story going on in Red’s Kingdom than your typical puzzle game. An evil King has stolen your winter supply of nuts (because you’re a, uh, squirrel-thing?) and perhaps even worse than that he’s kidnapped your poor father. The horror! You set off across the gorgeous kingdom to collect your bounty of nuts and ultimately rescue your dad. The visuals in Red’s Kingdom are bright and colorful and animated like a cartoon. It’s a game that’s brimming with personality, which isn’t always the case with most puzzle games.

Perhaps this will spark of a crazy new genre of open-world action-adventure puzzlers, but even if not Red’s Kingdom is one of those games that hits you right out of left field with its level of polish and makes you glad to be an iOS gamer. It’s entirely premium with no IAP, and even if you don’t fancy yourself a big puzzle game enthusiast it’s the kind of game that still can appeal to your action and adventure sensibilities. People in our forums are loving Red’s Kingdom as well, and in a pretty strong week of new releases this felt like an easy choice to make for Game of the Week.