A few days ago I had the opportunity to talk to game designer Dean Ayala and senior producer Yong Woo about Hearthstone‘s (Free) latest expansion and the game in general. I tried to put forth questions I’ve heard the community ask repeatedly as well as questions I had and tried to avoid the questions everyone has been asking. I started the conversation by asking about their views on how the expansion is doing and how it has affected the meta. Overall, they were glad to see the non-duplicate Mage, Priest, and Warlock decks all doing well and fleshing out their theme, especially since some of those decks weren’t played that much prior to Gadgetzan. Early on the meta was filled to the brim with Pirate decks, but now they aren’t that popular – although the developers are keeping a close eye on those decks.

When it comes specifically to our friend Patches the Pirate, while the power level of that card didn’t surprise the developers, what did surprise them was the sheer population of Pirate Warrior. Since the deck was easy to put together and relatively cheap, a ton of people were playing it. That led to the meta transitioning away from Karazhan much faster than expected because people had to quickly figure out how to counter the Patches decks. Jade Golems have been doing well, especially in Shaman, and they still aren’t that refined; when players figure the best versions of those decks, Jade Golems should get even stronger.

The Tri-class cards did what they were supposed to, which was to make the classes feel like they belong in their respective gangs. The design team didn’t want to make them too powerful because they wanted to avoid having all three decks of each gang use the same cards. They then talked about how the team has been getting better at producing new content that brings new, interesting mechanics to the game while at the same time letting players explore new parts of Azeroth. And they feel that Gadgetzan worked great in fleshing out the world and the gang family clash, which I completely agree with. They also saw the way the expansion emphasized the gang-war narrative through the early quests as benefiting newer players by giving them a sense of direction. 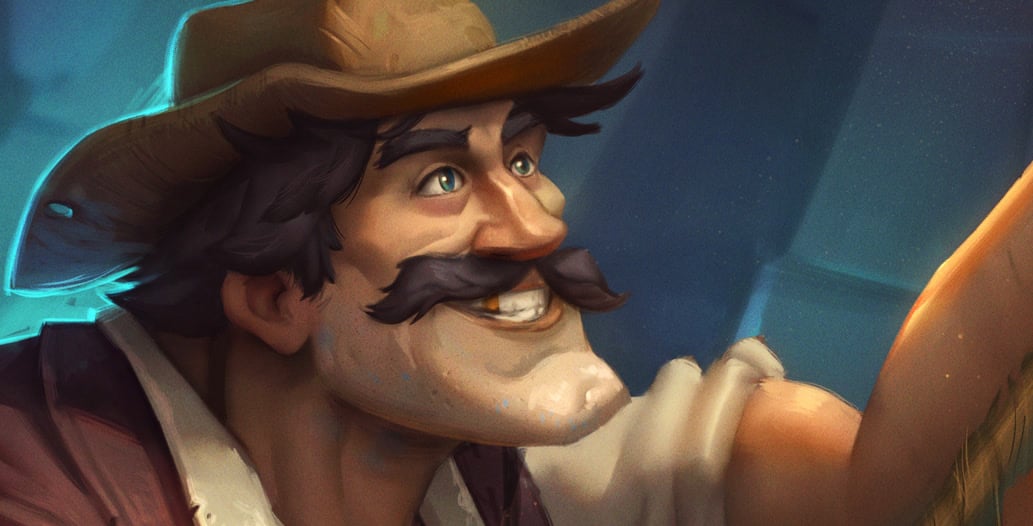 Our interview shifted to Wild and Arena, with Dean noting they’ve been actively working on changes to Arena (which they’ve repeatedly talked about) like finding ways to change the Arena meta more often. One of the ways they might do that is shifting Arena over to Standard, but those are all still plans. Wild meta is crazy, as everyone knows, and part of the problem is it doesn’t change very often because expansion sizes can’t compete with the sum of all the cards ever released in the game. What they have seen is strong Reno decks because players can more easily build single-copy decks when they have so many cards to chose from.

I then asked about any misconceptions they see in the community in terms of the design process or anything that has to do with the game, and they said the main one was how some players think the developers don’t change cards or features because they either don’t realize the problems or don’t care enough. Part of the reason the changes are slower and more measured is because the developers have to balance the desires of that relatively-small group of players who devour content immediately with those of the average player, who plays at a much slower pace. They are hoping that by increasing communication, players will come to realize that what the developers do or don’t do isn’t the result of a lack of care or of indifference towards the community. And because of the nature of the game, card changes in Hearthstone have much more impact than in other Blizzard games, so extra caution is required.

We ended the interview talking specifically about mobile, with me asking whether we’ll see the mobile and PC versions of the game diverge at any point in the future due of platform limitations. The answer was, as expected, that the team’s desire is for full feature parity between all platforms with no gaps between them. Currently, there are some differences – like the lack of card flavor text on the mobile client – that they hope to fix in the future.

Overall, this was a fun discussion, as is usually the case. There seems to be a renewed urgency to tell the community that they are listening to their concerns (which you can see in the latest Designer Insights Q&A among other things) and trying to address them. And to be honest, I’m optimistic that 2017 will be a good year for Hearthstone.