The Binding of Isaac: Rebirth

The iOS version of The Binding of Isaac: Rebirth ($14.99) is easily the highest profile and most anticipated game released this week, but that’s not an automatic free pass to a Game of the Week nod. No, the fact that Rebirth is one of the most artfully-crafted and content-loaded games available on any system, and that all of it made its way to iOS entirely intact, is reason enough to highlight this game yet again. Oh, and let’s not forget that Rebirth is a whole heaping load of fun to play. 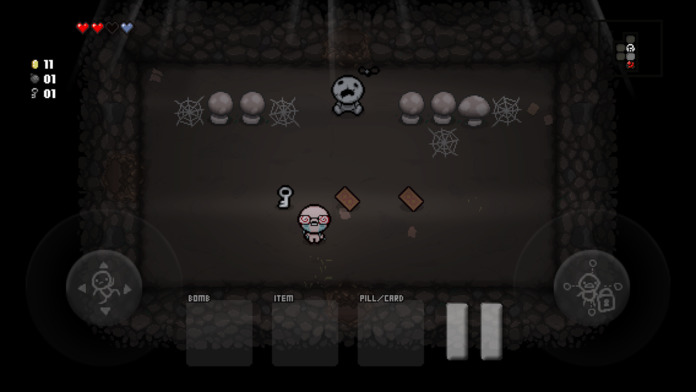 Until the iOS release of Rebirth, I was a Binding of Isaac virgin. I’d watched plenty of Let’s Plays of the game over the years, and I’d come very close to snagging the game on 3DS at various points but never actually pulled the trigger. There are people in this world with hundreds and even thousands of hours poured into the game, but I can merely give you my own perspective as a total newbie to the series. And within the first 15 minutes of playing Rebirth on my iPhone, I was hooked for life.

Given the higher price tag of Rebirth compared to typical mobile game pricing, I’ve seen a lot of comments along the lines of “What makes THIS so special compared to the many other dual-stick shooters and roguelike dungeon crawlers that are all much cheaper on the App Store?" Well, that’s true, if you’re just looking for your average dual-stick shooter or dungeon crawler, there’s no shortage of cheaper options out there. But there’s really nothing on the same level of The Binding of Isaac: Rebirth. 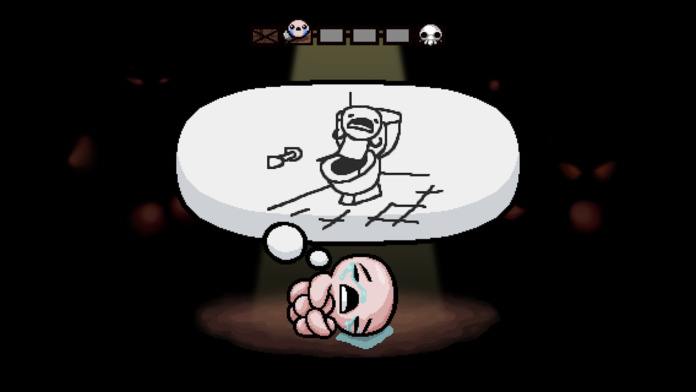 The main thing that sets this game apart from the rest is its sheer amount of variety and content. There are a staggering amount of abilities to discover, both good and bad, and they all can be mixed, matched, and stacked on top of one another for nearly endless results. Rebirth is very opaque about describing what everything does in the game, and to be honest that’s part of the fun. Discovering what different items do and how they combine with others is like a drug, and the randomly-generated nature of everything means the game is never quite the same each time you play.

Another thing I love is that Rebirth actually captures the essence of what it means to be a roguelike. That term gets thrown around willy nilly nowadays, and tends to just mean “randomly generated levels" or “permadeath" and that’s about it. In The Binding of Isaac, it really forces you to take what the RNG gives you and then figure out how best to deal with it on the fly. Will that unidentified pill be a good thing or a bad? Only one way to find out, and you’ll have to deal with the consequences no matter what. It’s that sort of resource and situational management that drew me to roguelikes in the first place, and it feels authentic in how its implemented in Rebirth.

In addition, there are numerous challenges and goals to shoot for, as well as many different secrets to uncover, new playable characters to unlock, and different endings to experience. That “Over 500 hours of gameplay" the developers tout in the game’s App Store description is not an exaggeration. If you judge your purchases based on dollars to hours of entertainment, well, then that $15 price is an absolute bargain in terms of the content you get in Rebirth.

Well, I could probably go on and on, but to be perfectly honest I kind of want to get back to playing Rebirth. If it’s out of your comfort zone price-wise, that’s understandable. And if this game simply isn’t your bag to begin with, well that’s understandable too. But for those who enjoy dual-stick shooters or roguelikes, this is the absolute standout in the genre regardless of how many other similarly type games you own or are available in the App Store. There simply is no substitue for The Binding of Isaac: Rebirth, and the ability to tote it around in my pocket at all times is one of the greatest gaming gifts I’ve received in a long time.