One of the most popular RPGs in the world might just be a game that you’ve never heard of. Flash RPG series Sonny has gotten millions of players over the past decade between two different installments. Now, web portal and game publisher Armor Games has teamed up with developer Krin to bring a new Sonny (Free) game to mobile. It’s not a sequel to Sonny 2, necessarily, which ended on a cliffhanger. Instead, this is a massive reboot with a new storyline, some familiar and returning characters, and an actual ending to the story. You play as the eponymous Sonny, a dude who has died on a boat, but thanks to a special serum from Louis, you’re a powerful, conscious zombie. Louis gets killed by Zombie Pest Control Incorporated troops, who are out to get you because you’re a zombie, and to exact vengeance on your initial ZPCI troop kills. After your escape, you travel through the world, meeting new allies, learning more abilities, and discovering that some of this world’s zombie population are able to communicate much like you are. 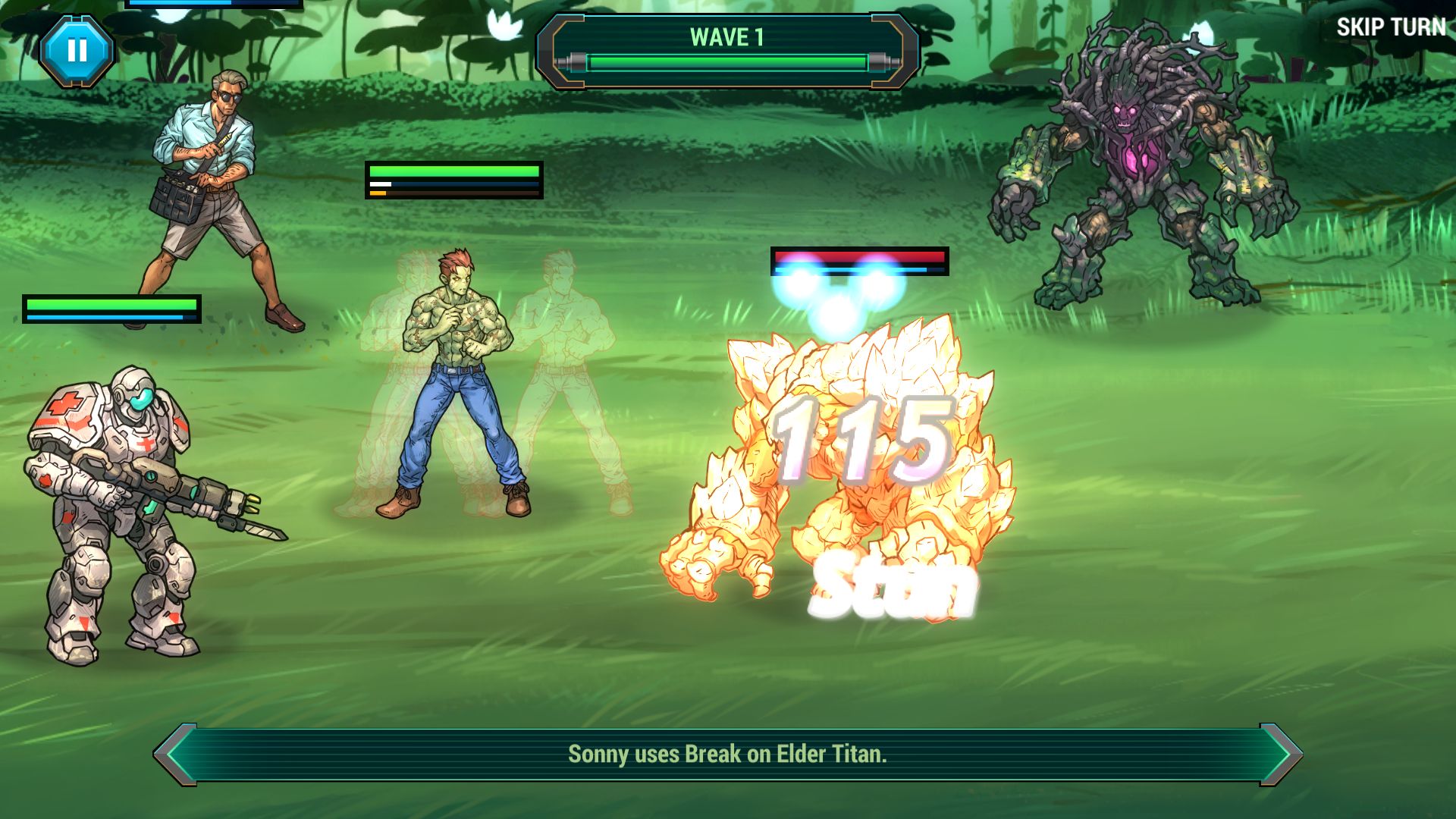 Sonny‘s an RPG all about combat, and you go into battle with a wheel of up to 8 abilities from a skill tree that you can upgrade. These abilities include standard, no-cooldown attacks, attacks with special effects that need a number of turns to recharge, and defensive/healing abilities. A speed stat determines how fast the turn meter fills up; this isn’t an active time battle game, but instead time freezes when it’s a character’s turn, and certain abilities can effect the turn meter’s filling for protagonists or antagonists. You control only Sonny but have two allies in battle that have their own attack and support abilities. Combat winds up being very strategic, as you have to utilize your abilities and their cooldown timers properly to win in the multi-stage battles that comprise the game.

Sonny reminds me a lot of Zodiac: Orcanon Odyssey ($4.99) in many ways. Both feel like they’re going for the social RPG genre except done in a paid game style. Sonny is just a $2.99 purchase, and there’s no IAP to be found. Zodiac may have been for different reasons, namely that they were still figuring out their business model well along the way of that game’s troubled development. It showed in the game’s many flaws. Sonny feels like a far more cohesive experience, and more like the game’s existence is what it was intended to be rather than something repurposed late in development. Namely, Sonny feels a lot like a paid game through and through, rather than something that made a transition from free-to-play to paid at some point. That, or Armor Games just did a spectacular job at covering up any of the warts. In fact, the only real reason I’d say that any of the game feels like it was ever free-to-play is just because of its origins as a Flash RPG that provided roots for the social RPG genre as a whole. 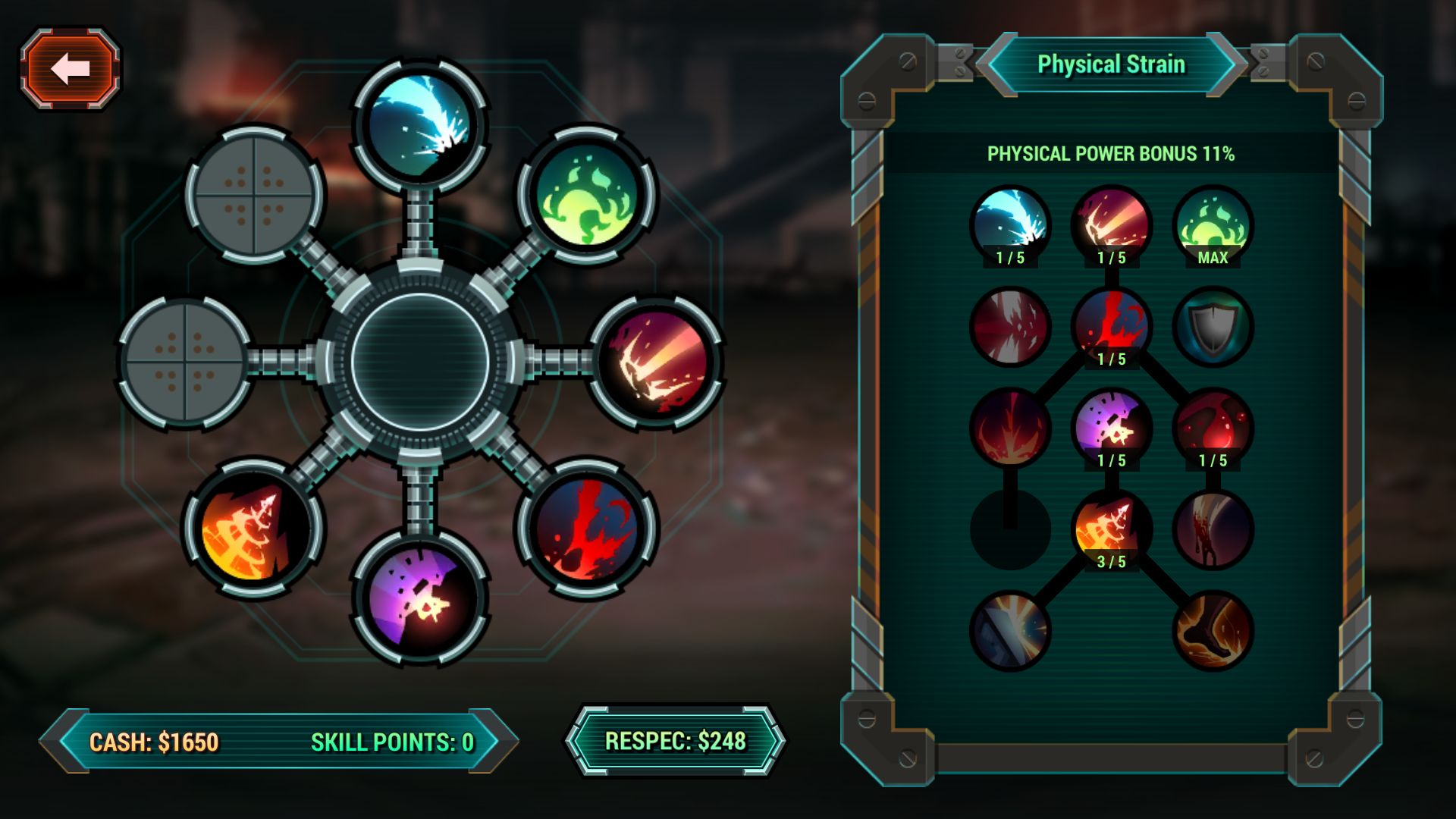 And as a social/casual RPG, you need to come in with accurate expectations for Sonny. There’s no overworld, a basic shop that’s available between levels, a space where you can grind enemies (that gives you cash and experience!), and that’s pretty much it. All dialogue and story happens in or between battles, there’s no exploration to be had here. It’s just you going from one battle to the next. This can be good or bad. If you like RPGs without the cruft, well, you have yourself a cruft-free RPG here. If you enjoy some of the elements of exploring a world and talking to people, well, Sonny doesn’t provide that to you. It’s a mixed bag, but I kind of like that Sonny is about just plowing forward. Thankfully, the game giving you experience and money for the simpler grinding fights means that if you ever get stuck, you can get an edge by leveling up. Or, you can spend a few bucks on re-spec’ing your stats.

Re-spec’ing stats can be important, as certain fights all but require certain abilities that you can bring into battle against enemies. Re-spec’ing’s costs increase over time, but is rarely so expensive that you shouldn’t just go ahead and do it. If you have a lot invested in your elemental type, but wind up in a world where that’s weak against enemies, you could re-spec to neutral abilities. Don’t like an ability? It’s not a huge cost to reset your entire skill tree. It’s a very player-friendly system. The one thing about the big elemental type selection is that the initial introduction kind of tasks you with a weighty choice out of nowhere. And it can kind of screw you over early on as the third world contains fire enemies, so if you went for the fire elemental…welp. Still, being able to utilize and re-spec the skill tree is very handy. 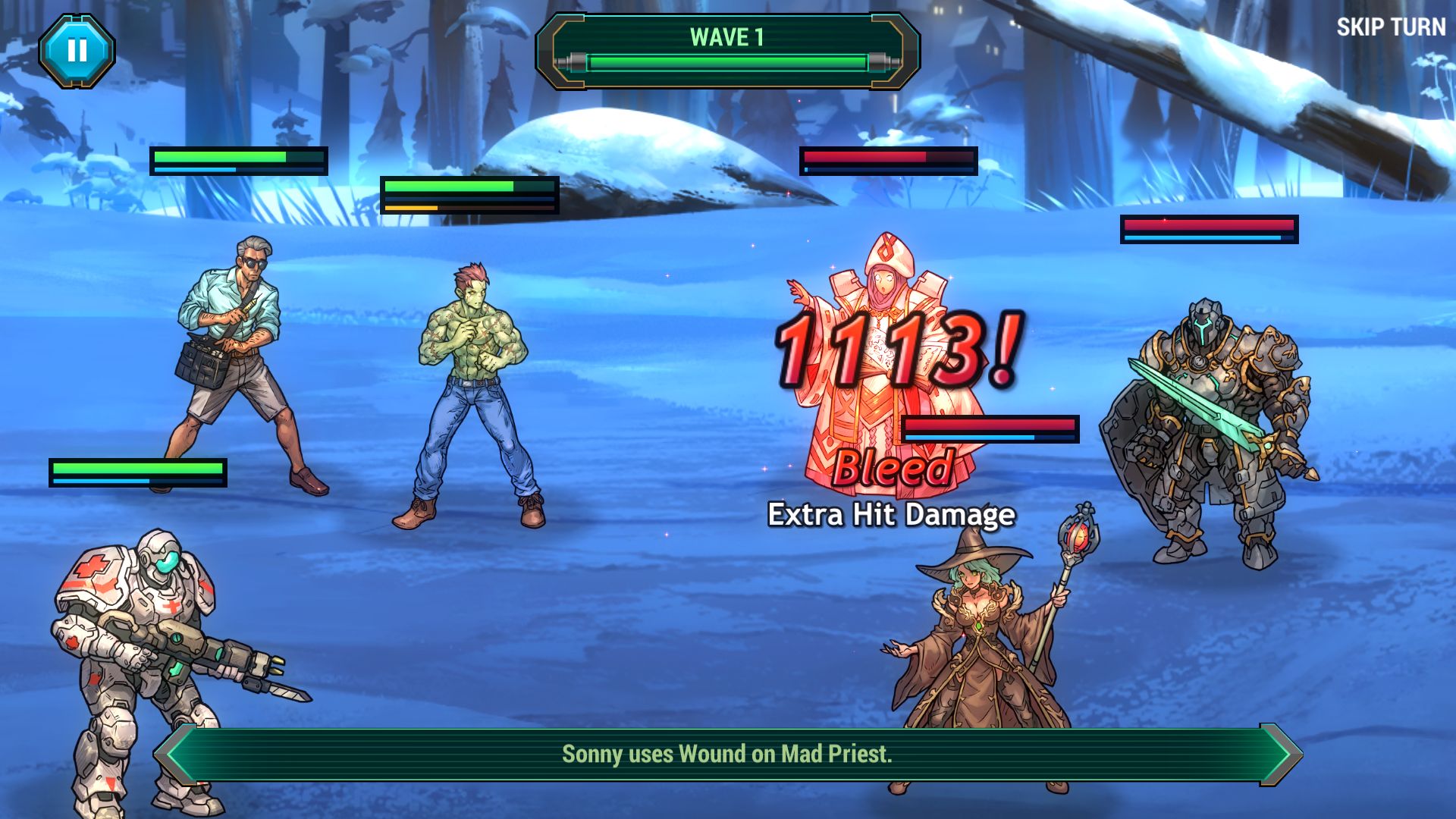 And Sonny is impressive because it has a definite strategic aspect to the combat, where your skills sometimes are necessary to use in combat, or have various affinities with one another even across the elemental skill trees that can make the order in which you deploy abilities crucial. The mid-battle evolution ability, where you can give abilities new effects as your evolution meter charges, is a clever way to give you some new advantages and cause you to change your tactics in battle.

Unfortunately, your allies being computer-controlled winds up being a bit annoying. For example, if you use an ability that greatly weakens an opponent’s defense so you can use a powerful attack to deal a massive amount of damage, you have to hope that your teammates won’t exploit that opportunity in an inefficient manner. Or sometimes you hope that they will do the right thing. I get that this is very much meant to streamline the game for its likely audience, but it does take away from the strategic aspect that Sonny is clearly going for. One thing I like is that if Sonny dies, you can continue the fight or end it right away. Your allies aren’t going to be as good as Sonny is, so they probably won’t pull the battle out, but if the last enemy is near death, they can sometimes pull out the victory.

Sonny is just a solid casual RPG. The battle-based structure makes it easy to play this one for just a few minutes at a time. It’s got challenging battles, but it gives you plenty of options to try and get a leg up on any tough enemies and battles. It’s easy to play and dive into, but has a surprising depth to the combat. It’s lacking a few things, but is overall a cohesive, well-made game that fans of the original Flash games and newcomers should both enjoy. The game’s 8 worlds should provide plenty of length for budget-conscious players, especially since the game’s just $2.99 and has no in-app purchases at all.