Earlier this week, the newest entry in Gameloft’s Gangstar franchise soft launched in The Philippines, and your archetypal miscreant was this time trampling through the streets of New Orleans, causing trouble, mischief, and typical gangster action in their wake. While members of our forum community were decidedly mixed in their reaction to Gangstar New Orleans, it seems that Gameloft have had enough of people using our soft launch guide and playing the title early from outside the soft launch regions, and have begun blocking other gamers from being able to try out the game. Forum member Allstars Production was faced with the screen below that states how Gameloft are ‘not ready yet to release the game in your area’, and so even though they downloaded it from The Philippines store, they were not able to continue playing the title today. 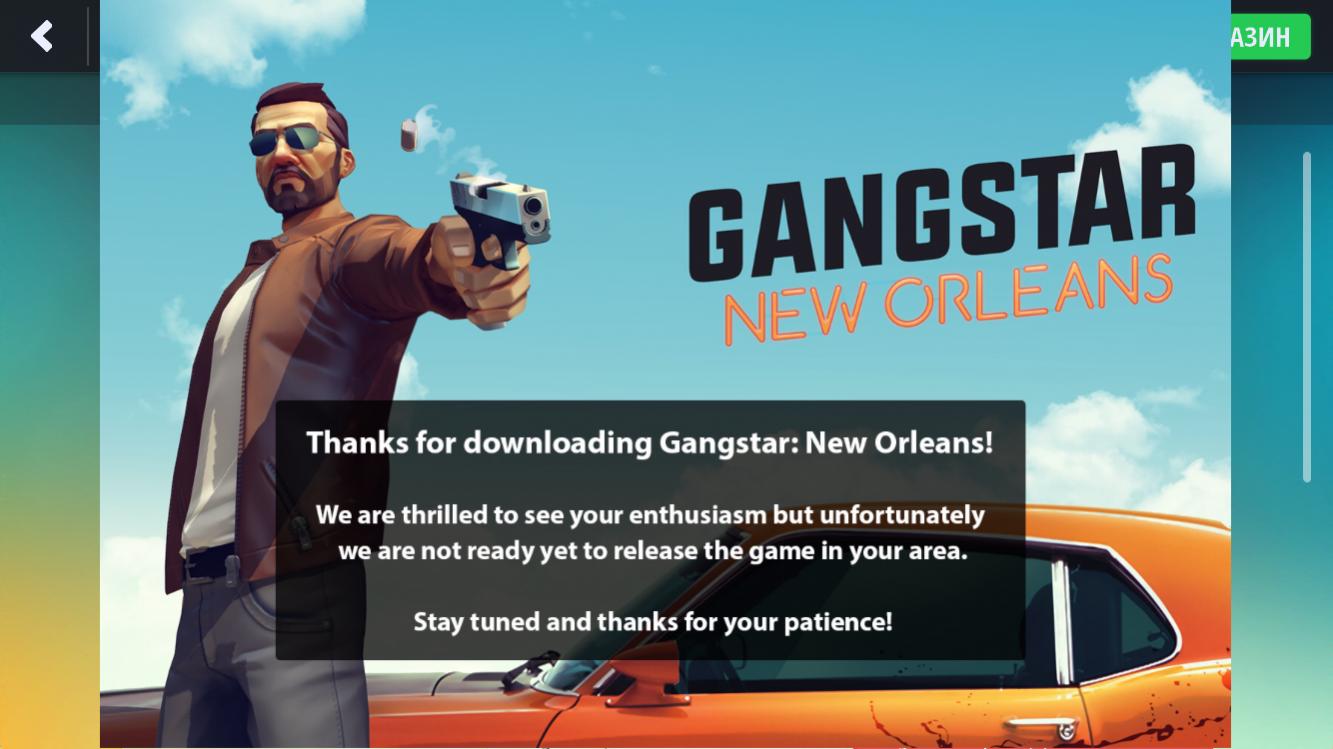 Although it has become a trend as of late for developers to region lock their soft launch titles, the case of Gangstar New Orleans has a peculiar twist that makes it stand out from similar releases such as Transformers: Forged to Fight. While the latter game was still accessible by using a proxy that changed your location, Allstars Production found that the block on Gangstar New Orleans was permanent, regardless of whether he had changed VPN. This potentially means Gameloft are banning accounts by the region they first connected with, or if they appear as located in a region outside the soft launch at any time. Regardless of what blocking system is in place, it’s an interesting development, and I’m curious as to see whether this sets a new precedent for soft launch games. It’s also somewhat of a coincidence that this block came around shortly after our forum roundup post with mixed impressions. Are Gameloft wanting to prevent gamers from trying it early so they can improve it, or is this a way of stopping people spreading potentially harmful negative feedback? We’ll keep you updated with any developments, but let us know what you think on the Gangstar New Orleans forum thread.