At 3am UK time on Wednesday morning, my iPhone buzzed furiously as news spread that The Binding of Isaac: Rebirth ($14.99) had finally launched on the App Store. After what seemed like months of drama, anticipation and hype on our forums, such a sudden and unexplained release felt particularly fitting for The Binding of Isaac’s turbulent development cycle, but thankfully it’s now out and, according to our five star review, a rather excellent port to boot. Many people have also left glowing reviews for The Binding of Isaac on our forum thread, however the most frequently asked questions amongst gamers in our community have been how the port shapes up to the PC, 3DS, and PS Vita interactions of the title. While a small minority have taken issue with the perceived lack of precision with the controls, most TouchArcade forum members have been greatly impressed by how The Binding of Isaac has transitioned to mobile devices. 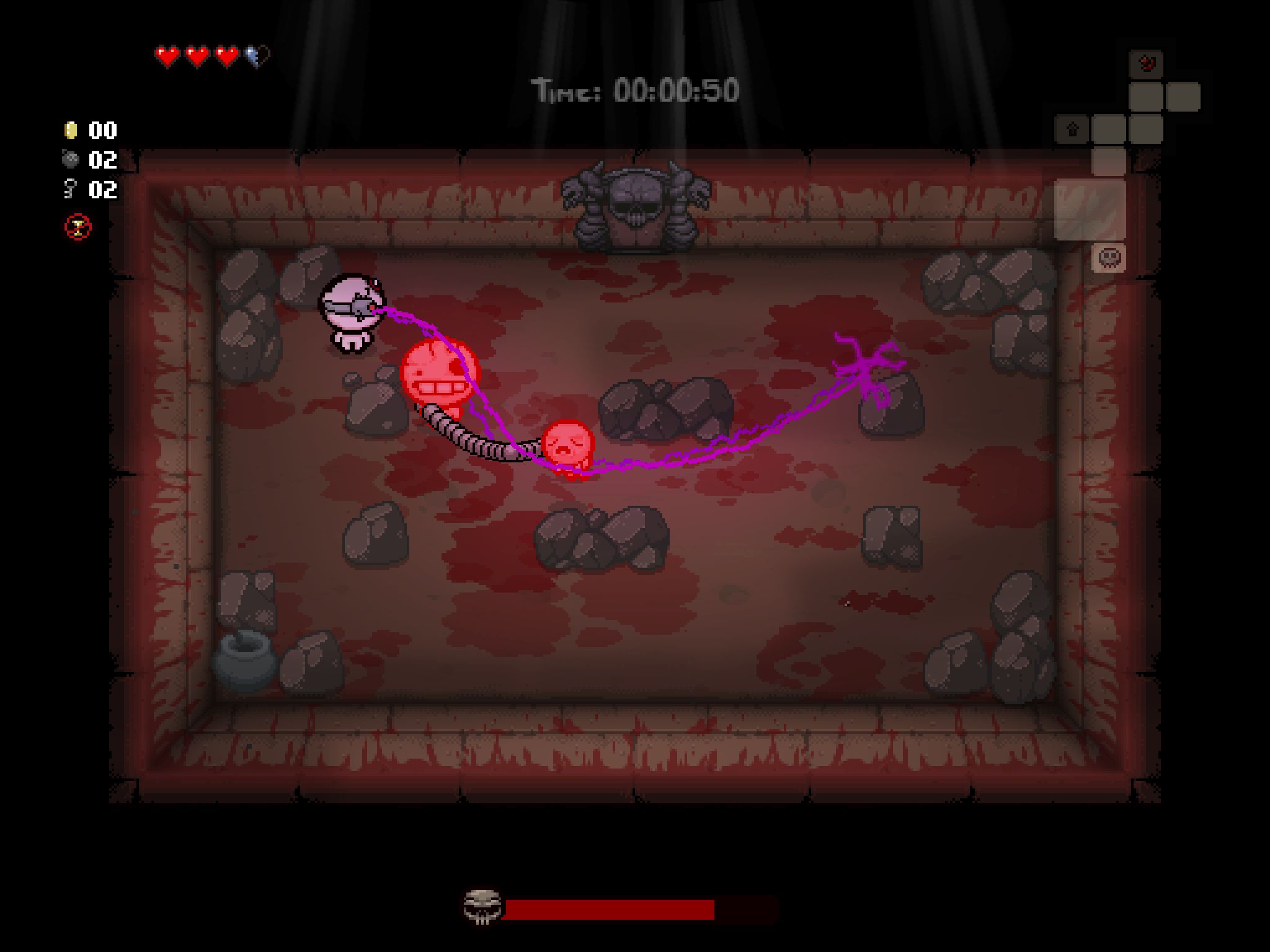 To kick off the positive reception to The Binding of Isaac, forum stalwart Metalcasket was glowing in his praise for the performance of the game on his iPhone SE. He describes the controls as ‘buttery smooth’, and despite the obvious lack of screen space for the portrait mode on Apple’s smallest device, sums up the port as a ’10/10 effort’. Luckystrikeguy shares similar sentiments, and claims he hasn’t encountered any crashes, and that on his iPhone 6 the game runs ‘flawlessly’. Controls are ‘about as good as anyone can expect for touch controls’ and, in comparing to the PC version of the game, are ‘similar on both platforms’, while concluding that Nicalis ‘knocked it out of the park’ with their mobile port. Ayjona goes one further, and suggests that the controls are ‘some of the best’ with a comparison to Wayward Souls’ ($7.99) excellent touch-screen input, which is high praise indeed. They further outline how it ‘runs and looks better than the Vita and 3DS versions’ and is a ‘complete game’. 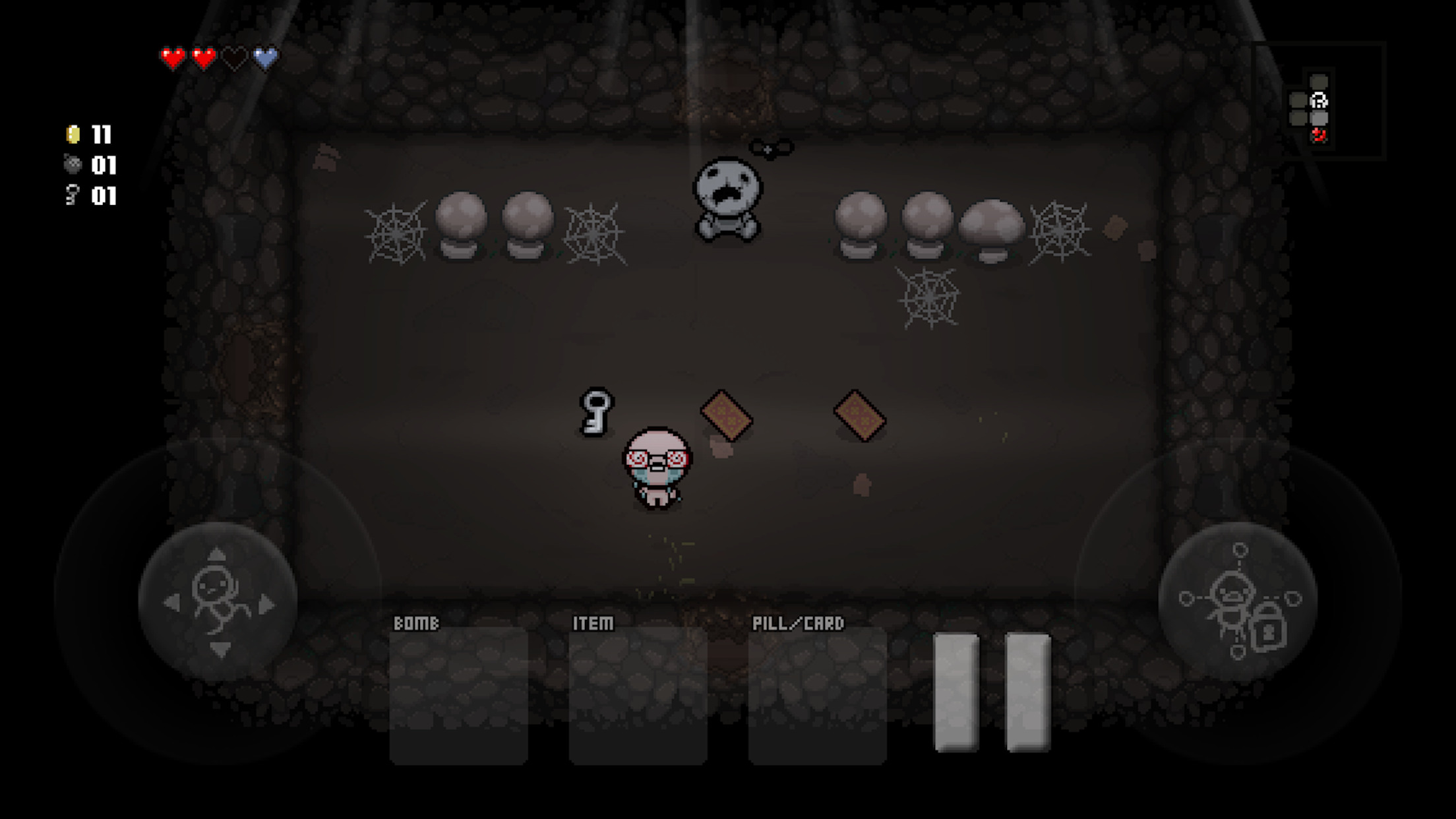 However, others with extensive experience of the Steam version of the game have either taken issue with the lack of sensitivity with the controls, or have struggled to adapt to the inherent restrictions of the mobile device. Bossjaja suggests an alternate control scheme that involves simply tapping parts of the pad to move, to give even more control when trying to avoid enemies. However, after a couple of hours, they report back that they have ‘definitely gotten used to the controls’ with the help of the Aim Lock feature, but proposes that a ‘sensitivity slider’ could be a helpful addition. Qwertz555 has a similar first impression, as while they slowly got the hang of the controls after an hour or so, they are only ‘fine’, and not ‘perfect’ enough for their own personal tastes. On the far end of the spectrum, Spizak and ItouchBrett are particularly vocal about their distaste for the touch screen controls, with the former calling it ‘unplayable’, and the latter citing that the ‘floatyness needs to be fixed’, as ‘every movement could be life or death’.

Overall, however, the feedback on both the port and controls is overwhelmingly positive. Hambo12 excitedly discloses that they ‘have been playing all day’, and particularly enjoys ‘discovering all the secrets [and] easter eggs’. For new players, forum veteran Delusionaltool offers the sage advice of trying to bomb walls Zelda-style to find hidden secrets, but also to stay away from the Binding of Isaac wiki, as it is more fun discovering the title’s secrets on your own. Regardless of whether you’re impressed with the port, or perhaps expected slightly tighter controls after hundreds of hours on the PC iteration, we’d love to hear your views on our forum thread; similarly, if you’re looking for tips or secrets within the game, head down to our friendly community of gamers for more discussion on The Binding of Isaac.