Apple has made an interesting policy change on tvOS, where developers can now release binaries that are up to 4 GB in size. Before, developers had to release an app binary that was 200 MB max, and then download the rest of the app’s content after the app was launched using On-Demand Resources. Because who doesn’t enjoy downloading a game, then waiting for it to download without reliable background downloading support? This was a problem in particular with a beefy game like Transistor ($4.99), which had a lot of data to download. This is Apple fixing one of the big issues with Apple TV gaming that plagued it at launch. The other was the since-lifted requirement for Siri Remote controls alongside controllers, which led to ridiculous circumstances such as the Modern Combat 5 (Free) remote controls: 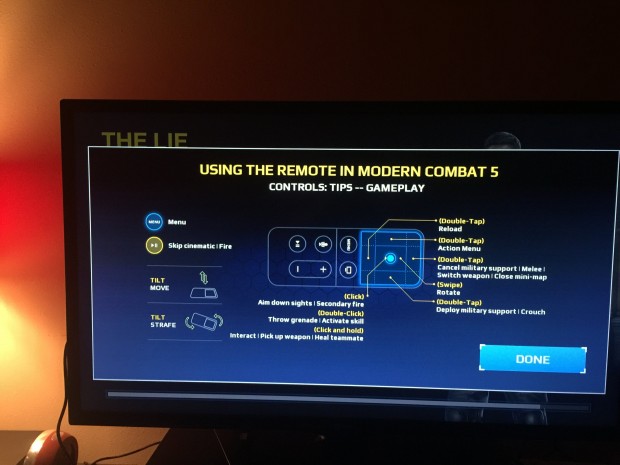 Along with the 4 GB binary limit, the On-Demand Resources portion of an app can be up to 20 GB. Blaze it! Of course, the current maximum size of an Apple TV is 32 GB, so don’t expect a whole host of games taking advantage of 24 GB of content. This all may be too little, too late: Apple TV gaming has yet to make any kind of significant impact, though Apple might not be ready to give up on it quite yet.