Spunge Games is expanding their Faily universe that started with Faily Brakes (Free) and expanded with Faily Rider (Free) to skateboarding. Faily Skater will have you playing as Phil Faily, who has clearly learned nothing after his many transportation incidents in the previous two games. Now, he finds himself on a skateboard. Without proper protection…going downhill…through a busy city full of traffic. This is not going to end well for Phil. It will end well for you, if watching Phil wipe out in ever more chaotic ways is good to you, you sick monster you. Development has just started, so art here is very unfinished: 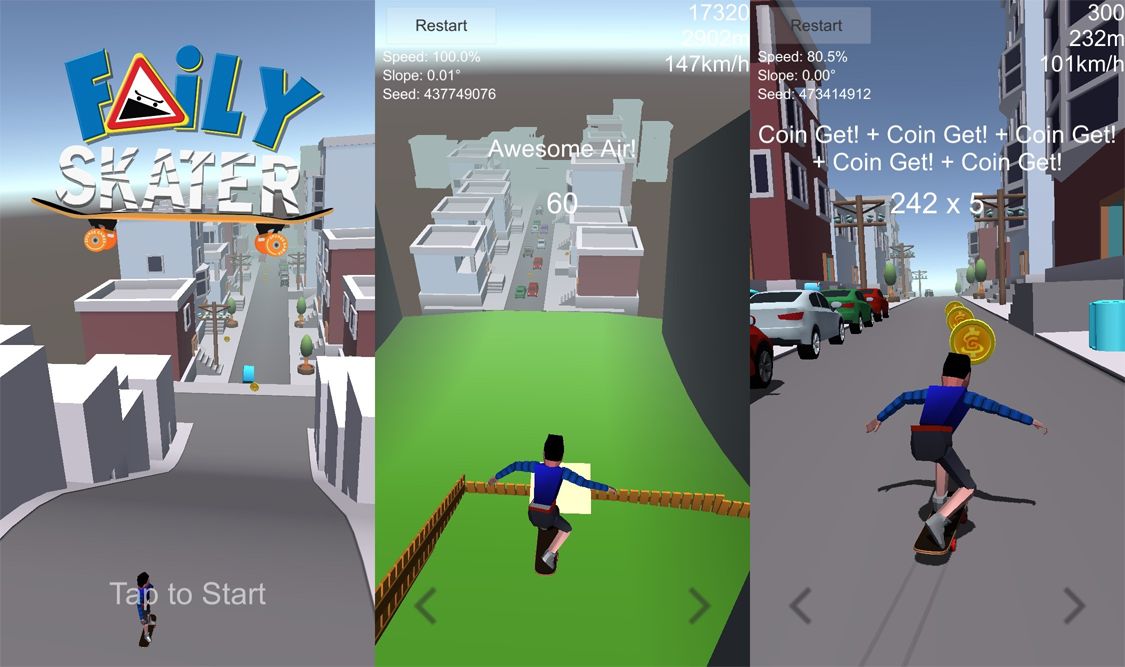 If you’re curious to check this one out, Spunge Games is taking beta testers in the game’s forum thread, where you can get info about signing up for the beta. Spunge Games has a solid track record so far, and I’m interested to see how Faily Skater expands on the Faily formula.