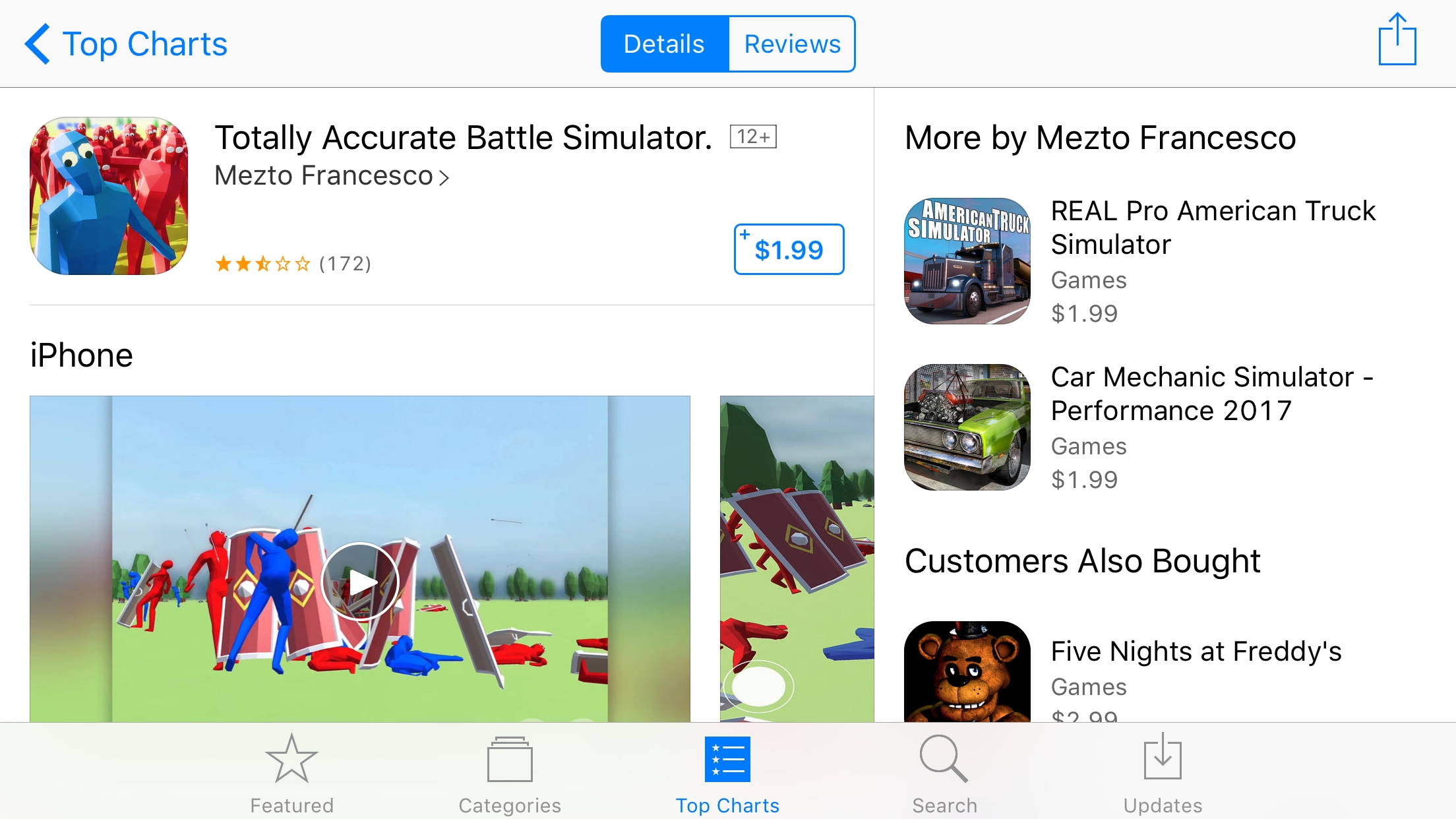 The game isn’t for sale yet, and these videos feature content that isn’t in the open alpha, so those two factors have led to a cottage market for clones on mobile to make a quick buck. While clones are always going to happen in our modern era of gaming and distribution, the App Store should probably be sniffing out obvious fakes like this, especially since there are multiple scam clones with similar names in the top paid list! Shop carefully, folks. And maybe someday we’ll get a real Totally Accurate Battle Simulator for mobile.