Hello Hearthstone (Free) players, and welcome to another Touchstone Tavern, our roundup of everything that happened in the world of Blizzard’s smash hit last week. To no one’s surprise, last week was all about Gadgetzan, the latest expansion. We have stories about which classes are doing well and which aren’t, what decks are the strongest in the current meta, what you can do about that Patches guy, and much more. We also have some fun and informative videos, and the first meta report post-Gadgetzan release, which will surely help you pick the right decks to play if climbing the ladder is your thing. So, step right in from the cold, and let’s get started.

The Best and Worst Classes

After all the shuffling around due to the new cards, a new meta has started to emerge. This story focuses on which classes are doing well now and which aren’t based mostly on what’s happening in ranked. The writer sees Druid as the strongest because of those lovely Jade Golems, Priest comes second because of how well Dragon and Reno Priest are performing, Warrior is third because of the huge boosts to Pirates (Hello Patches), and Shaman comes fourth because it’s still carrying some of its pre-Gadgetzan power level. Warlock isn’t bad at all with Renolocks still being played and goind a lot of damage.

Mage is just okay because the Reno Mage decks are still being worked on and aren’t that exciting or dominating, Paladin isn’t in the right place right now with other classes doing what Paladin can do better, Rogue is pretty poor because the new stealth minions won’t work in a meta with plenty of AOE, and Hunter is at the bottom of the pile because the buff in your hand decks are inconsistent. Do you agree with this assessment overall, or would you rank them differently?

How to Beat Pirate Warrior

It’s no secret that the most powerful deck currently is Pirate Warrior with cards like Dread Corsair, Bloodsail Raider, and of course Patches the Pirate. This story is all about how to beat this very powerful deck. First it goes into why the deck is so popular – simple combos primarily – and then talks about how you can tech against the deck. It then talks briefly about the strategies needed to beat this deck. Let’s face it though, you can’t just heavily tech your deck to beat one specific deck and hope to do well.

Patches the Pirate is OP

This story calls that cute little Patches the Pirate OP because he pops up on turn one for free and not from your hand but your deck, a great early tempo boost. Small Time Buccaneer is great help to Patches because it adds consistency to the deck. The story goes on to explain how the new Pirate Warrior deck works, though it doesn’t go into much detail. Check out the story here.

With Patches partying on Ladder, everyone wants to learn how to either beat it or play it. This story gives you the Pirate Warrior decklist along with some advice on what to play in the early turns and then talks briefly about how to beat the deck and what classes can do that the best. Check it out here.

If you’re the kind of player who enjoys looking at card art, check out this story about the best Golden cards in the new expansion. Inkmaster Solia is, of course, one of them – she’s after all many players’ favorite – as is Cryomancer, Bomb Squad, and many more. Great collection of cards for those who appreciate card art.

Here’s a Comparison of Each Gang’s Matches

Continuing to build on the lore and theme of the new expansion, Blizzard has posted a fun map that turns the matches played by classes affiliated with each crime family into turf those families control. The percentages are closer than I thought they would be, with the Kabal at about 37%, Jade Lotus at 32%, and the Grimy Goons at 31%. I like how Blizzard has been expertly weaving a narrative that helps make all the matches we play a bit more fun by making players feel more connected than usual. I hope we see gang-based tournaments soon. Check out the whole story here. 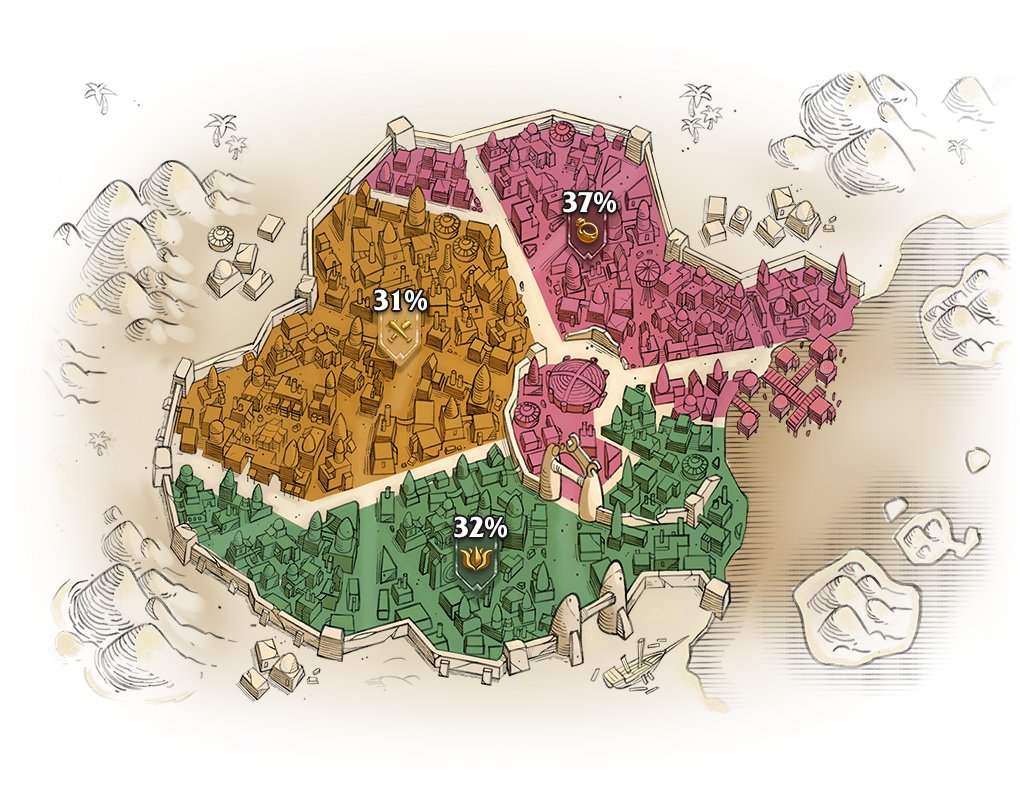 If you’ve managed to get your hands on the Druid Legendary Kun the Forgotten King, this story is for you. The writer talks about how Kun got popular all of a sudden and goes into the various decklists that show off the power of the Forgotten King. There are combos with Aviana, C’Thun, Malygos, and more. I like how a card that many didn’t rank among the most influential before the expansion came out is now starting to become a piece of many powerful combos. So, if you have Kun or plan to craft it in the near future, check out this story.

According to the writer of this story, Dirty Rat is one of the most interesting cards of the recent expansion, and it works in the oddest scenarios. You can use this 2-mana 2/6 Taunt with a battlecry that summons a minion from your opponent’s hand to protect yourself from Aggro decks during the early turns (although it sometimes can pull high-attack minions), or maybe to pull that valuable Doomsayer onto the board and save yourself an awkward turn later. You can also use it with Bran to pull apart even more combos (although only if you have good board clears yourself), or even use Mind Control Tech. I wonder how useful this card will end up being once the meta settles a bit.

Kripp Could Have Taken Hearthstone Down With One Move

This is a pretty funny story. Kripparian has been saving all his cards until he can disenchant them and make a fully golden collection in one go. Well, apparently back when Hearthstone‘s infrastructure wasn’t yet strong enough (pre-TGT), the developers were worried about Kripp’s collection. As Ben Brode pointed out, they were pretty confident that if Kripp had pressed that Disenchant button, the servers would have crashed. Brode thinks they’re probably okay now, but they’ll have to see when that button is actually pressed. Kripp needs around 700 packs before he’s ready to press that button, so maybe we’re getting closer to finding out. Check the story here.

If you’re a PC player, this story should make you very happy, and if you’re a mobile player, it should make you hopeful. Apparently. Netease, the company that runs Hearthstone in China, is giving players an app called Hearthstone Box that will allow them to run tournaments. This will save players the trouble of submitting decklists, reporting results, etc. Hopefully, we’ll get tournaments on this side of the world too and on mobile as well. Read the whole story here.

For those looking for popular new decks to mess about it, check out this list here. You can put together Kolento’s Jade Druid, Sjow’s Dragon Priest, a deck based on the famous Finja, more than a few Jade decks, and even a Rogue one. Some are on the expensive side, but you might already have most of their cards.

This is the first meta report post-Gadgetzan, so it’s definitely an interesting one. As Tempo Storm’s Meta Snapshot writers’ point out, the new expansion brought plenty of aggro decks to the game that have pushed out control decks. The response to aggro seems to be all kinds of Reno decks. One reason why we’re getting many aggro decks is because they are good decks in a meta with many unrefined decks like the one we have at the moment. That is why we have decks like Aggro Pirate Shaman and Pirate Warrior dominating. Because of this dominance, we are getting Reno decks because they can counter those aggro decks. Jade Druid, on the other hand, has pushed slower control decks out of the meta because of how powerful it is.

So, Aggro Shaman, Pirate Warrior, and Renolock are the only Tier 1 decks right now, but there are several decks in Tier 2 like Jade Druid, Dragon Warrior, Jade Shaman, Pirate Rogue, and many more. Check out all the decks for all the tiers here.

How Good is Rogue?