Given Rockstar’s history of releases on iOS, it was a given they’d be releasing something at this point in December. Most people assumed it would be an iOS port of GTA: Vice City Stories, which I wouldn’t be mad at in the least. However, they threw everyone a bit of a curveball and instead released a 10-year anniversary edition of their cult hit Bully ($6.99). While I’m a fan of all things GTA and would happily welcome a new entry on iOS, I’m glad Rockstar went this route, if only because I’m among those who missed out on Bully on other platforms and am now finally experiencing its brilliance for the first time. 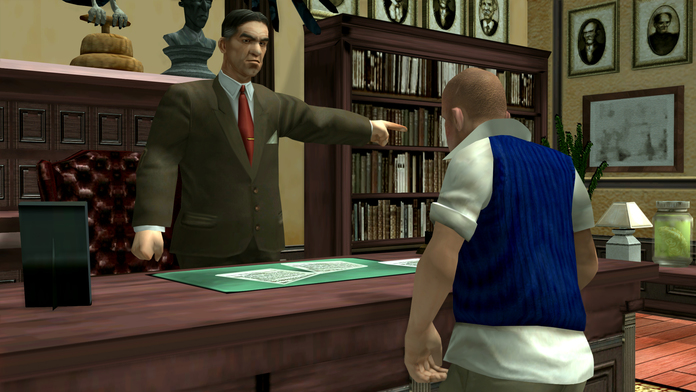 So how does a 30+ year gamer who has loved all of Rockstar’s releases miss out on Bully? Well, it originally released at kind of an odd time, towards the end of the PlayStation 2’s life cycle. By then I was about a year in with my Xbox 360 and wasn’t turning back. A remastered Scholarship Edition was released in early 2008 for then-current systems, but again, it just wasn’t a game that registered very hard on my radar at the time. I imagine there’s plenty of people who have had a similar experience to mine in regard to Bully, which is why it has gone as an under appreciated gem and gained a cult following.

Anyway, here we are now and I can stick the entirety of Bully into my pocket for seven bucks. What a world we live in. There’s not a whole lot to say about the port that we haven’t already said in our full review, so I’m going to focus on something different for this specific piece. As a first-time Bully player, something has really stuck out at me about the game compared to its GTA brethren, and that’s the pacing of the game. 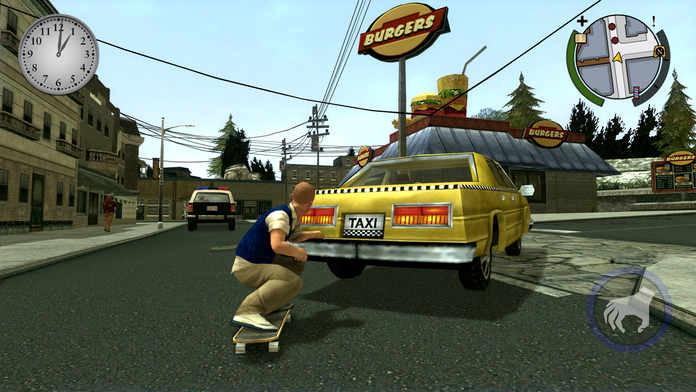 Bully stars a 15-year old high school kid attending a dodgy prep school, and as such you have certain limitations you’re bound to as a student. First and foremost is you’re expected to attend classes. A clock is constantly running in the corner of the screen so you’re always aware of the time, and if you don’t make it to your classes at the set times you run the risk of being busted for truancy. You’re also not a legal adult yet, and so there’s a curfew of 11pm that’s enforced in the game’s world. This means you’ll need to plan around having to get back to your dorm in time in order not to get in trouble, or if you do manage to avoid detection and stay out until 2am, you’ll simply pass out right on the spot.

These sort of restrictions add some much-needed structure to the open-world game formula, and they do a great job at making you feel like you’re really role-playing as an actual student. GTA for the most part is all about doing whatever the hell you want anytime you want, and to a certain extent you can play that way in Bully as well and just work around the constraints and consequences, but I actually appreciate how these limitations have shaped how I play. If class is about to start I’ll opt not to start a mission that might run long, and might take up a shorter fetch quest or simply goof around on my skateboard for a bit until the bell rings.

For lack of a better term, the whole system is really neat. It makes me feel like a school kid again. Added to the typical GTA formula of having a huge variety of activities and other things to do in a nice-sized open world, and Bully really comes out as one of Rockstar’s more unique games. I’m sad it’s taken me this long to realize how great it is, but I’m thankful that it’s on my gaming platform of choice now and that I’m finally experiencing it at all. If you’re like me and haven’t played Bully before, I very highly recommend you take a chance on this new Anniversary Edition release and experience one of Rockstar’s best games.