As we wrote about recently, King was running a contest to find America’s Next Shuffle Cat, the cat that would briefly star in Shuffle Cats (Free). After receiving plenty of cat photos and videos from across the US, the committee picked four finalists that got to strut their tails and furs on a literal cat walk even. After a hard fought battle, the winner was Wylie Coyote Super Genius (and by extension Michelle Meinhold of Fresno, CA), who’ll now get to be in Shuffle Cats. As you can see from the photo, the kitty looks more perplexed than anything and doesn’t ever realize he’ll be the envy of all other cats. 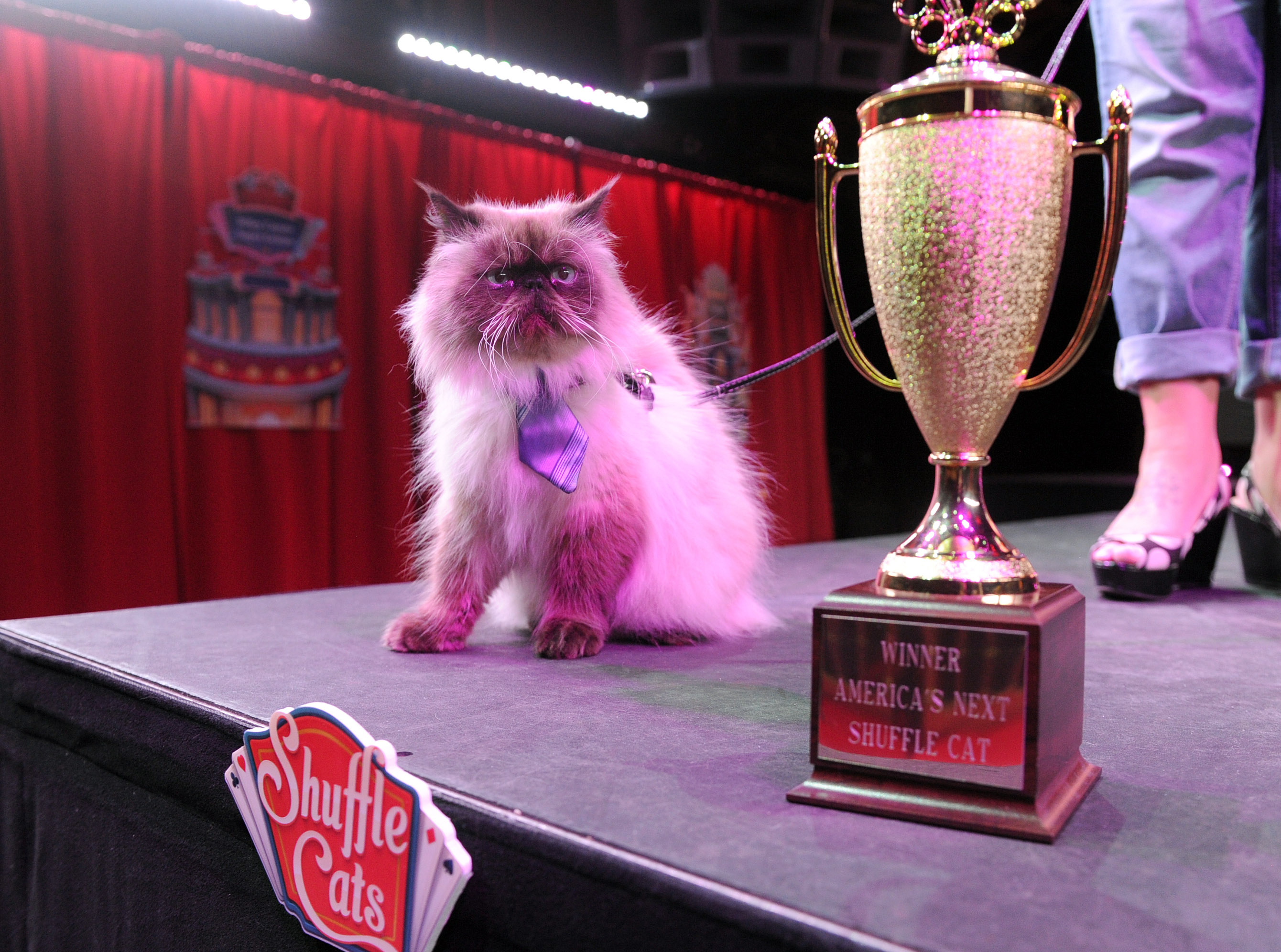 King’s idea of creating this competition was quite smart because there aren’t much better ways of promoting your game than getting cat people’s attention. I almost sent a photo of my own kitty for the contest, but she hates traveling so I spared her the torture.