Look, I love my hardcore math battles as much as the next person, but sometimes it’s nice to get something a little lighter. It can be hard to find an RPG that skates the line between simplicity and complexity well, but that’s just the spot that Witch Spring 2 ($3.99) fits into. With an emphasis on crafting, exploration of a limited map, and simple turn-based battles, it’s probably not going to be to everyone’s tastes. It also leans rather heavily on a cute anime style that is obviously going to resonate with some and turn off others. And yet, there’s a lot of heart to the effort, and its innocent enthusiasm can be a little infectious. It’s certainly a nice break from the usual template we see in this genre, if nothing else. 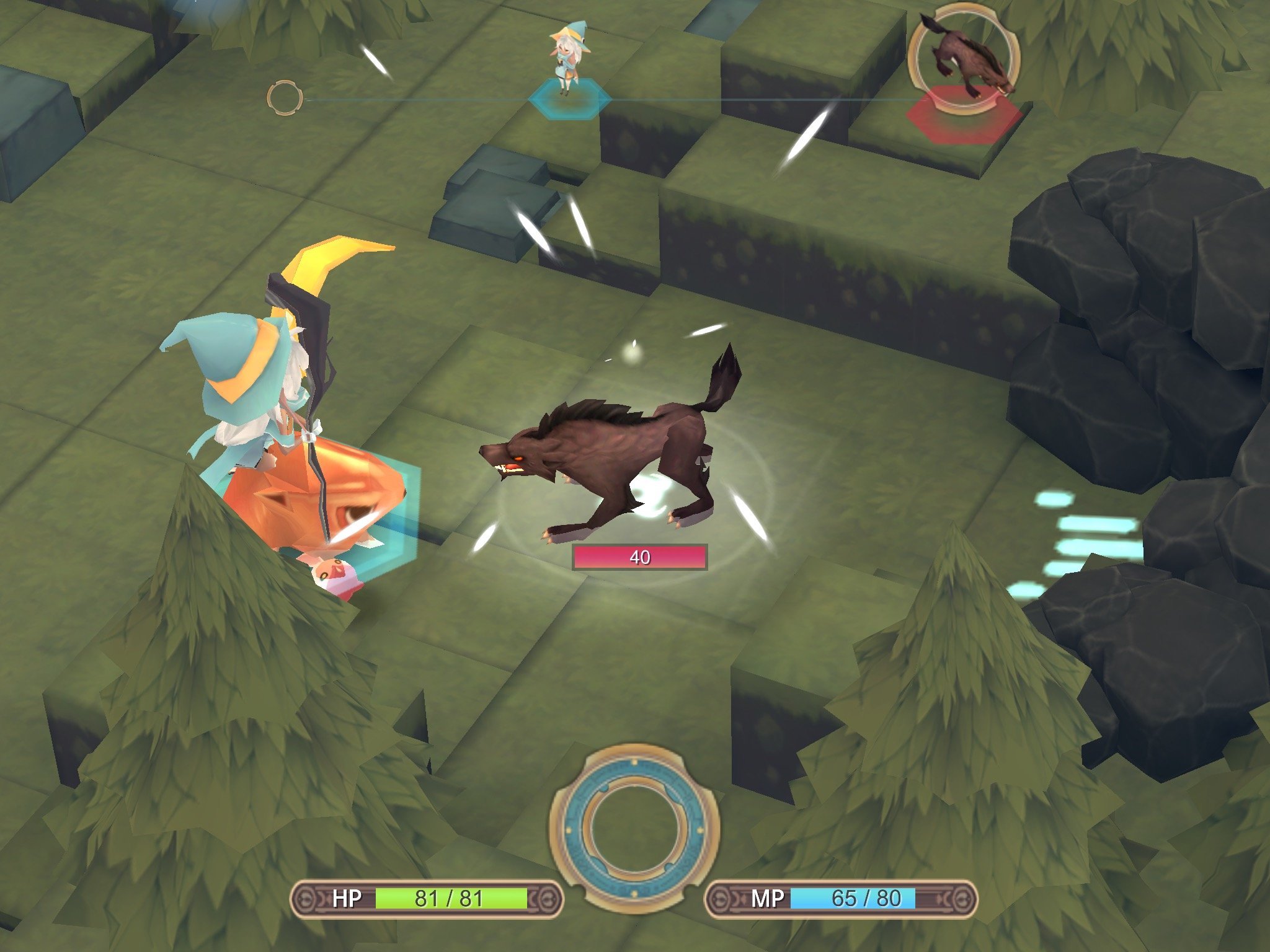 In this game, you’ll be guiding a young witch named Luna who is trying to survive after a revolution forces her and her kind into hiding. The situation isn’t as straightforward as it seems, and Luna will have to get to the bottom of things by solving a series of quests. Many of those quests involve defeating a particular enemy or turning in a particular item, which will require you to find where said target can be found. The crafting system sits at the heart of the game, and you’ll often need to cobble pieces together to get the item you need. You can also upgrade your stats and magic through crafting, so it’s important to collect every ingredient you find and take full advantage of what the system has to offer you.

Ingredients can be found scattered around the world map. It’s ostensibly open from the start, but there are powerful enemies blocking passage to many areas, so you’ll have to get strong enough to beat them before you can fully explore. Happily, defeating enemies also earns you ingredients, and they’re often the rarest and most useful of the lot. In the beginning, you’ll be heavily limited as to how much you’re able to get done in each day of the game, as you won’t have a cheap way of replenishing your magic points. As you get stronger, you’ll be able to handle more battles, go farther, and generally get more done per day. 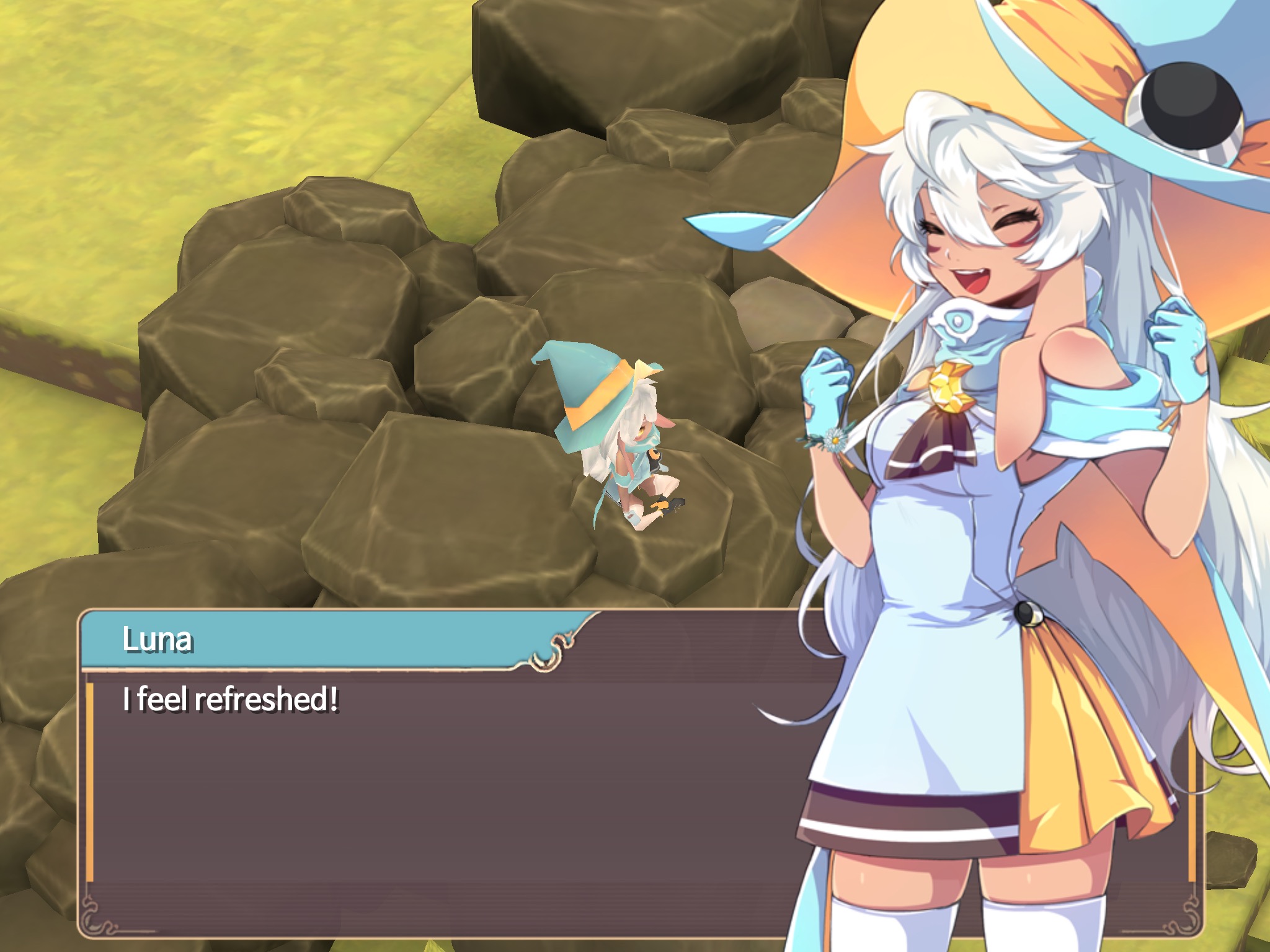 There are lots of ways to improve your stats. The easiest way is by training outside of Luna’s hideout. You’ll get various stat bonuses at the cost of some of your HP or MP by performing training exercises. You can also boost your stats by preparing and eating certain types of food. It’s important that you don’t neglect this, as you’ll quickly fall behind the enemies in power if you aren’t giving it the proper attention. If you’re not able to beat the gatekeeper enemies, you simply won’t be able to move forward with the story or enter new areas until you get yourself trained up.

Battles are simple turn-based affairs where you can choose to attack, cast a spell, or use an item on your turn. You and the enemy will smack each other until one of you runs out of HP. If that happens to be you, Luna will simply teleport back to her base. Since your HP will be depleted, you’ll lose a day sleeping to restore it, but you won’t have to face a game over screen or anything like that. In addition to training, you can improve your odds in combat by crafting and equipping better magic, or by bringing along an animal buddy. Animal partners can be found in various locations during the game, though you’ll have to figure out how to get them to go with you. Usually, you just have to give them a certain item, but there are a few that are trickier to recruit. 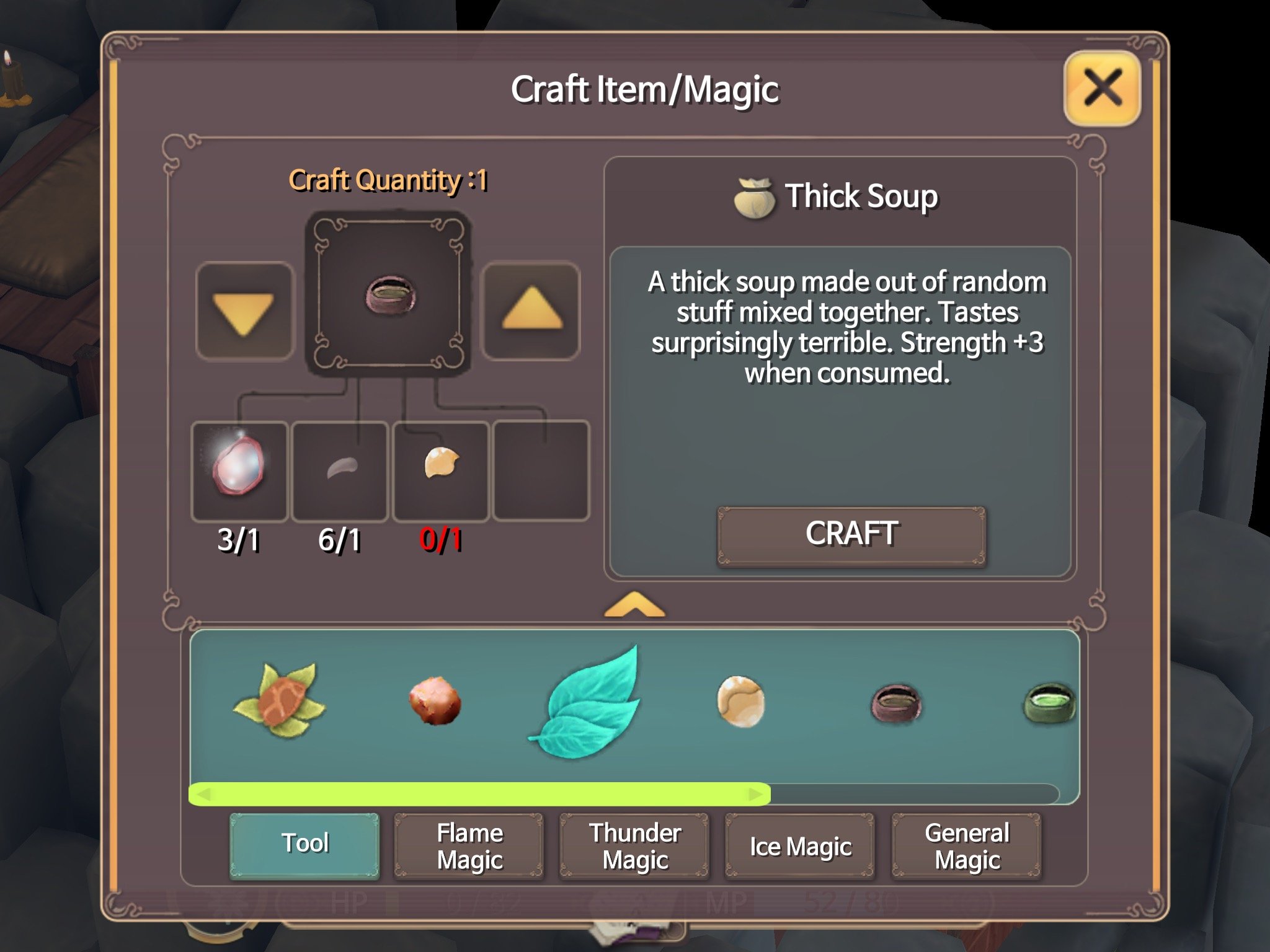 In addition to the main story quests, there are a lot of optional side-quests you can stumble across. They’re not too different from the story quests in terms of what you need to do, however. Some of the toughest parts of the game are optional quests, and there’s even a somewhat lengthy post-game to attend to if you’re still craving more after finishing the main story. If you’re just looking to beat the main story, you’re looking at around 15 hours, but there’s a fair bit more to indulge in if you’re inclined to do so.

Witch Spring 2 has a nice, bright presentation with decent polygonal graphics and good, if somewhat repetitive, music. The artwork has a strong anime vibe to it, and a lot of attention has been paid to making the main character look and animate as cute as possible. The UI is somewhat hard to understand at a glance, but once you learn where everything is, it’s easy enough to use. The English localization is understandable, but could probably use more work to make it sound more natural. The story is kind of silly and predictable anyway, but I could see it having more punch with the right localization.

While it could probably stand to go a little deeper with some of its mechanics, Witch Spring 2 is a fun little jaunt for RPG fans looking for something a little different from the norm. The crafting system is simple but enjoyable, and the battles are straightforward and occasionally quite challenging. At times, the game seems to flirt with being something great, but ultimately, it’s content to spend most of its time just being decent in a very charming way.