This week’s Hearthstone (Free)Tavern Brawl couldn’t be further from last week’s Heroic Tavern Brawl. Instead of putting together your own deck and relying mostly on skill, this week you take Valeera’s deck of spells to the brawl. The spells come from all classes, so you’ll see some interesting lost opportunities for synergies, but the fun part is that every time you play a spell, it summons a random minion of the same cost. As you can imagine, this Brawl is pretty heavy in terms of RNG, but the fact that the minions aren’t totally random and are, instead, of the same mana as the spell does give you a better idea of what you might get. You’ll still be constantly surprised, of course. Keep in mind that spells are cast after the minion is summoned, so if you play a spell that clears the board, it will remove your own newly-summoned minion, too. 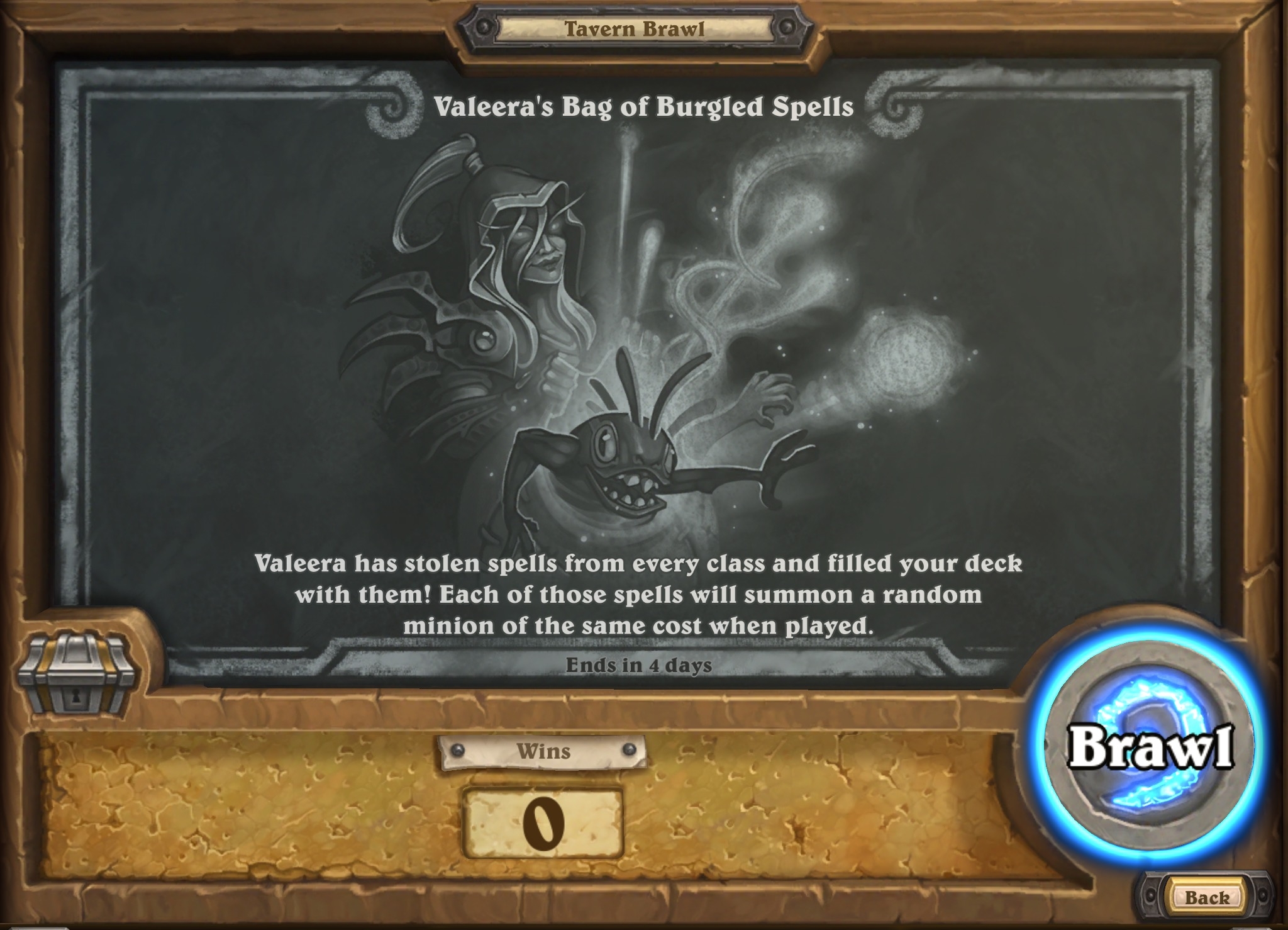 I’ve been enjoying this Brawl because the randomness doesn’t require much thinking on my behalf, and it’s sometimes fun to not know what’s coming on the board every turn. I’m keeping my fingers crossed that we’ll be getting a Mean Streets Tavern Brawl before the release of the new expansion. Valeera’s Bag of Burgled Spells is live, so go have fun.