More than ever before, a game review these days is often little more than a snapshot of a work in progress. Developers are rarely finished with games just because they’ve launched, and in certain cases, so much is added after the fact that whatever I thought at a game’s release no longer fits terribly well. A fine example of that is Demon’s Rise ($7.99), the debut SRPG from developer Wave Light Games. Wave Light worked hard on balancing the game, adding lots of content, and implementing features, taking it far beyond what was in the initial release. In fact, the developer recently updated it again, and will be doing more in the future. It’s great, but it also presents something of a challenge when it comes to a follow-up. 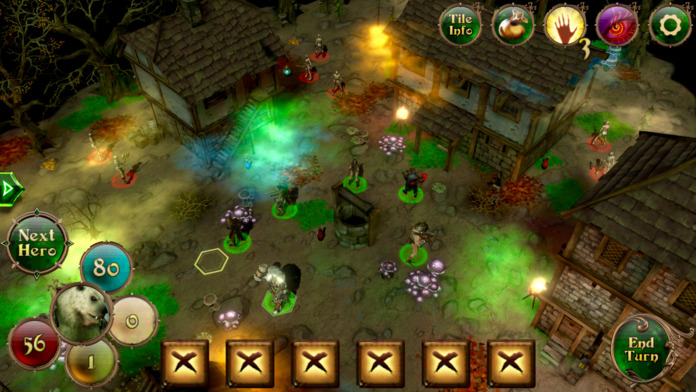 Depending on which version of Demon’s Rise you played, Demon’s Rise 2 ($7.99) is either miles beyond it or a lateral step. It’s only been just over a year since the first game came out, but Wave Light has learned a great deal in that time and poured all of that knowledge into making the first game the best that it can be. Demon’s Rise 2 benefits from all of those lessons learned, and as a result, is launching in essentially the state that the first game achieved after a year of feedback and improvements. It addresses nearly every issue I pointed in out in my review of the first game, because, well, the developer has already addressed those through updates to Demon’s Rise. If you were to play both games in the series now, you wouldn’t find a lot of differences in the mechanics, but that doesn’t mean that this isn’t an excellent sequel.

Allowing that the nuts and bolts are quite similar to the first game’s current state, what Demon’s Rise 2 brings to the table is a completely new cast of playable characters, a brand new campaign, a new set of quick (formerly known as patrol) missions, and of course, plenty of spiffy new gear to collect and equip. The list of playable characters is considerably smaller than that of the first game, and there’s a lot less redundancy as a result. Few characters overlap with each other the way they tend to in the first game, and that’s a change for the better. Fortunately, this reduced cast is just as imaginative as the roster of the original game. You won’t find many of the typical fantasy character classes in Demon’s Rise 2, but you will find a giant, hammer-wielding polar bear. 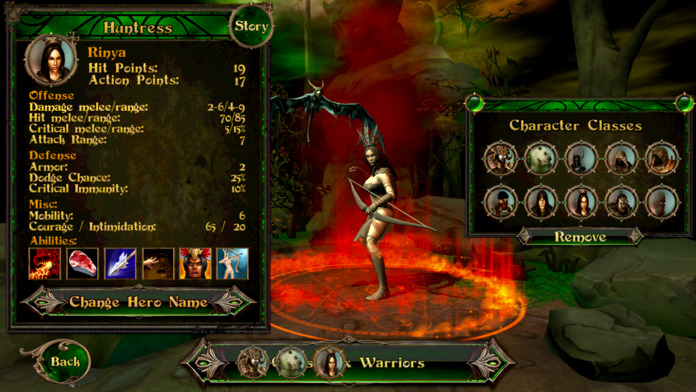 From a story perspective, you’re playing as the army of a dark lord this time, so your characters tend to be more Hell Knights and Blood Shamans than Paladins and Clerics. In practice, however, the gameplay is the same sort of tactical turn-based action that the original game does so well. You’ll bring a party of six members into a series of 30 campaign missions with a variety of goals that usually come down to killing all of your opponents. After clearing a battle, your party will earn experience points and get some gold and potentially some new gear. Leveling up increases a character’s stats and opens up new special abilities, and you can spend your gold on new equipment at the shop that’s accessible between missions. Just as in the previous game, you can also head out on up to 30 side missions between battles. They’re called quick missions here, but they work as they did before, giving you an extra source of enjoyment and experience if you’re stuck on a particular campaign mission.

As before, there are multiple difficulty settings to choose from, so if you’re really having trouble, you can always swallow your pride and try a mission on a lower setting. You’ll choose your setting at the start of each mission, and the higher the difficulty you choose, the more substantial the rewards will be. This lends extra replay value to even the earlier stages, since it’s sometimes useful to go back to see what potentially useful things clearing them might yield. Thankfully, you don’t have to worry anymore if you have to stop playing mid-battle, either. Mid-battle auto-saves were added in one of Demon’s Rise‘s many updates, so it’s naturally present in the sequel from the start. Missions run about the same length as in the previous game, from as little as 15 minutes to nearly an hour in some particularly complicated maps, so you can look forward to at least 30 hours of fun. 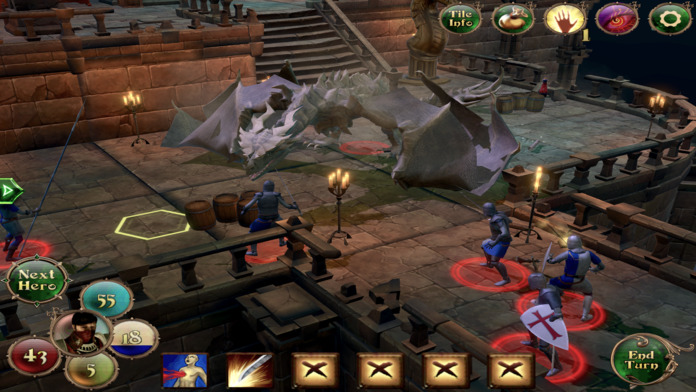 Both the cover system and morale system make their return, once again giving Demon’s Rise its own unique gameplay flavor. Making good use of cover is essential to surviving the game’s harder challenges, so you’ll want to keep that in mind as you draw up your plans for each battle. As in the first game, the morale system encourages you to use your characters as a team. Isolated units will panic, which can put them in serious danger. If things are going a unit’s way, however, they will be emboldened and enjoy a boost. Making sure no one gets separated while also trying to isolate enemy units forces you to pay even closer attention to your unit positioning than you might already in a game of this type. The scenario design in the first game was one its stand-out traits, and the same can be said for the sequel. Some missions just use familiar elements in imaginative ways while others could almost be called set pieces. You never quite know what the next quest will bring in Demon’s Rise 2, and that quality keeps the game fresh all the way through.

The user interface still has some quirks to it, but on the whole, it’s a major improvement over the early versions of the first game. You have different ways of controlling the camera, it’s easy to see what skills do without accidentally firing them off, and in general, everything is more intuitive. It sometimes doesn’t register a press here or there, and it’s perhaps a little too easy to pick the wrong character and move them before you realize what you’ve done, but overall, these issues don’t drag the game down much. The presentation is quite excellent all around, though some of the voices and sound effects are a little overdone in places. I also feel like the sound effects of hits don’t have the oomph that they do in some other games. Visually, I really have to point out how much the animation has improved from the launch version of Demon’s Rise. It’s a little stilted in places, but the characters actually look like they’re fighting with each other rather than just swiping at air that happens to have a body in it. This was again something added to the original game over time, but it bears mentioning anyway.

If turn-based tactics are your thing, Demon’s Rise 2 is a no-brainer. It offers a ton of content and the scenario design really is superb. It’s great to see the game realize a great deal of its potential right off the hop, and if it gets half the support the first game did, I can’t even imagine what it’s going to look like a year from now. It might feel a little too familiar if you’ve played the first game recently, but I don’t know too many people who played Demon’s Rise that wouldn’t be up for another 30 hours’ worth of what it had to offer. There have been a lot of high-profile releases in this genre recently, so many that you might be tempted to just walk on by this one. That would be a mistake, as you absolutely should not miss this fine sequel.