Hello, gentle readers, and welcome to the Classic Reload, the monthly feature where we complete our woeful errands with a smile. Each month, we take a look at a game from the App Store’s past to see how it holds up in the here and now. It’s a chance to revisit old favorites, reflect on their overall place in the App Store’s library, or to take a deeper dive than our reviews typically allow for. If there’s a game you’d like to see featured here, don’t be shy! You can make suggestions in the comments below and I’ll consider them for a future installment.

As I’ve mentioned before, my plan for the first several installments of this feature is to more or less go through all of TouchArcade’s previous Game of the Year winners before moving on to other things. In that spirit, we’re taking a look at Superbrothers: Sword & Sworcery EP ($3.99), the 2011 TouchArcade Game of the Year, in this month’s Classic Reload. Initially released on iPad on March 24th, 2011, the game eventually made its way to iPhone and PC, earning high praise from critics and players alike and proving to be a genuine hit for developers Superbrothers and Capybara Games. With music being such a large part of the game, it’s no surprise that it was also a real booster for the game’s composer, Jim Guthrie, too. More than that, the game served as an example for countless mobile games to follow. For example, the developers of Monument Valley ($3.99) have cited Sword & Sworcery as one of their inspirations. 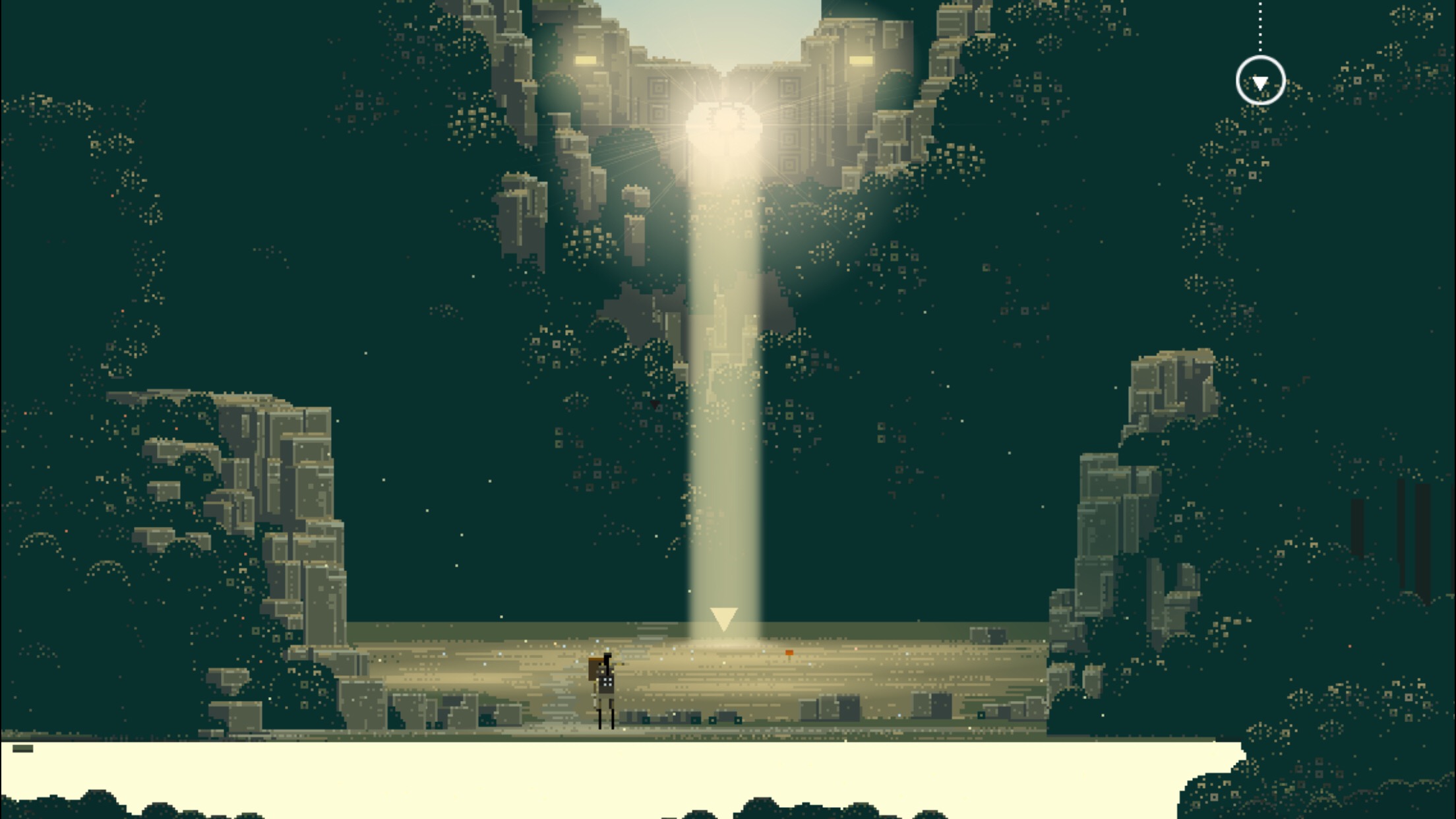 The game achieved that rare sort of success in the mobile industry where it broke out of our little bubble and got a lot of attention from more general gaming sites. As such, the development history of Sword & Sworcery has been recounted in great detail in many other places, so I’ll stick to the quick version. It begins with a friendship forged in 2003 between an artist named Craig D. Adams and a musician named Jim Guthrie. After a number of years, Adams was hoping to make a game using his distinctive pixel-art style and Guthrie’s music. He attended the 2009 Game Developers Conference in San Francisco, hoping to find some help, and met Nathan Vella, the president of Capy Games. An old co-worker of Adams was now working at Capy and had introduced Vella to his art. It didn’t take long for Vella and Adams to decide to work together, and Sword & Sworcery was officially on its way.

Full-time development on the game started in October of 2009. It ended up taking almost twice as long as was originally anticipated, but the game finally released in March of 2011, just about two years after the fateful meeting of Adams and Vella. From most accounts, the development process was quite different from what you would normally expect. Adams would create some art that would inspire some music from Guthrie which informed the designers. Sometimes Guthrie would write a piece of music that would inspire the designers and the art. This resulted in an end product where the music seems to be tightly synchronized with everything else in the game. Indeed, sometimes it feels like Sword & Sworcery is mainly about the music. 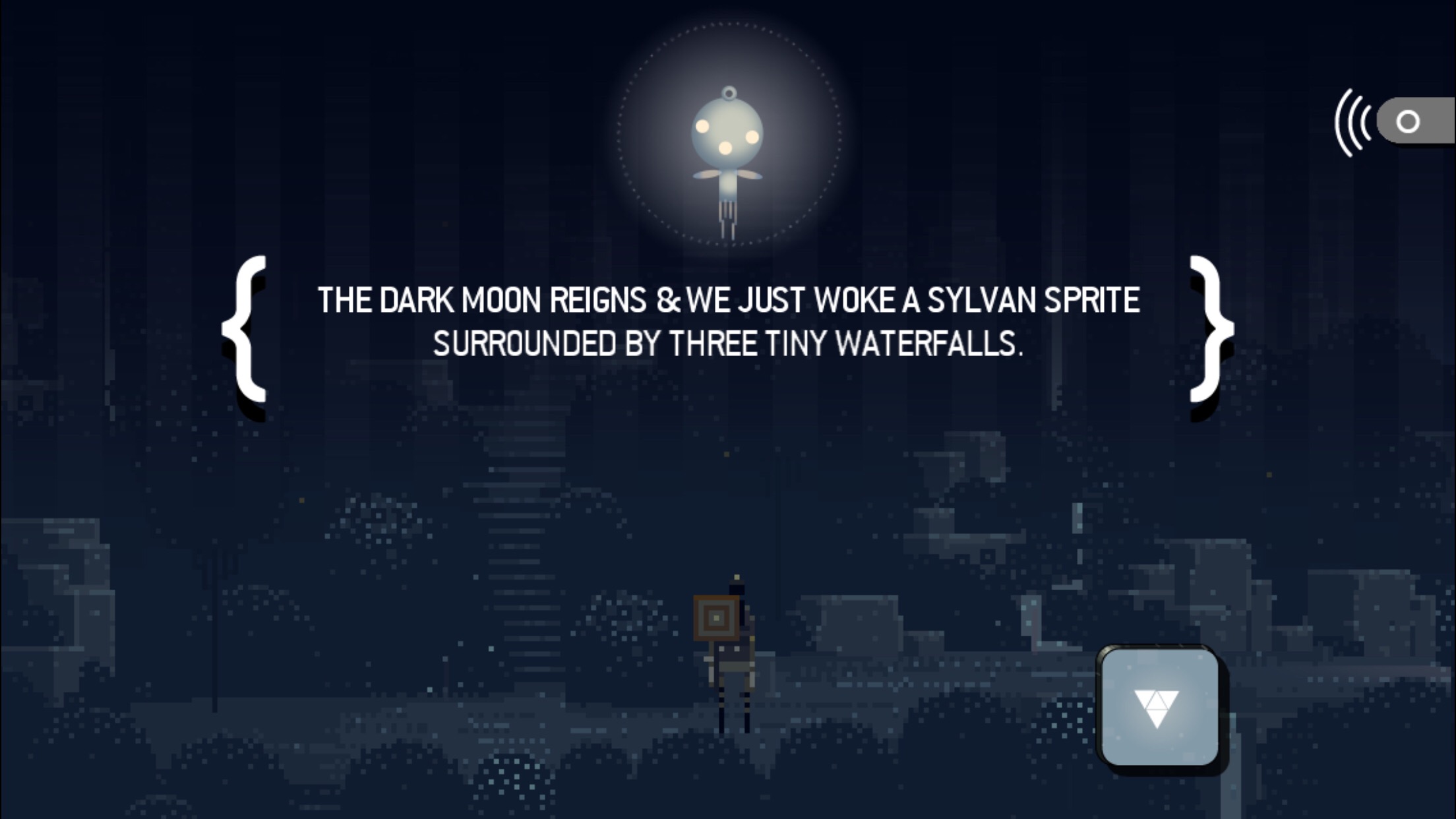 I can’t say what everyone involved in this odd game expected from it, but I suspect it surpassed those expectations. It reviewed incredibly well, was generally well-liked by players, won many awards, and sold millions of copies. Along with a couple of other key releases, it made Capy Games into a developer everyone was watching. Jim Guthrie’s musical career got a major boost from Sword & Sworcery, as well. Craig D. Adams hasn’t been up to much in the public eye since the game’s release, but its success ensures that whenever he does decide to next show something, people will be watching.

Sword & Sorcery probably fits best into the point and click adventure genre, if anywhere. You play as a character called The Scythian who has been tasked with some sort of difficult job, the nature of which we don’t completely learn about until later in the game. The game is broken into four parts, and it seems like you’re meant to take them slowly over a period of time. The first part of the game feels like it’s on pretty tight rails, and there isn’t really any puzzle-solving so much as there is doing what you’re told to do. You’ll engage in a simple timing based combat sequence or two, pick up an important item, and that’s more or less it. The next two parts of the game involve a lot of music-based puzzles, reminding me strongly of the classic Lucasarts adventure Loom. The closing section of the game is almost as short as the first, and largely involves navigating a path while keeping one step ahead of a deadly monster. 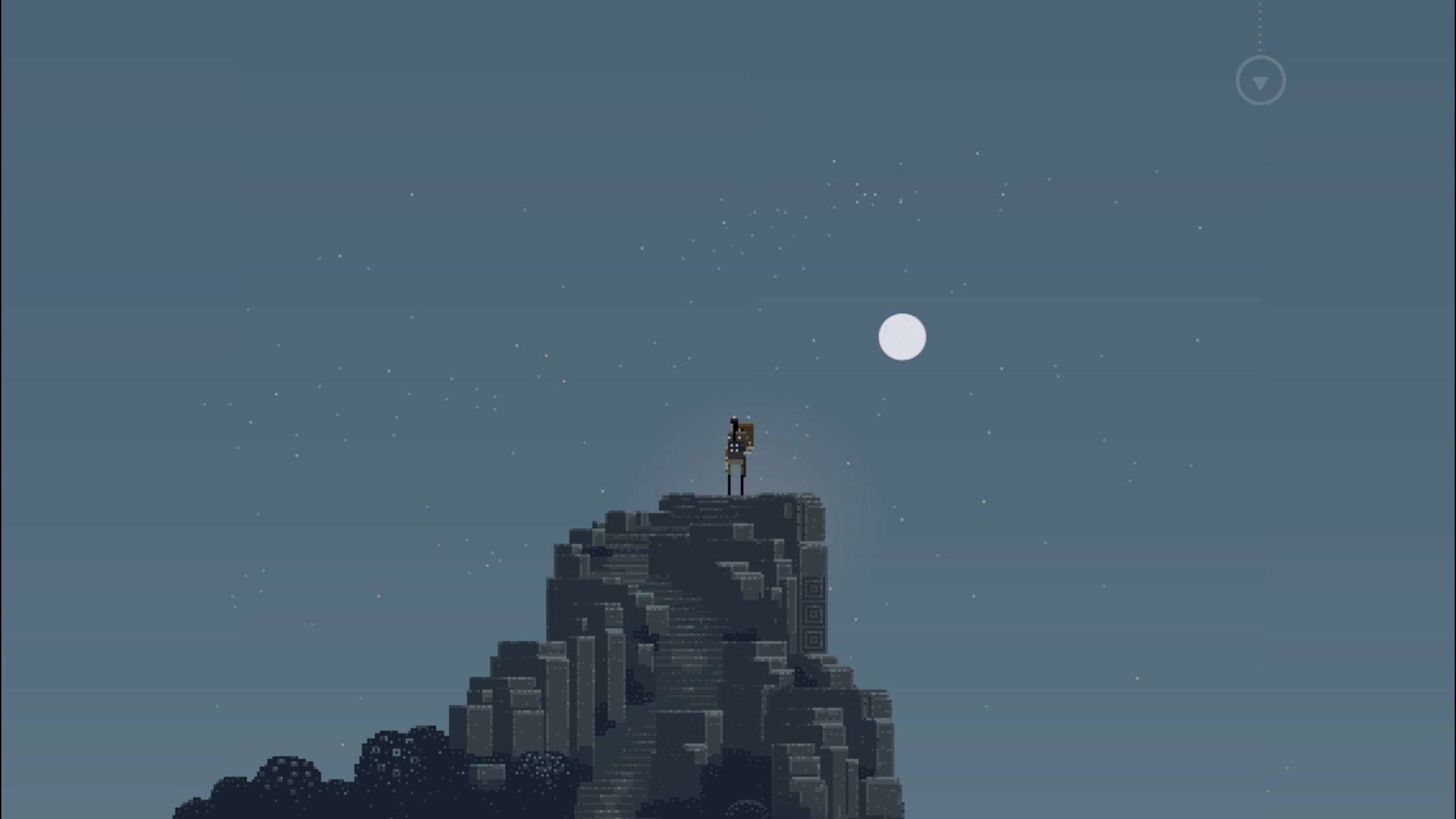 While you don’t fight a whole ton of battles, they’re some of the more exciting sequences in the game. You have two buttons at your disposal, which can produce three different actions. Tapping the sword button swings your weapon, which you’ll need to do with good timing to hit the enemy or deflect their attacks. Pressing and holding the shield button raises your shield, defending you from some attacks and slowly refilling any lost health. Tapping the shield button during certain enemy attacks allows you to dodge. Similar to games like Punch-Out! or Infinity Blade ($5.99), you’ll need to watch the enemy carefully for tells as to their next action. Battles are also where one of the more explicit references to The Legend of Zelda occur, as certain battles require you to attack the enemy by swatting their beams back at them in a sort of tennis match.

That’s not the only reference to Zelda, however. Your main quest involves collecting three Trigons, powerful triangular artifacts hidden around the game world. A great deal of the imagery surrounding the Trigons feels very familiar, albeit tinted with a more sinister shadow. You’ll have to tame the Trigons in battle if you want to bring them with you, and these fights are perhaps the most dramatic sections of Sword & Sworcery. Outside of battles, things are usually considerably more mellow. You’re generally free to explore the game’s bizarre world at your own pace, and since you’re encouraged to hunt two of the Trigons during particular real-world moon phases, you’re obviously meant to take it slowly. Fortunately, the developers put in another way around that requirement, so you can just zip through the whole thing at once if you want to. It doesn’t take more than a few hours. 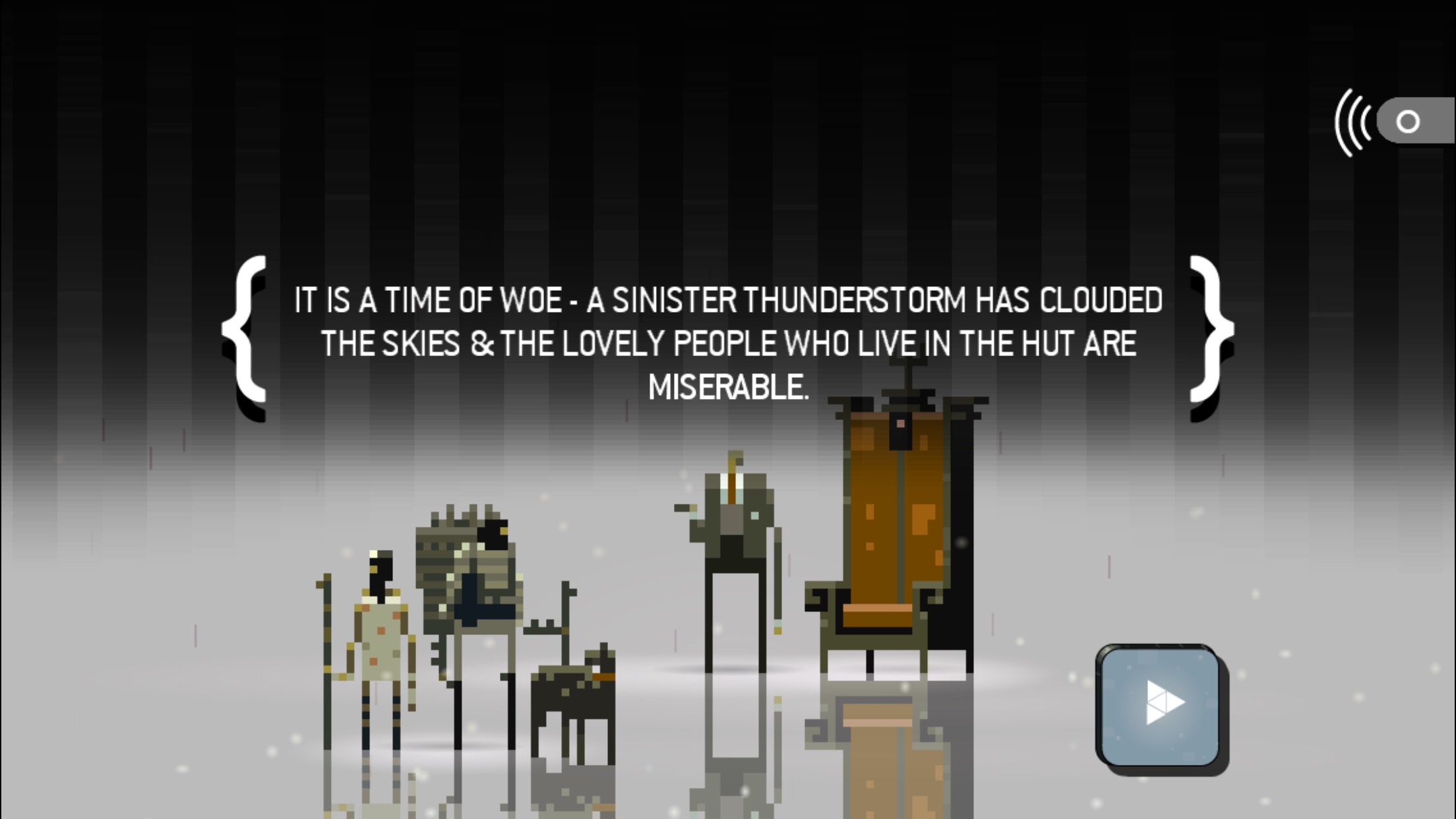 Besides fighting and exploring, you’ll mainly be solving musical puzzles. Your character uses a kind of magic called Sworcery to try to coax sprites out of their hiding places. Typically you’ll be using some of the surrounding elements of nature to play notes. Sometimes you’re strumming waterfalls, other times you’re tapping on owls. There’s a particular reasoning to these puzzles that might not be clear initially or ever for some players. Once you get how the designers were thinking, it’s not quite so hard to get the answers to the puzzles almost immediately. It’s not much harder just to brute force the puzzles, however, and I suspect that’s just what many people do. Other than the mild added frustration that comes from that approach, I don’t think it’s detracting much from what the game does well. It’s not as though you’re here for the puzzles.

No, if you’re playing Sword & Sworcery, if you’re having trouble putting it down, it’s probably because it is a treat for the senses. Adams’s pixel art is extremely detailed, well-animated, and just bizarre enough to get your imagination firing. The oddly-proportioned character designs are going to appeal to some and repel others, but the lush, earthy backgrounds are undeniably gorgeous. The world isn’t big, but thanks to how much detail is packed into every screen, it feels like a believable place. And of course, there’s also Guthrie’s synth-heavy score. It sounds like something from a 1980s sci-fi film, the sort that you would perhaps catch on TV late at night. The off-kilter visuals and other-worldly soundtrack, combined with some excellent sound effect design, create an impressive illusion. 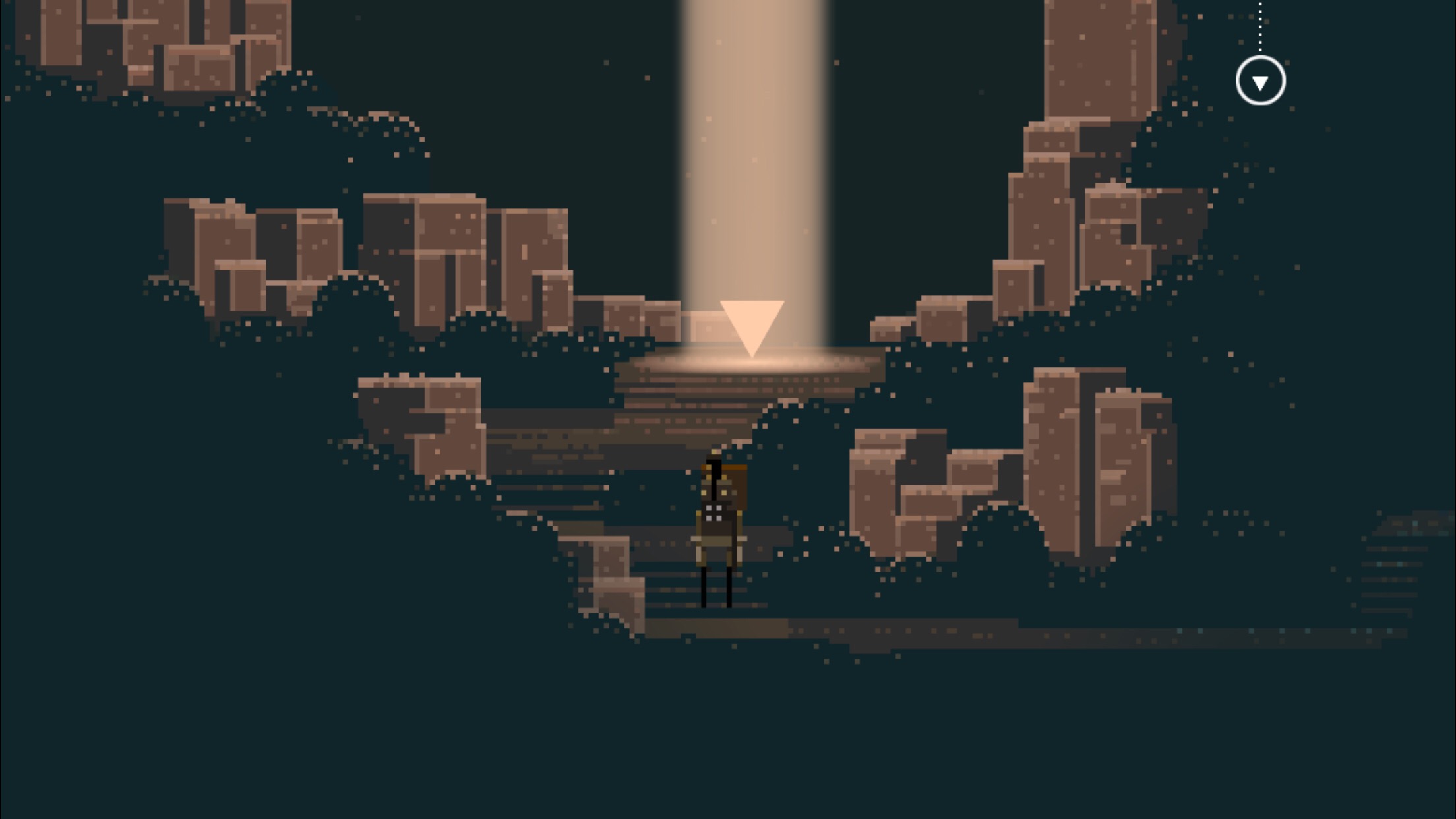 It also helps that Sword & Sworcery embraces its weirdness in a very sincere way. There are a lot of peculiarities to the game: the cigar-chomping fellow whose words book-end each chapter, the dancing nude bear-like Boor, even the odd way The Scythian speaks. But for all its strangeness, the game never gives way to being outright silly. Oh, there’s one indulgence near the end of the game, but even that doesn’t feel terribly out of line by the time you get there. The game has an odd personality, and even if you don’t find it endearing, it’s at least interesting.

The game has been well-maintained over the last half-decade, with regular updates to keep everything working as it should. I suspect the game will continue to see updates anytime something breaks, as Capy Games has been quite swift about it in every prior instance. The most recent update was in October of 2016, just one month ago, fixing some audio issues that arose in iOS 10. This kind of diligence is absolutely commendable. 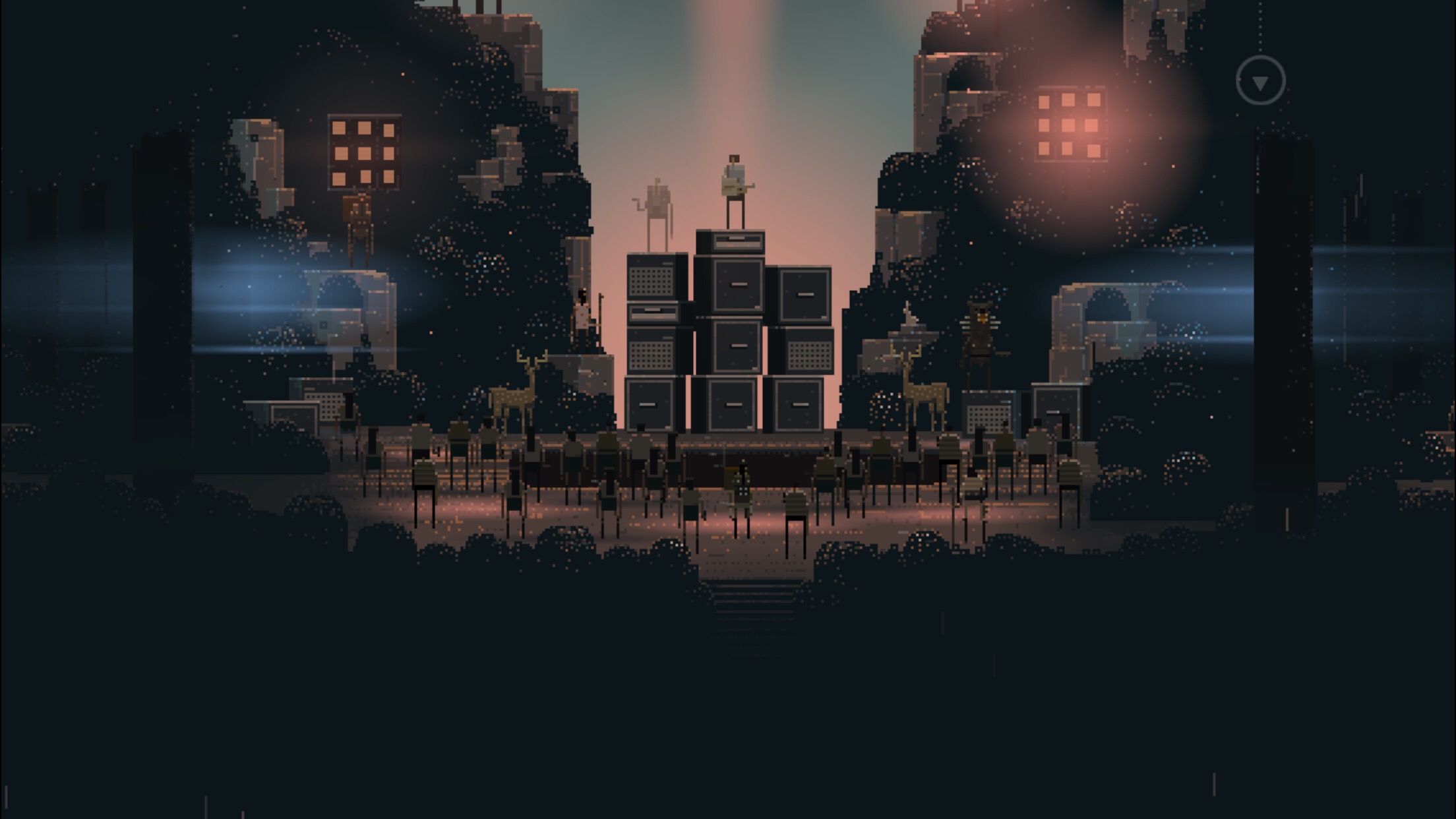 Sadly, we now come to the awkward part of this Reload. You see, I don’t really like Sword & Sworcery all that much. I didn’t like it when it came out, and this replay didn’t change my mind any. There’s too much backtracking, the puzzles aren’t very satisfying to solve, and the game’s long-winded nature occasionally gets in they way of enjoyment. If I die in a Trigon battle, I don’t want to sit through that long introduction again, but I’ll have to. I’m not very fond of the visual designs of the characters, though I think the music and backgrounds are wonderful. The last section of the game can be extremely irritating, since you have to use Sworcery to freeze the creature chasing you while making headway along the final path. The controls don’t always work the way you want them to, and in that part of the game, it’s fatal.

Perhaps worst of all, I don’t get anything profound from the story. I know a lot of people do, and I can understand that, but it doesn’t do much for me. Whoever was responsible for the story is obviously a fan of Fumito Ueda and Team ICO’s games, but Sword & Sworcery just doesn’t lay out its story beats as well as they do. Other than some frustrations with the final section, I didn’t have a bad time with this game. It looks and sounds great, after all. But I certainly didn’t come away from it as impressed as many others were, and while I can see its qualities, it’s just not for me. Still, I appreciate this game for its effect on the perception of what kinds of games could be on mobile, and I’ve certainly enjoyed many of the games that have followed in its footsteps.

That’s just my take on Superbrothers: Sword & Sworcery EP, though. What do you all think? Am I being too hard on this game? Does anyone out there agree with me? I want to know, so please leave your comments below the article to tell me what your thoughts are. As for me, I’ll be back next week with another RPG Reload, this time covering Blazing Souls Accelate ($4.99). We’re on the road to File 100, so make sure you’re there. Thanks for reading!