Qwiboo, developer of Ball King (Free) and Beyond Gravity ($0.99), is set to release a brand new game on Thanksgiving. Flip King will have you flipping food in the air straight from the pan, trying to get as many flips as possible without letting the food drop. That’s against most local health regulations, and means game over here. Womp womp! 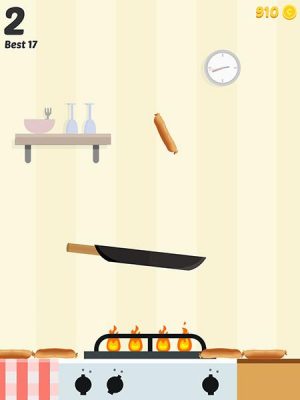 Flip King looks simplistic, but Qwiboo is promising the same kind of attention to detail that made Ball King a ton of fun to play. And of course, there’s going to be a bunch of different food items (and I’m sure non-food) to flip as well. The game will be free with ads and IAP, but the system is designed so that you never see an ad unless you request one, say to get more coins for an unlock. Expect this one on Thanksgiving, November 24th with some Thanksgiving food included from the outset.