Covering free to play games is always tricky for us, quick one-button ad-based games are easy, but games with PvP battle components typically have incredible levels of depth and strategy that takes an immense amount of time to appreciate (and write about intelligently). For instance, I’m almost a year into Clash of Clans (Free) now and I still am discovering new tricks. King of Avalon (Free) is a game that’s pretty similar to a lot of the other free to play titles out there that have you building up armies, joining up with friends, and (if all goes as planned) conquering others. One of the thing that sets King of Avalon apart from others is the inclusion of tons of dragons, so in a way, it sort of makes sense that FunPlus has brought on Kristian Nairn (who you likely know as Hodor from Game of Thrones) to help make King of Avalon a better game.

We had a chance to sit down with Kristian and hear about his roots as a gamer, which like many has evolved into becoming a mobile gamer, and then eventually getting super invested in a huge PvP game. While I’m sure it won’t sway any of the more militant members of the anti-free to play curmudgeon squad, the proverbial Hodor seal of approval is definitely going to lead to me more spending more time getting deeper into King of Avalon. 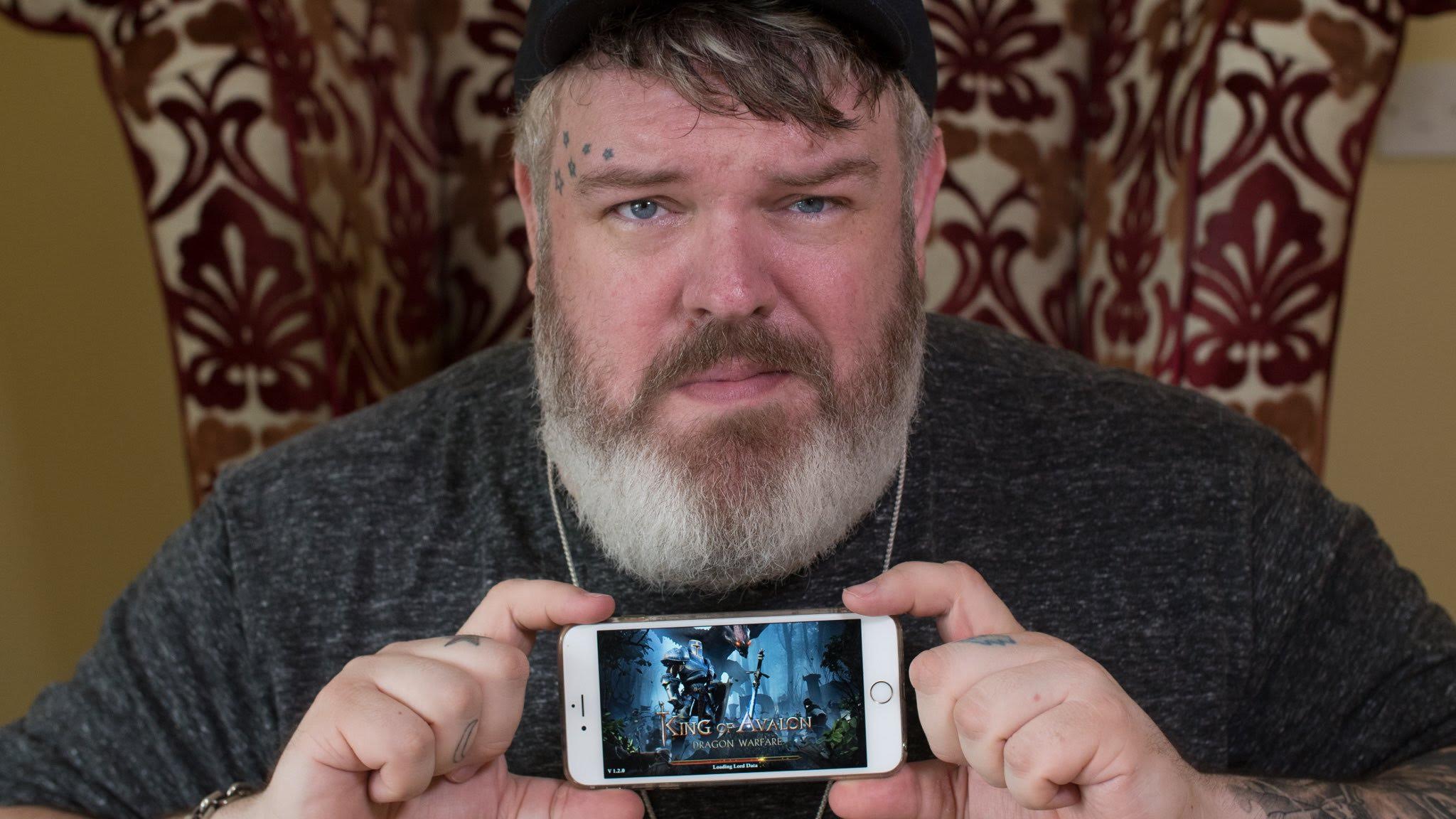 TouchArcade: Most people out there probably know you as Hodor or from your work as a DJ, but I doubt many are aware that you’re a gamer. Can you give us a rundown on your history as a gamer? What would you consider to be some of the more influential games throughout your life?

Kristian Nairn: It actually started right back in the days of the ZX Spectrum and Atari computers, like the 800, which was a strange hybrid of computer and cartridge gamer. I spent my time as a kid listening to the archaic noises of a cassette tape loading up the data for whatever game I was waiting not so patiently for. It was a massive leap to the likes of the Atari ST ad Amiga that changed everything really. After that, I had pretty much all the Nintendo, Sega, Sony, and Xbox consoles. I even had a Panasonic 3do for a while. One of my favorite games of all time has to be Jet Set Radio Future, an amazing vector graphic graffiti game with an incredible soundtrack. (Kristian laughs) I also remember having to give away one of my first Atari computers because my mother was so addicted to Pac-Man. My first foray into PC gaming was a very old version of Doom, which still somehow managed to be jumpy. I have to admit, that when I discovered World of Warcraft, it really took over my gaming life, although I very much keep up with what’s happening by playing most formats.

TA: Do you agree or disagree with the following statement: “Sega does what Nintendon’t”?

KN: Oh wow. I remember that ad running in some US comics I used to read. I didn’t know why at the time, or any real details, but that ad really set Sega apart as the cool kid, and god it made me want one!!

TA: As your acting and musical careers have taken off, how have your gaming habits changed?

KN: They have. I basically play mobile app based games or WoW and maybe a little Overwatch. I always pack my Orbweaver though because I couldn’t imagine playing without that now. I have a great gaming laptop, but tend to just use my MacBook Pro as best I can, as the gaming machine is a laptop in name only and weighs the same as 5 bricks, plus I just can’t justify bringing two computers on the road. My console gaming gets left at home. I’m looking forward to getting home to play both the new Forza Horizon on Xbox One. I will have a PS VR headset waiting for me.

TA: With how much the App Store seems to favor any kind of celebrity tie-in, it seems like you had tons of options- What made you decide to link up with King of Avalon?

KN: It was a surprise to me too, to see Arnold Schwarzenegger promoting an app, and that really shows how big this gaming platform has become, and how it continues to grow. I genuinely would only endorse a game I actually enjoy and I really do love King of Avalon. That and FunPlus are a super company to work with. 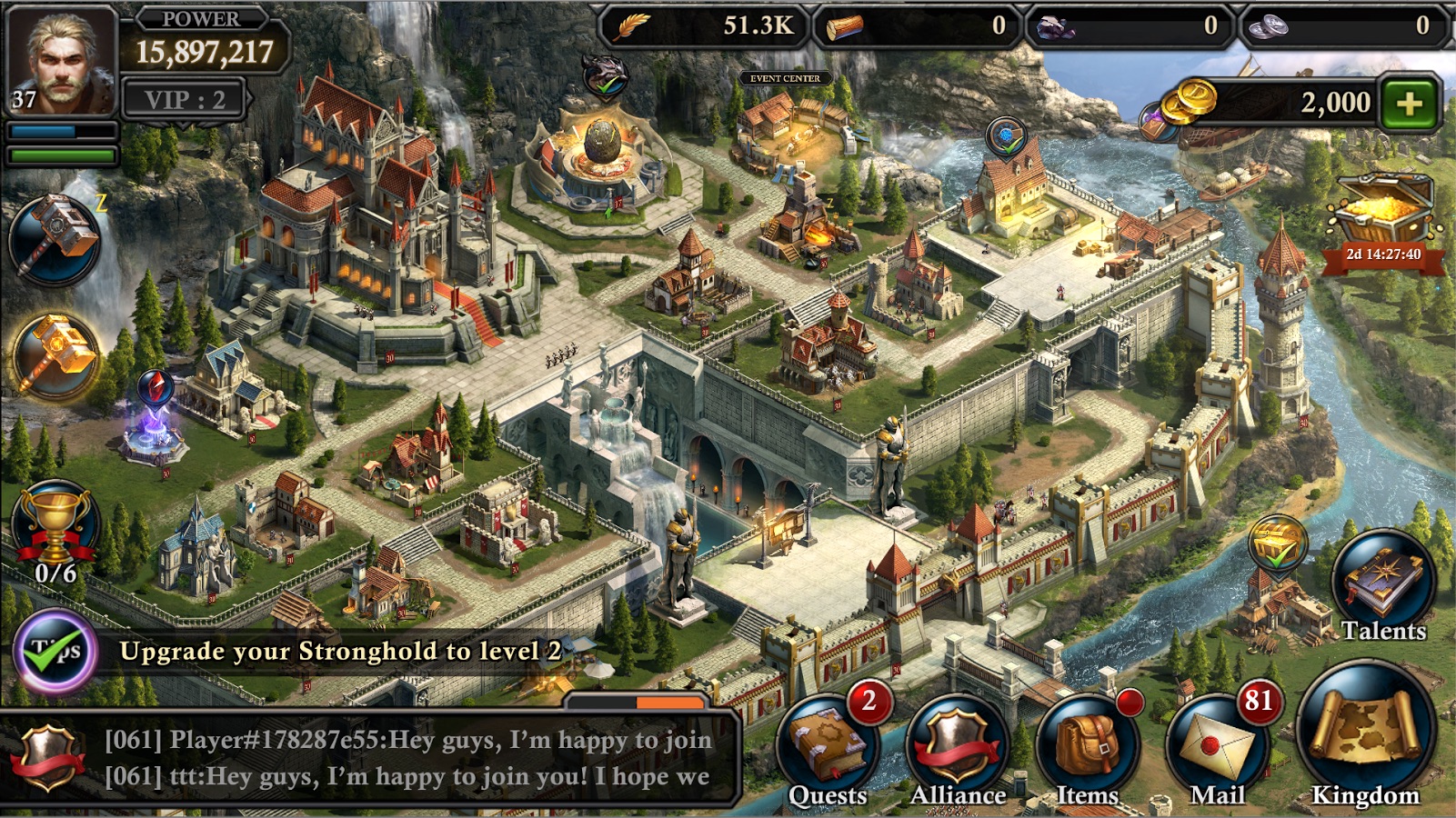 TA: What kind of things are you going to be doing with King of Avalon?

KN: I have a great eye for detail, and I get to see and try out the upcoming build of the game before they go live to the public. I look to see if there are any issues or if things could be a little better. The team do a tremendous job though, so it’s often great the way it is. I’m also going to be helping come up with the ongoing creative content.

TA: In this day and age, it seems like everyone has played a massive online PvP free to play game, what for you makes King of Avalon stand out from the pack to make it the one you’ve chosen to get involved with?

KN: To me, this is the WoW of this type of game. This is the one that takes it to the next level. There are so many different ways to play and level up. You can speed up by buying resources if you wish, but it’s really, really not necessary especially if you become part of a helpful alliance. There are also a variety of ways to customize your defence and combat. It’s very easy to really feel like you are a part of the story!

TA: What would you tell people who play Clash of Kings (Free), Kindoms of Camelot (Free), or other similar titles as to why they should jump ship and get onboard with King of Avalon?

KN: As with any game type, you have a lot of options out there but I feel this game goes into much more detail than the others. They are great games in their own right but King of Avalon covers all bases and does so extremely well. 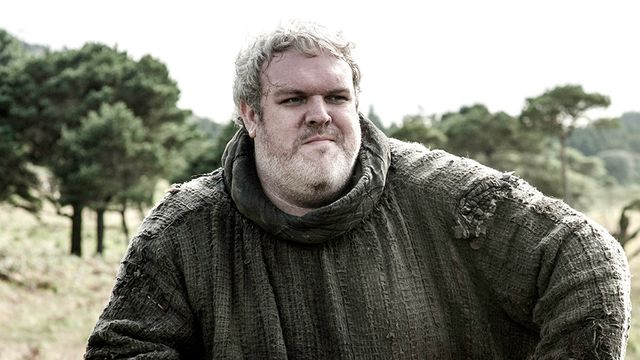 TA: Aside from King of Avalon, what are some of your other favorite mobile games?

KN: For ages now, I’ve loved the game Spirit ($0.99). It is such a smooth and engrossing game. I’m definitely a bit of a whizz on those piano tile games and verrrry competitive too! Also, games like The Room (Free) and QuizUp (Free) are amazing time sinks.

TA: Are there any upcoming mobile titles that you’re looking forward to?

KN: Have to admit, I’m looking forward to the Mario app game.