Skandivania Games’ Feral Fury ($4.99) roguelike twin-stick shooter got a big update bringing a bunch of features last week with version 1.0.1. But as I mentioned in my article, the game was still rather dark, from a visual standpoint. It made it a bit difficult to see the game in action. But thanks to feedback from the community and what I mentioned in the article (that Feral Fury‘s developers cited in an email), Feral Fury has new brightness options available. If you’ve played the game before, you knew about the 3 brightness bars, with the 3rd still being pretty dark. Now there’s 6, and the 6th brightness setting makes things so much more visible. Compare the game now: 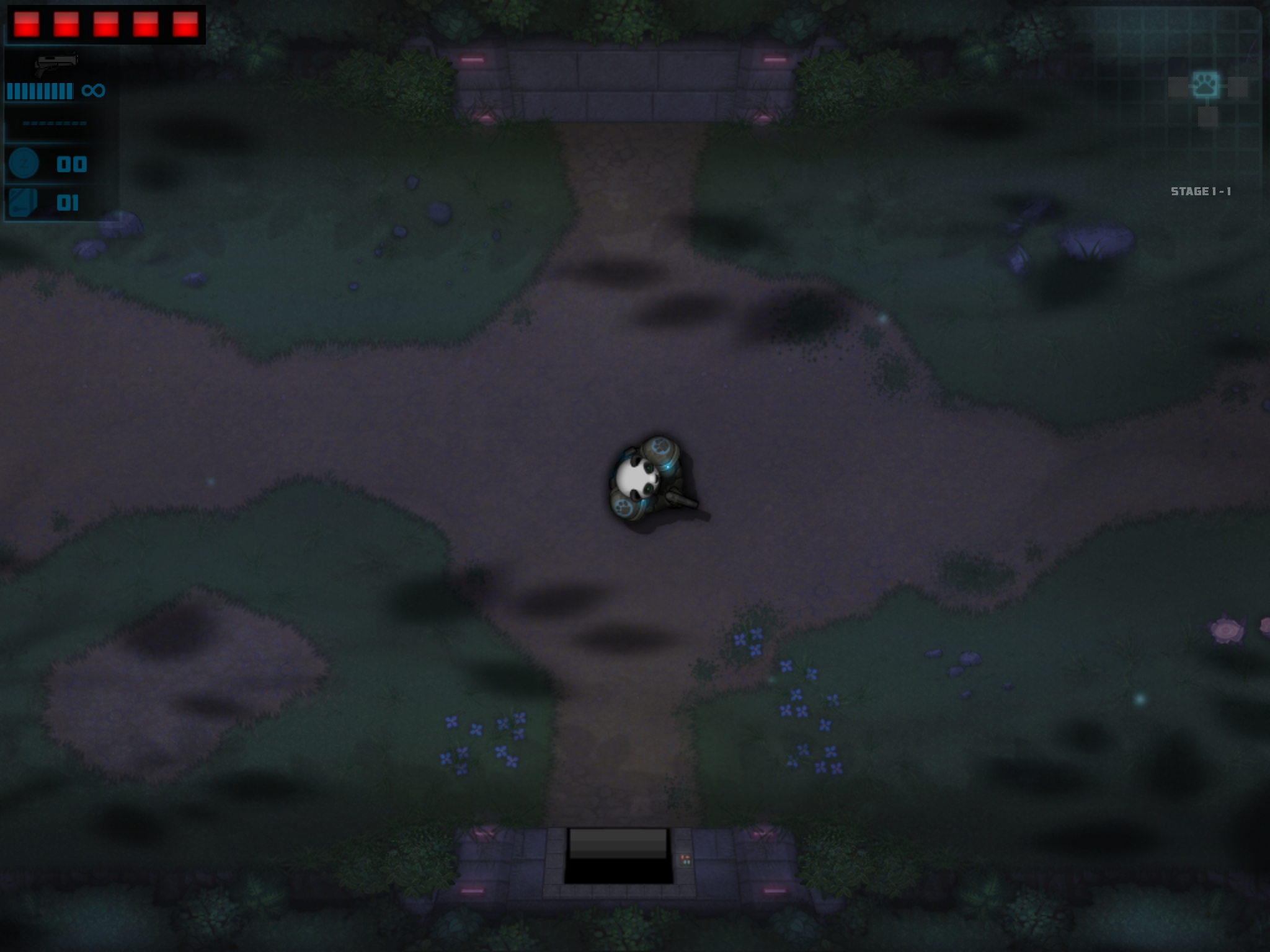 To what it was before: 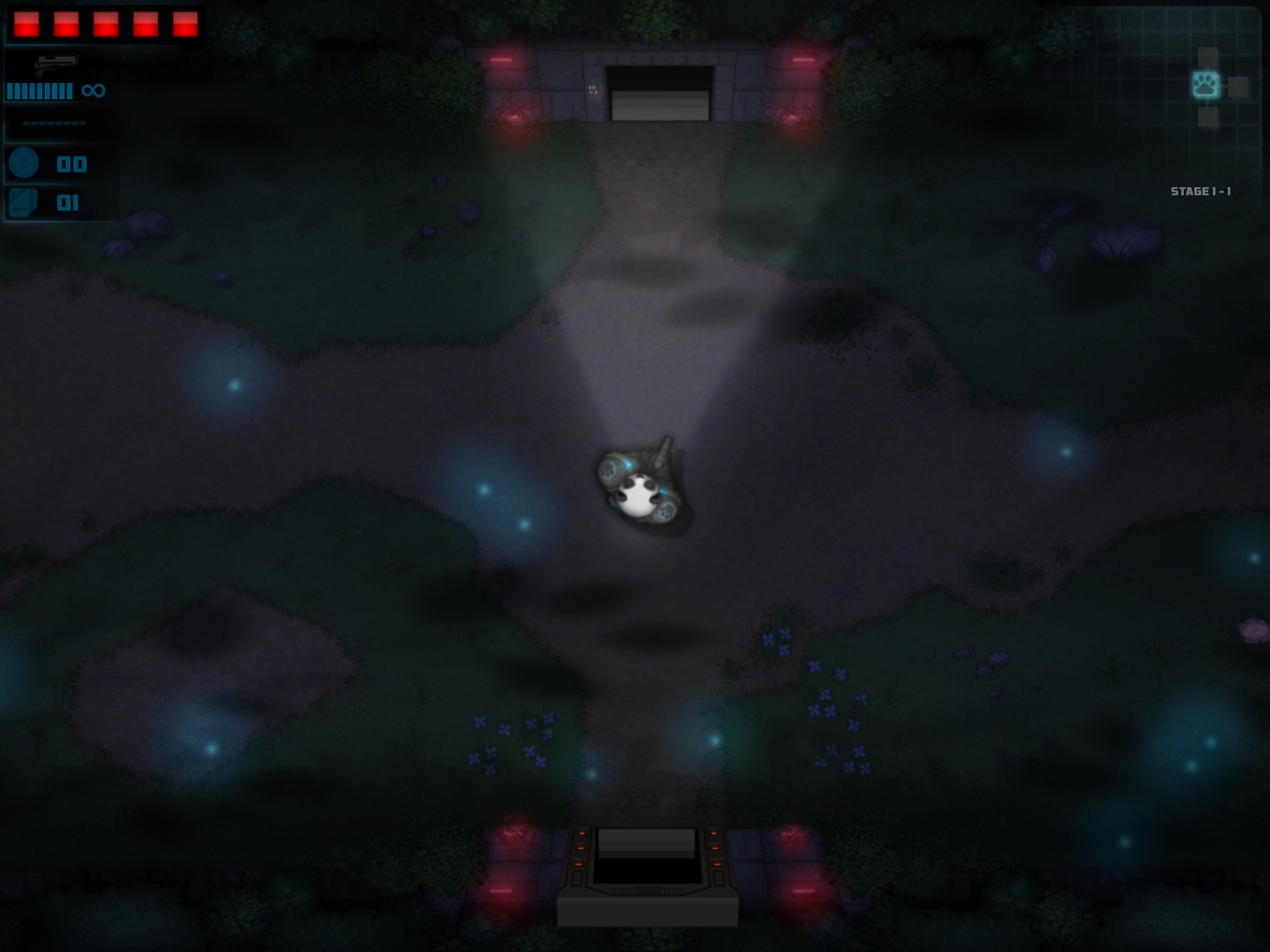 It’s a literal game-changer, as now you don’t have to worry about missing an interactive object or maybe an enemy because the game was so dark before. It’s a massive, massive improvement. If you haven’t checked out the game yet, then I recommend doing so now, especially because the game’s on sale for $2.99 down from its $3.99 original price. As good a time as any to play as a guns-out panda!