One of the finest crafting/survival/world-building games on the planet is Pixbits’ fantastic Junk Jack X ($4.99). The very first Junk Jack released around this time way back in 2011, but as iOS hardware and software improved and expanded, it led Pixbits to release a greatly enhanced version in August of 2013 which we know as Junk Jack X. As with the first game, the team kept updating and improving Junk Jack X at an almost absurd rate for years, and if you were looking for the most bang for your buck in terms of hours of play then it really fit the bill. Things slowed down a bit though as Pixbits worked on bringing the game to desktop, and the last significant update for the game was in December of last year. Well, Junk Jack X is back with a massive version 3.0 update that pretty much blows anything they’ve done in the past right out of the water.

I can’t even begin to list the amount of new stuff in this latest Junk Jack X update, and in fact if you head to the App Store to look at the update notes you’ll be scrolling for quite a while through the massive list of changes. And that’s still not even everything! But the biggest additions are a new planet called Tor which has 20 new mobs to battle, and many of the existing mobs have been redrawn from scratch. There are also now 40 new slimes which are different for each planet and also include new King slimes. More than 250 new rare treasures are included to give you tons of new things to discover, and a new collections view will help you keep track of everything you’ve found. Also, ALL the worlds have been overhauled with “new graphics, content, biomes and tweaks to make them more fun and varied." 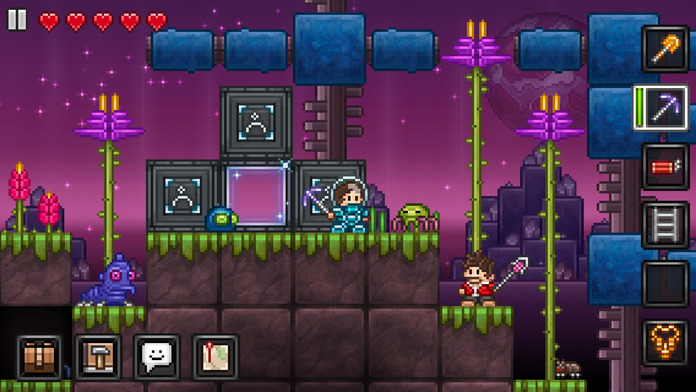 THERE IS ONE VERY BIG CAVEAT TO ALL THIS NEW CONTENT THOUGH: Your existing worlds and characters are no longer compatible due to Pixbits having to change the entire engine in the game. This might be hard news to hear for players who have built up many worlds over the years, but Pixbits explains that their only other option would have been to release a completely new app, sort of like what they did with the original Junk Jack and Junk Jack X (a decision that came with a lot of backlash), and they didn’t want to do that again. The flip side of all this is that if you played Junk Jack X to death before and haven’t touched it in a while, this huge update makes it practically a new game, so starting fresh isn’t so bad. It’ll be interesting to see the reaction about all this moving forward, but personally I’m ecstatic to have so much new content in my beloved Junk Jack X and am happy it’s now pretty much on par with the desktop version.