You’ve probably heard about all the creepy clowns roaming around quite a few cities in recent weeks, so I’m not surprised that we just got an Android exclusive game called Creepy Clown Attack that’s, you guessed it, all about creepy clowns attacking everything in sight. Sweet, nice clowns really can’t catch a break, can they? The game has you playing as a creepy clown who gets to smash vehicles into smithereens, heavily damage buildings and monuments, all in order to earn points that you can then use to level up your creepy clown into an even creepier clown. 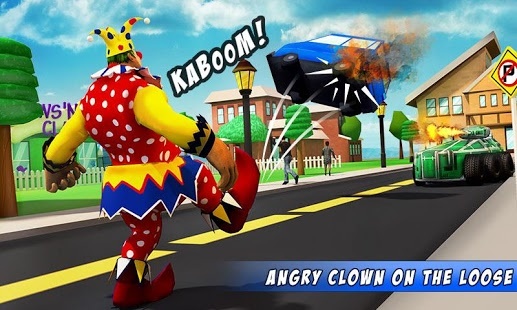 At the same time, you’ll have to be careful not to get noticed by the police or national guard because your rampage will soon come to an end. If you like creepy clowns, then, here’s your chance to be one without fearing real life arrest or injuries by all those who unfairly hate creepy clowns. The game is Android only, and you can pick it up here.