The 13th update for Plague Inc. ($0.99) will be the Shadow Plague update, and it promises to bring a new degree of bloodlust to this game about eradicating the entire world. The Shadow Plague update will put you in control of a vampire, as you try to feed and become more powerful. You can become a monstrous bat, flying around the world to set up lairs that generate DNA, heal you, and create shadow portals. But when the world discovers you, they will try to destroy you. You’ll have to enslave followers to defeat the Templar and World Health Organization that seek to defeat you in your quest to cover the world in darkness and drink a whole lot of blood. 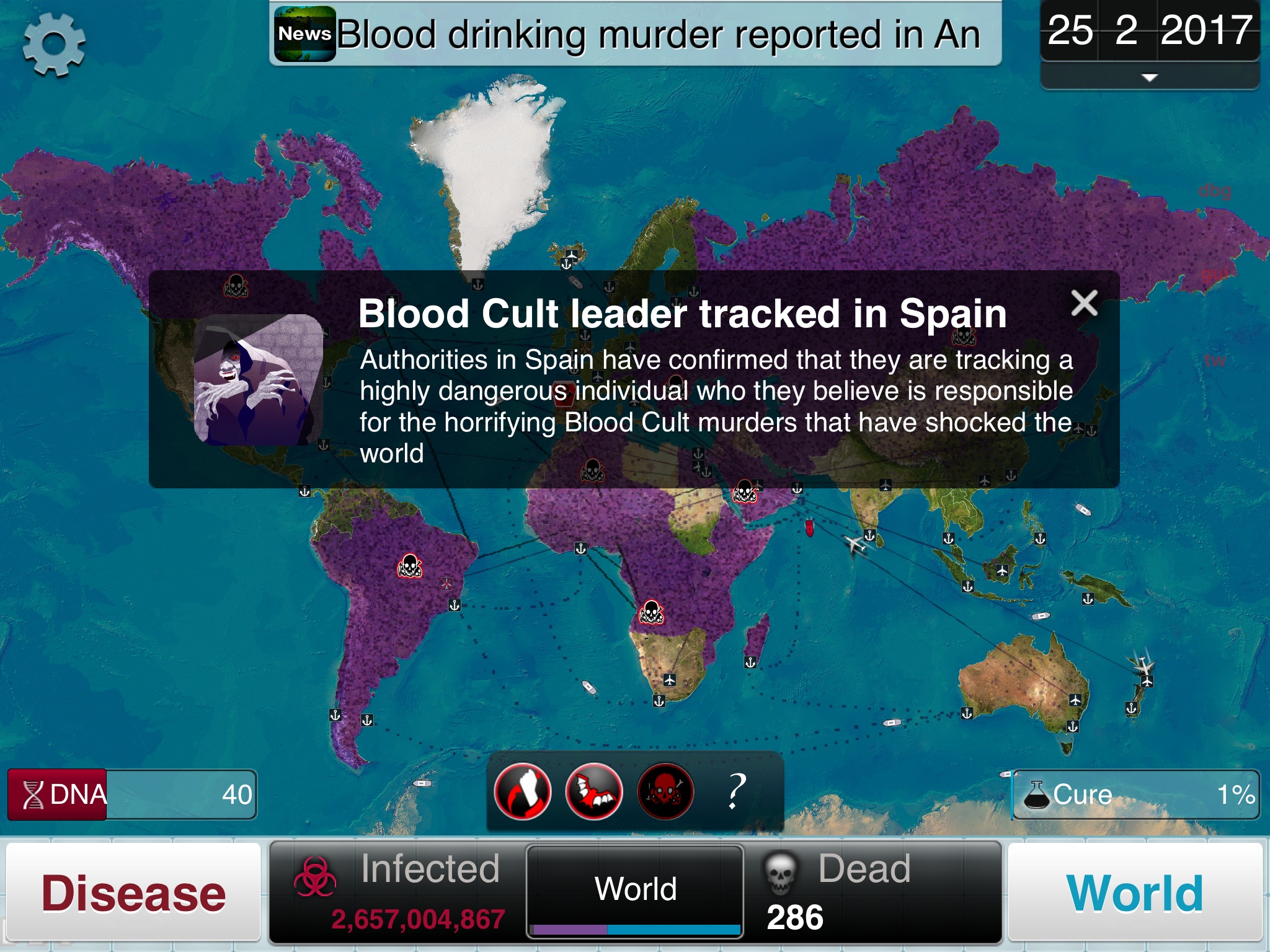 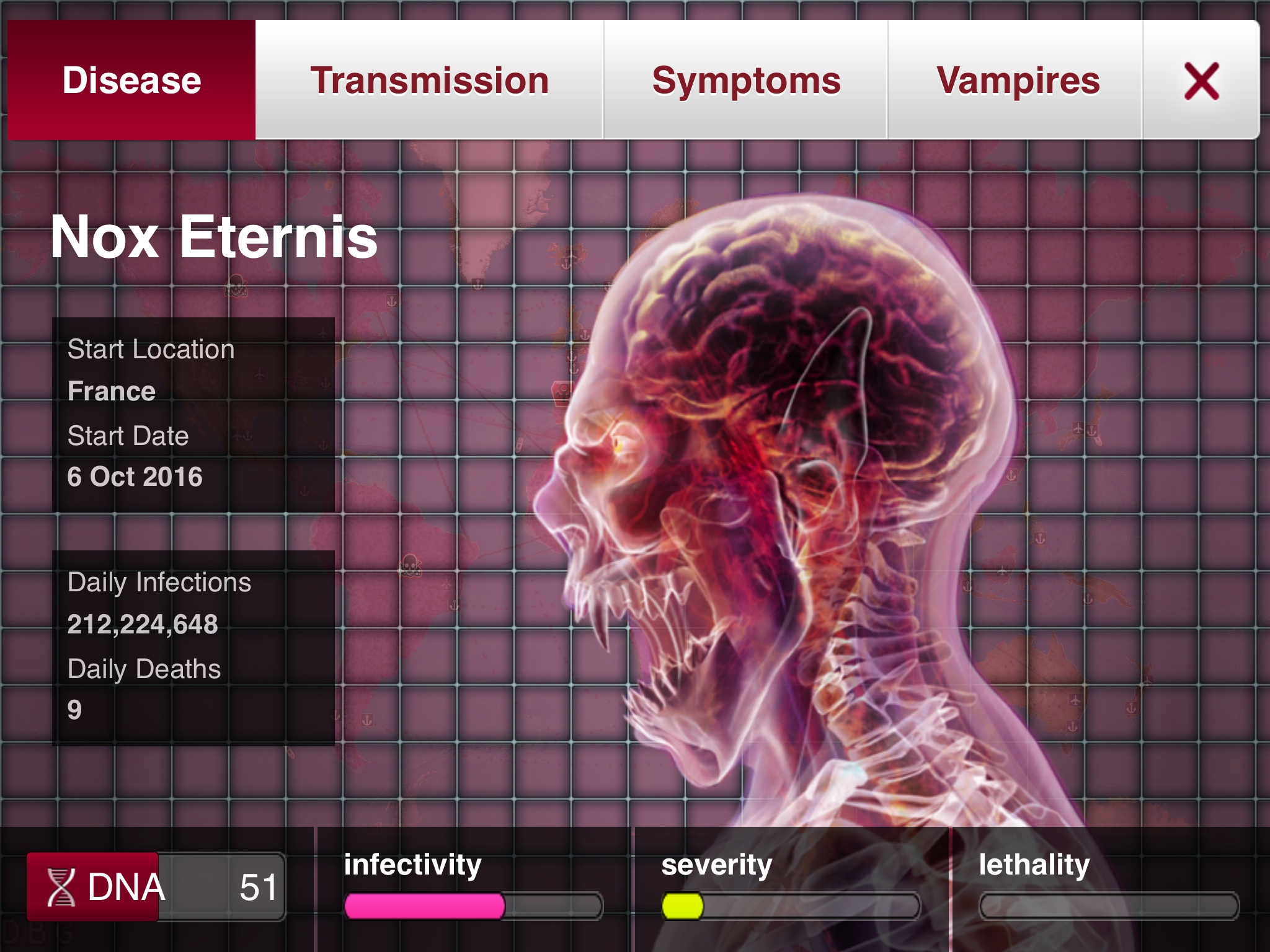 The update will be hitting mobile, as well as PC and console editions of Plague Inc. No release date yet, but it will be available soon, according to the developers, which makes sense because Halloween is coming soon. A request for next Halloween: how about a campaign where you try to infect the world with the Pumpkin Dance? All shall bow to the great dancing pumpkin!