When 505 Games and N-Fusion released their old-school inspired RPG Ember ($9.99) last week, there were a few interesting things we noted. First, with a stated longevity of 30+ hours (coupled with no IAP), it’s certainly one of the longest premium RPGs we’ve played in awhile. Second, as a near simultaneous release with the PC version, it’s one of those increasingly rare games where the developer isn’t trying to hide the fact that a mobile version was developed concurrently with the PC version. Both are typically good indicators of a well-made game, and Ember certainly fits the bill. It does an excellent job paying homage to the old-school RPG and its controls make an acceptable transition to touch screen. 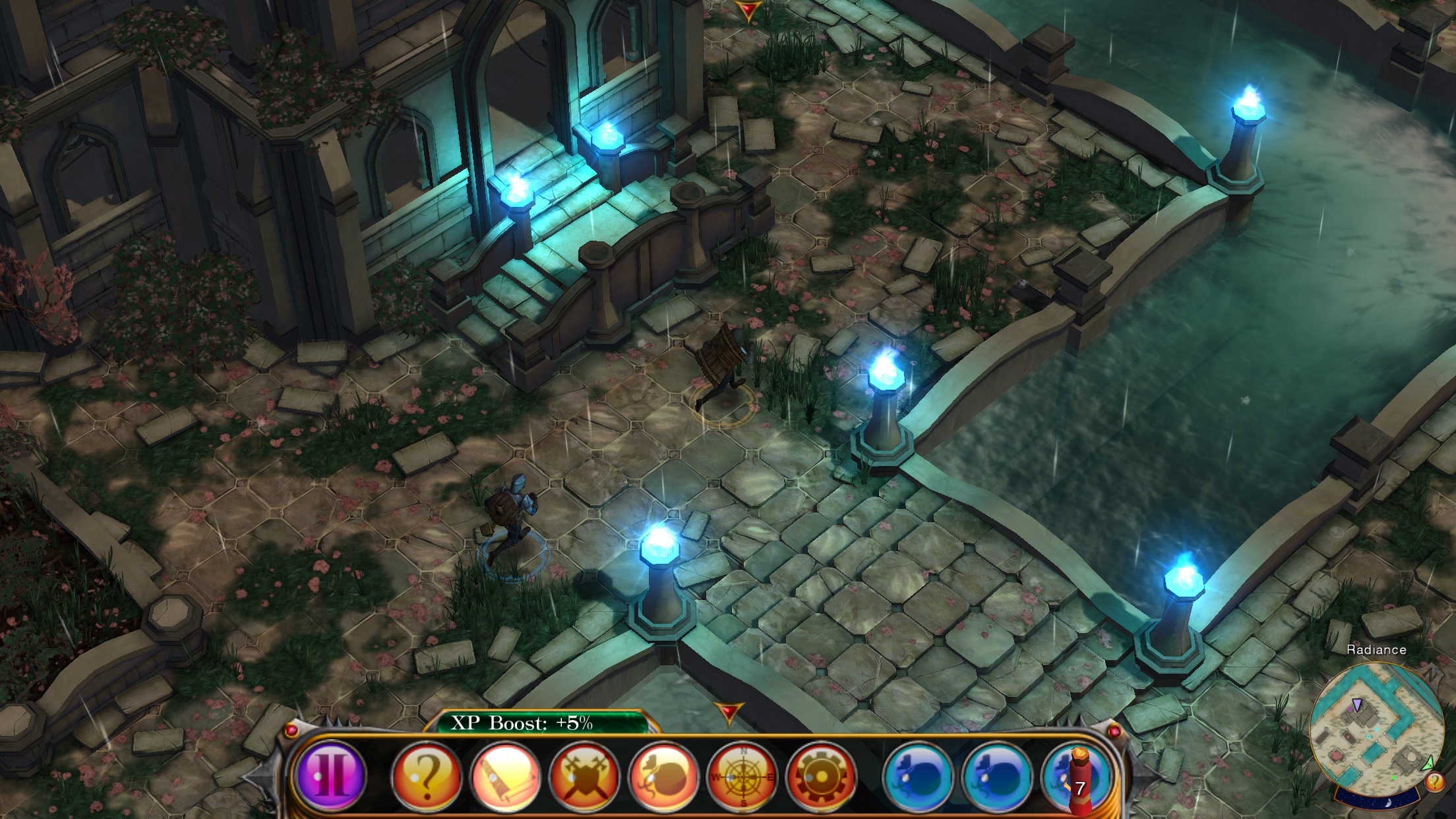 An old-school RPG deserves an old-school story and Ember doesn’t disappoint in this regard. After being raised from the dead, you discover that you’re a member of an ancient group of guardians known as Lightbringers. As the protector of flame-like beings known as Embers, Lightbringers were charged with keeping the peace, until a faction grew from within (the appropriately named Darkbringers) that caused their eventual downfall (along with an all-out war for the power possessed by the Embers). Unfortunately, you may be an all-powerful Lightbringer but amnesia caused by being brought to life has taken away most of your power. So the end goal? Regain your memory, regain your power, and save the world.

While the story may have its fair share of cliched tropes, one area that Ember really shines is in its location theming. The world you’re brought back into is a far cry from the once peaceful place you may have defended in the past. The crypt you were laid to rest in has now been overrun with monsters and grave robbers, the nearby forest town has been razed and is now filled with undead and so on. Eventually, the game takes you to some pretty cool locales, such as a giant ancient library now inhabited by several tribes of goblins. Regardless of where you’re at, Ember does an amazing job of taking you there visually while instilling additional life into the world via a large variety of texts that can be found and read. 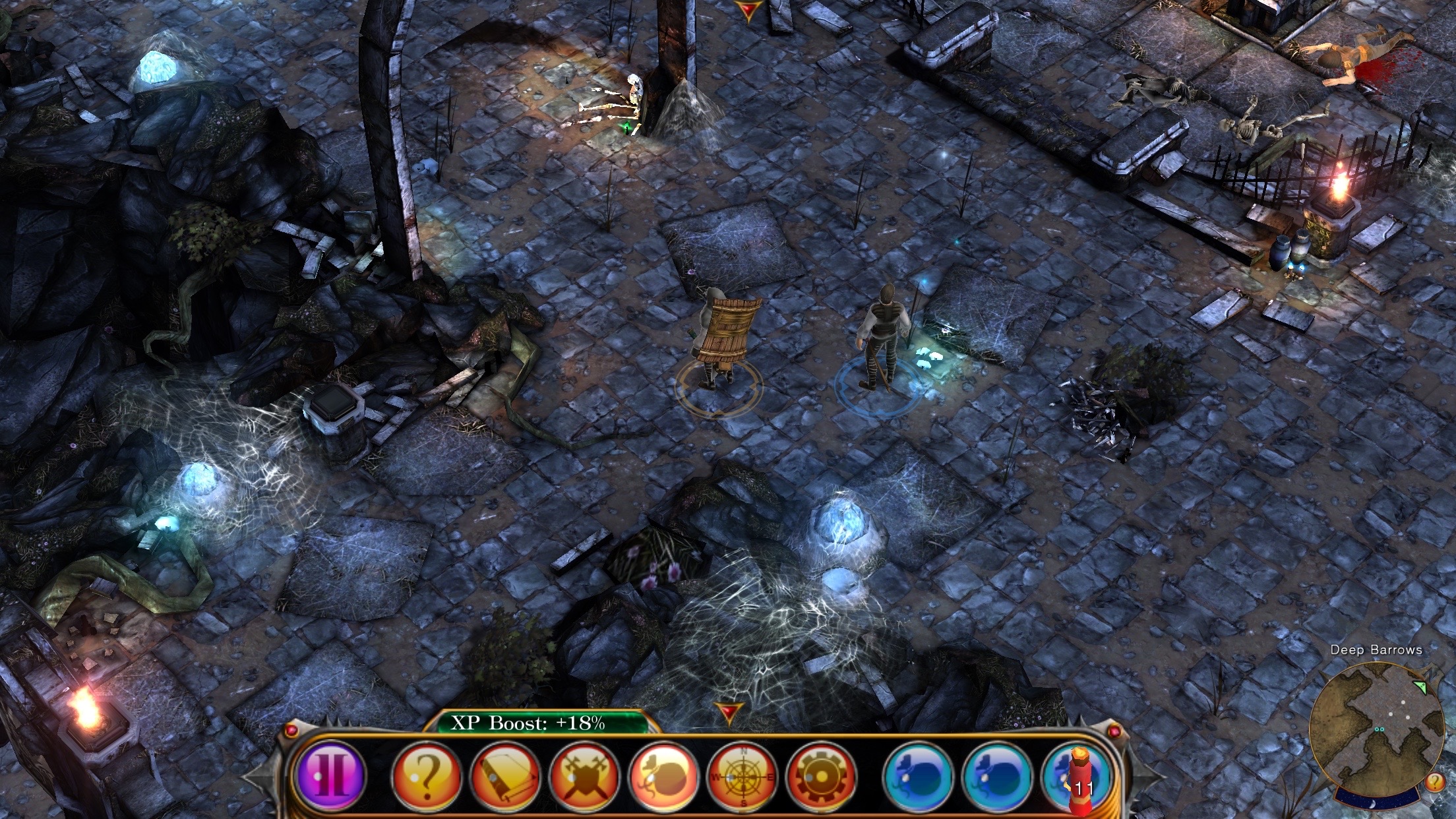 Speaking of a large variety of texts, another area that Ember excels at is by offering players a plethora of items to collect, create, use, and sell. Treasures such as gems and pelts are scattered all over the world and can be found on enemies to be sold for a profit. The same goes for weapons and armor, with most being divided into warrior-tank swords and armor, rogue-like bows and leather armor, and the standard staves and robes for mages. There are also dozens of spells and skills that can be imbued in magical equipment, adding even more variety in terms of character customization.

Supplementing all the equipment and items that can be found is a fairly expansive crafting system. With Cooking, Alchemy, Leatherworking, Smithing, Tailoring and Woodworking there’s a load of potential in terms of recipes to discover and craft. While I personally found the crafting system to be a bit obtuse in terms of actual execution, I was still impressed with its depth. I did, unfortunately, find the majority of the crafting to be not quite useful for the majority of the game on normal difficulty, as I always seemed to be able to find or buy better weapons and armor with far less hassle. 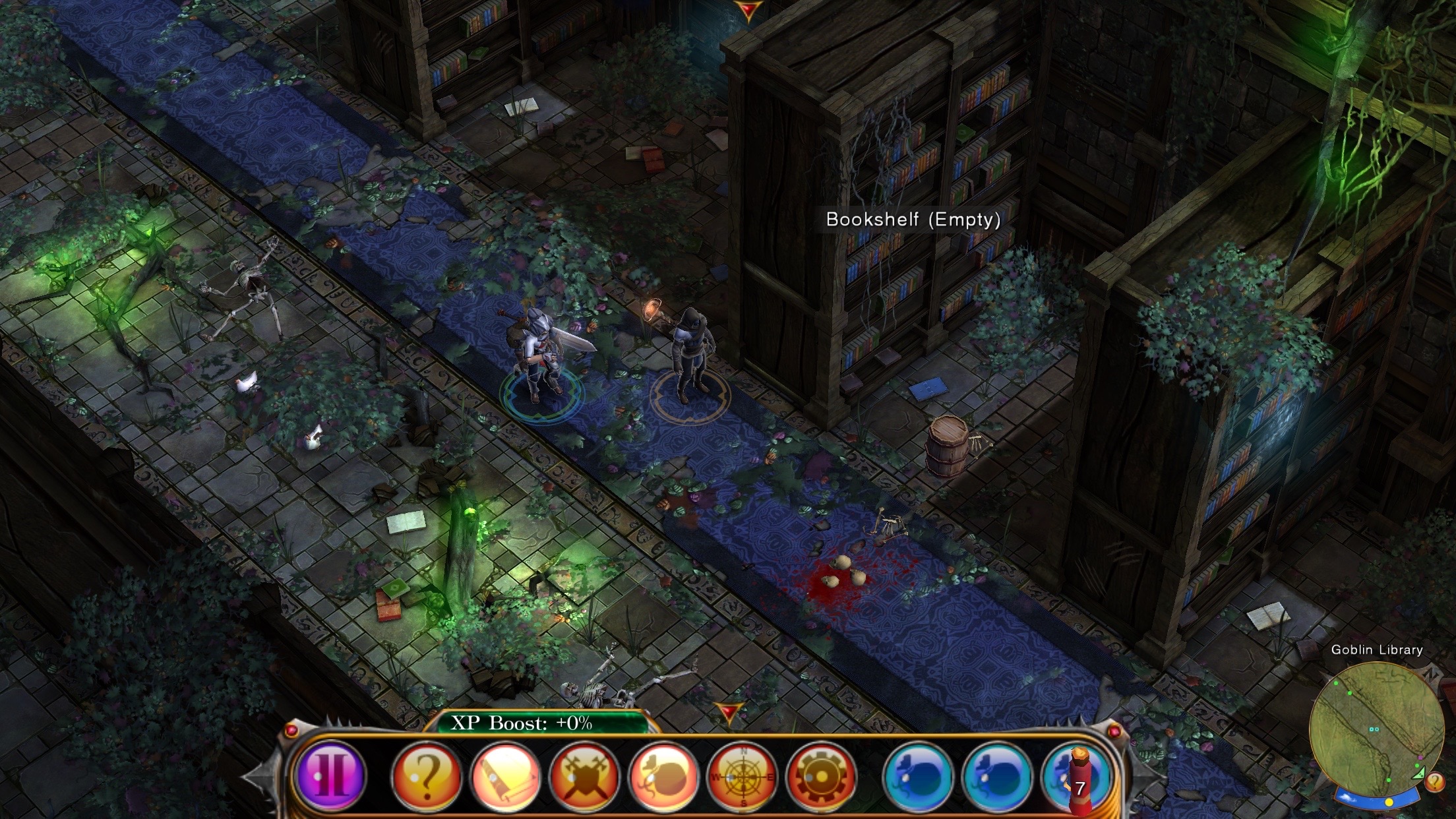 Moving on to the battle system, Ember employs a real-time combat system with what it calls “tactical pauses.” That basically means you can pause the action and queue up actions for each of your allies while the game is paused (similar to a Baldur’s Gate-esque sort of thing). I had no issue with handing out commands real-time for the most part, but I know I could have been far more efficient if I made use of the tactical pauses. That’s mainly because with a handful of characters to control at the same time, combined with AoE and individual spells that require actual aiming (along with casting time to pay attention to) there’s a lot of action on the screen at the same time.

If tactical pauses aren’t your thing, there’s always the option to lower the difficulty to bypass the loss of efficiency. I can’t comment on how easy the lowest difficulty was, but I found the normal difficulty to be fairly balanced for the most part, tactical pauses or not, with a basic leveling and attribute system accompanying the equipment and spell aspects of the game.

If you have a choice between playing the game on an iPhone or Touch and an iPad, I’d highly recommend going with the tablet. While Ember runs well and looks great on new iPhone devices, I found the screen (even a Plus screen) to be a bit too small for aiming spells as well as selecting dialogue choices. There’s just not a very good tap window for the majority of things. It’s never bad enough to actively detract from the experience, but there’s definitely a comfort level associated with it, and if it’s something that really affects you I’d just recommend going for an iPad. Either way, you’re going to be greeted with some impressive visuals and some good (if a little repetitive) tunes.

I’m a big fan of old-school RPGs, so it’s no wonder that I thoroughly enjoyed Ember. It doesn’t offer anything groundbreaking, but it’s a well put together package of all the things you want in an RPG on your iOS device. There’s plenty of content, a storyline that will keep you relatively engaged, and weapons, armor, spells and crafting to keep you playing for quite some time. Assuming you have an iPad (or at the bare minimum, an iPhone Plus) it’s certainly worth giving it a chance.