Last month, a new game from Night School Studio and Telltale Games called Mr. Robot:1.51exfiltrati0n.ipa ($2.99) (or simply Exfiltration for sanity’s sake) made a big splash when it hit the App Store. Designed as a companion experience to the first season of the award-winning Mr. Robot TV series, Exfiltration put you in the role of a hapless citizen who happens to find a smartphone on the sidewalk and, upon opening and investigating the phone, gets sucked into a crazy hacker plot. The game plays out entirely through a faux text messaging application interface as you discover new information and plot your way through by communicating with all sorts of people, some who are actual characters from the show.

It plays pretty similarly to something like the Lifeline series, but one important area where Exfiltration has received a ton of praise, including in our own review, is in the way they made the conversations in the game feel so natural and believable. Lifeline and its ilk are great, but it’s hard to shake the feeling that you’re simply talking to a computer who is programmed to pretend to be a real person. In Exfiltration, it feels like you’re talking to actual people, and the way they converse and their mannerisms are all very believable. So how did they do it? In a nice feature over at Gamasutra, Night School’s Adam Hines and Kevin Riach go into their design process in making the conversations in Exfiltration and how they went about making them seem so real. 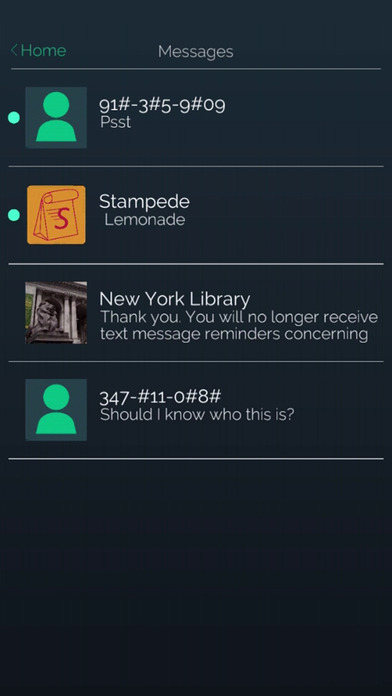 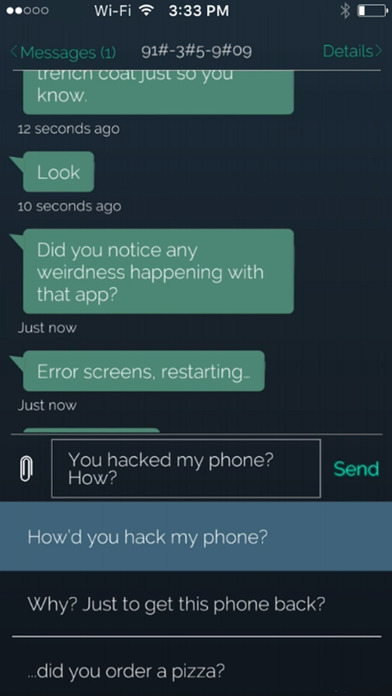 Night School previously made the critically-acclaimed Oxenfree for PC and console, which was similarly praised for the natural flow and feel of its branching dialogue. For Exfiltration, Night School needed to parlay that experience into a realistic text messaging experience. As Adam Hines says of their goal for this, “Texts shouldn’t come through like a smoothly flowing, predictable stream, oh no! Texting another person should be jumpy, awkward… people should disappear for minutes at a time and rattle off different topics herky-jerkily. You shouldn’t know their name until you learn who it is. They should make spelling mistakes and be hard to understand sometimes. And you should be able to carry on multiple conversations, learning information in one thread and using it in another."

Another trick they used to make the entire Exfiltration experience seem so believable was misdirection. This means throwing things into the mix like spam messages and texts from wrong numbers that have no real purpose in the game itself, but serve to make the overall experience feel more realistic. Hines cleverly labels these bits “necessary uselessness." He goes on to say that, while these bits are incredibly important from a designer perspective, they’re harder to justify to a game’s producer: “…the benefit can be hard to see, and harder to explain. Producers hate this stuff because there’s no bottom line; the perk is nebulous, and so it’s the first thing to drop in the face of looming deadlines and rising costs. But these bits of “necessary uselessness" are what separate the Screams of the world from the I Know What You Did Last Summers."

The entire piece from Hines and Riach is very worth reading if you’ve enjoyed Exfiltration and want to see a bit more of how the sausage is made, so be sure to click through to the full article at the link below. One part I found especially impressive was how the team behind Exfiltration had to keep track of the many, many, MANY branching dialogue paths and different choices the player can make at any given time, and somehow make sure the game didn’t flat out break under all the different circumstances. Based on how well Exfiltration turned out, I’m really excited to see what will be coming from Night School in the future.