Last week, when Titanfall Frontline was revealed, I mentioned that a soft launch for the game, which could reasonably be expected to launch globally with Titanfall 2 that it ties into, should happen soon. While it hasn’t shown up on iOS, it has on Android, where the game has launched on Google Play in a few different countries. It’s a bit tougher to get soft launched games on Android than it is on iOS, but a couple of APK mirroring sites have the game. Do use those with caution, Android users, many sites are safe but there is the potential for malware. 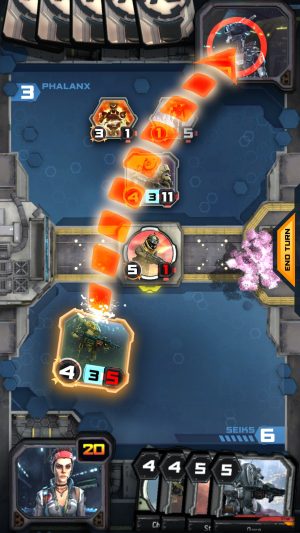 Playing Titanfall: Frontline, the promise of real-time CCG combat was a bit disappointing since the game is basically Hearthstone (Free) with a few Titanfall tricks. Such as, Titans that can be dropped on pilots to make for powerful attackers, a frontline system where only the units in the frontline can attack the enemy hero, and parkour that can be used to bypass “must attack first" rules. The promise of in-game rewards might be worth it for Titanfall players, but there’s not a lot obviously groundbreaking to be had here. Expect this one worldwide around Titanfall 2‘s October 28th release date.