Ed. Note: We’re trying a new feature for the plethora of freemium titles that hit the iOS market. Rather than do an immediate review of a freemium game after a few days of gameplay, when the game is trying its hardest to entice new players, we’ll be chronicling our experiences across longer periods of time, starting at a week or longer. Obviously, each reviewer has their own preferences for how they play freemium games so pay attention to their play styles when taking into consideration their conclusions.

Like many Final Fantasy fans, I was pretty excited when Mobius Final Fantasy (Free) finally exited its very lengthy soft launch status and hit the US App Store. Taking into consideration the words of wisdom when Shaun posted his preview almost a year ago, I certainly knew to keep in mind the freemium considerations when playing. 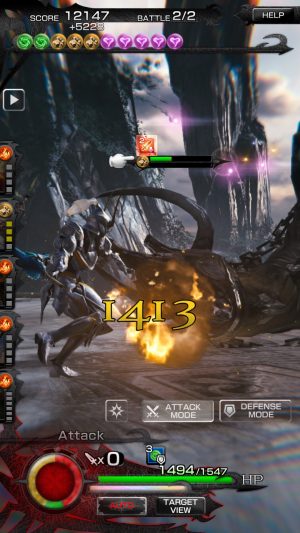 Our earlier preview goes into the battle system at length, but just as a refresher, Mobius battles a lot like the other Final Fantasy freemium games that have been previously released. Mobius uses a turn-based battle but it’s tailored towards a one-man party instead of the usual multi-character affair. Thus, your hero gets several actions per round before the enemy acts. While normal attacks are your bread and butter, the game gets complicated through it’s use of spells and abilities.

Besides doing a heck of a lot more damage than normal attacks, spells and abilities also go a long way towards breaking an enemy’s defense (which, when broken, allows spells to cause even more damage). Spells also work on an elemental system, so coming into a battle with the right spells can really make or break the fight. Rather than using an MP system, spells are activated with elemental orbs, which are earned with normal attacks. Specific elemental orb types are awarded at random, but players can game the system on a temporary basis by altering the chance of a specific color orb through the use of Element Drives, which bestow temporary resistances of a specific element.

Meanwhile, specific spells and abilities are assigned based on cards equipped. Cards can be purchased or earned, and can be upgraded through card fusions (which sacrifice other cards for experience and ability upgrades) or by winning battles and earning experience. Besides skill augments (which we’ll get to in a second) associated with jobs, upgrading cards is the bread and butter in terms of hero upgrades. Cards also bestow elemental skill seeds after battle, which are used for skill augments. As you can imagine, choosing which cards to take into battle becomes a big deal because it impacts overall strength, the elemental abilities you have at your disposal and what you actually earn after the battle. 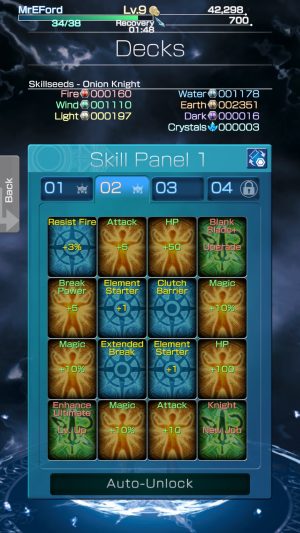 Skill augments is the other major method of improving your hero. Each job has several tiers of augments and range from permanent attack or magic boosts to starting with extra elementals to upgrading weapons. Filling out job tiers is also the best way to unlock new jobs that are related to the job you’re working. Since skill seeds are the primary way to unlock augments (players can also purchase/earn augment keys which instantly unlock an augment without costing skill seed but these are basically premium purchases), card selection becomes important in terms of deciding what skill seeds are earned.

Battles, meanwhile, are played out on a generic overmap that unlocks as players progress through the story (which itself is told through cutscenes at major locales). Eventually, players earn the ability to teleport to significant locations, but between such places, players must journey from place to place, battling opponents along the way. Optional worlds that focus on character or card building are offered at times in case players want to focus on improvement vice story progression. Battles are also scored, with players earning lots of bonus points for breaking enemies and killing them with spells. Weekly leaderboards award items based on ranking, which is a nice little addition to battles and serves as a reason to not use the auto-battle option in order to min/max scores.

With all that said, the game is relatively simple: equip cards, travel to locations, battle enemies, progress the story, and improve your hero through card experience and skill augments. In general, the card battle system is pretty cool in the sense that most of the cards are based on classic Final Fantasy characters. However, other than elemental differences, cards of a like elemental and strength do tend to bleed together, which is a shame. It’s also hard for me to really get a sense of progression in terms of card upgrades and skill augments, which is a hard pill to swallow in a freemium title. 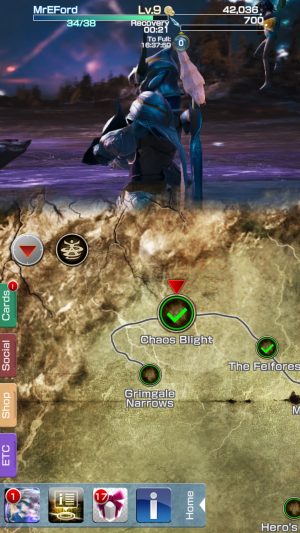 Mobius Final Fantasy’s freemium system is pretty standard. There’s an overall energy system that governs battles, and there’s a premium currency system which pretty much serves as an avenue to skip ahead (whether that’s refilling the timer early, buying boosts, and so on). A general player leveling system increases the total amount of energy that you can hold, but it doesn’t really increase proportionally to the more stamina that later battles take. In addition, the three minute per stamina point timer isn’t horrible, but it does mean that full stamina at later levels is going to take awhile. A really nice perk for players is the choice to bank bonus stamina awarded with each player level if there’s already a partially full stamina meter. A lot of other games simply restore stamina to the cap, so this is a nice change.

Meanwhile, premium currency is incredibly pricey to the point where you can only focus on moving ahead in one or two aspects with a purchase unless you shell out for a really huge package of currency. While players can earn a set amount of premium currency every 17 hours, it’s a relatively small amount and will take a long time to earn enough currency to actually purchase something worthwhile.

Overall, I didn’t find the freemium mechanics to be particularly unfair through my extended playthrough. They are obviously there and will cap progression, but they’re certainly not onerous for similar titles. 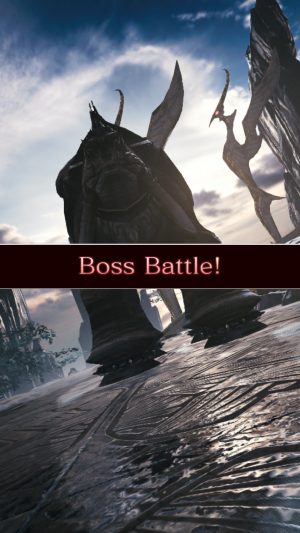 Mobius Final Fantasy has a pretty impressive grace period in terms of playing. This is mostly due to the game banking bonus stamina that’s awarded with each player. In fact, I was able to get my player level to 9 before I even started depleting my stamina, which translates to a decent amount of hours of gameplay before a timer even kicked in. My play style is to check into these games once or twice a day, so based on that, I never had an issue with stamina and I felt that Mobius treated me well in this regard.

Where I thought it faltered was in its upgrade skill augment paths. Once you get past the first few tiers of upgrades, every subsequent skill augment takes an exponentially larger amount of skill seed. Not only does this impact your general upgrade path, it also doesn’t help the previous point I made regarding having a good sense of progression that fuels the desire to continue. In addition, the game’s tutorial doesn’t do a good job of teaching the nuances of the card upgrade system, which means it’s hard to know up front if you’re really doing a good job upgrading cards or if you’re just wasting upgrade material.

In terms of an actual recommendation, it’s a tough call for Mobius Final Fantasy. As we’ve covered previously, the game looks amazing and as I’ve alluded to above, there’s a certain level of appreciable depth to the battle system. Also, the core freemium mechanics aren’t the worst in the world. However, the lack of a good feeling of progression combined with the inevitable numbers race just doesn’t provide me with motivation to really keep playing. As a single player title, I would have expected the story to keep me going, but the generic tale just doesn’t hook me enough to serve as that secondary motivation beyond the battle mechanics. Even more strangely, it just doesn’t really feel like a Final Fantasy game to me, which I suppose also adds to my reluctance to continue.

Obviously that sort of feeling will vary from person to person, and it’s certainly possible that it may hook you. If it does, I think the generous grace period will go a long way towards putting you in a position to continue before the freemium barriers start to clamp down.