Google Play’s Early Access program is starting to expand out after its initial launch. Google has today announced that after the early days of early access only supporting apps that they hand-picked during the initial rollout. Now, developers can submit their apps to be part of Google Play’s Early Access through this form. Of course, it’s possible for developers to run their own betas through Google Play, Early Access in this case is just an opportunity to get an audience from the general Google Play userbase to check out apps and games before they’re ready for traditional release. 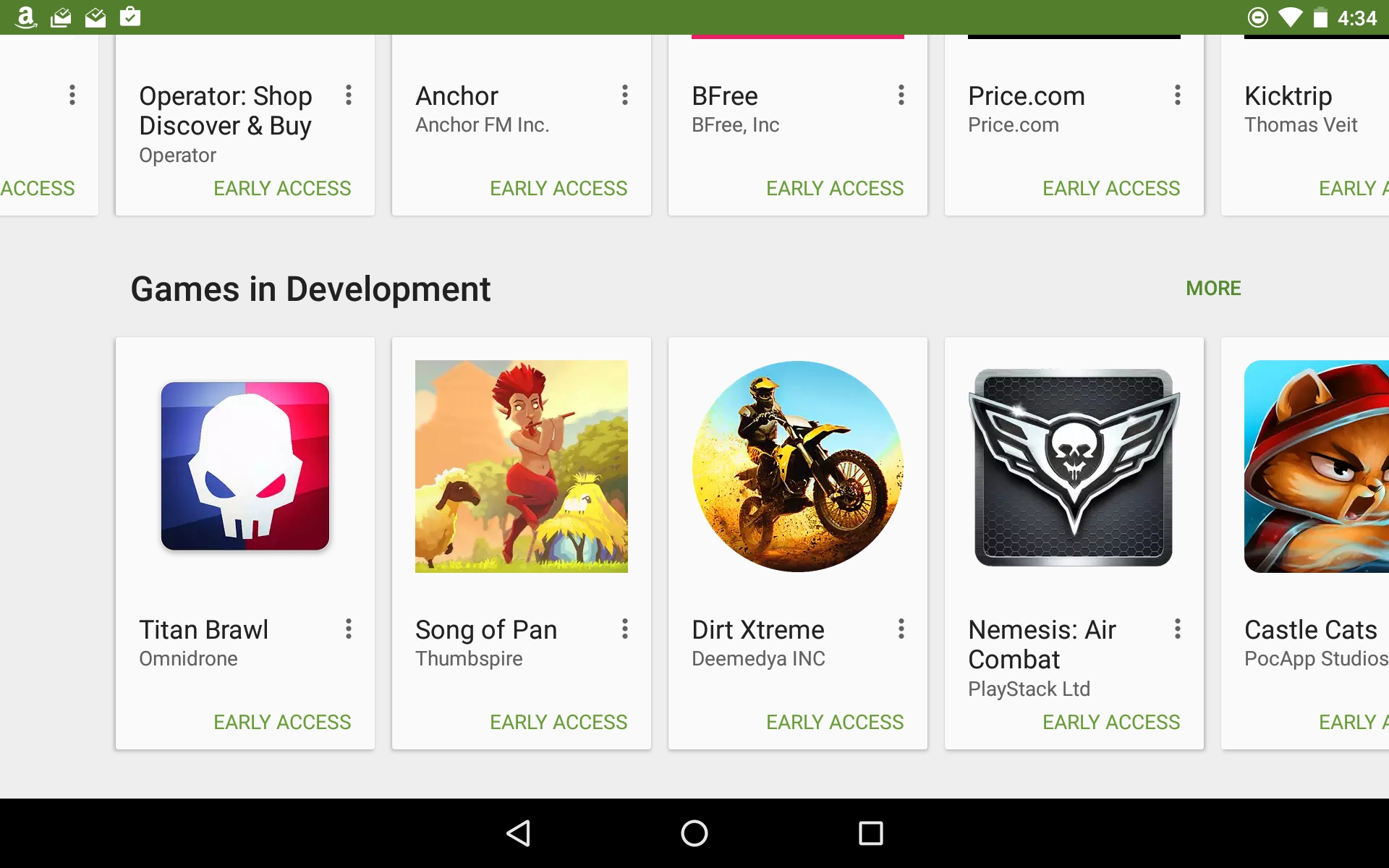 Right now, a dozen games are in Early Access on Google Play, including Titan Brawl and Thumbspire’s stylish Song of Pan. Between this Early Access program and the Google Play Indie Games Festival, I find myself interested in the way that Google is trying to operate Android as a bit more of a traditional gaming platform than Apple is doing. Early Access obviously intrigues some players, and offering up access without soft launch shenanigans is one way to appeal to enthusiasts. And finding ways to promote mobile games through events in ways that traditional games do is something Apple has largely ignored, even running WWDC during E3. Maybe Google is on to something here.