Pixelbite got a lot right with the first Space Marshals ($3.99). They eschewed much of what is common in dual-stick shooters on mobile, going with a slower, more thoughtful, stealth-based game. With an array of interesting weaponry and tactics at your disposal, such as using noisemakers to distract enemies to take them out away from the prying eyes of other enemies, it was a cool concept and a fun game. The controls were great for mobile, with MFi controller support, and iCloud to boot. It was not a perfect game, but a great example of how to make an original, stylish title for mobile. Plus, they updated the game with 2 new episodes months after launch. Space Marshals 2 ($4.99) returns and basically is the same game, streamlined with a couple new features, and skipping on the whole episodic aspect to give you 20 beefy levels of tactical stealth action in a space wild-west setting. And like any sequel where iteration is the key difference, it’s not bad – this is the superior game – but the lack of surprise can be a bit disappointing. 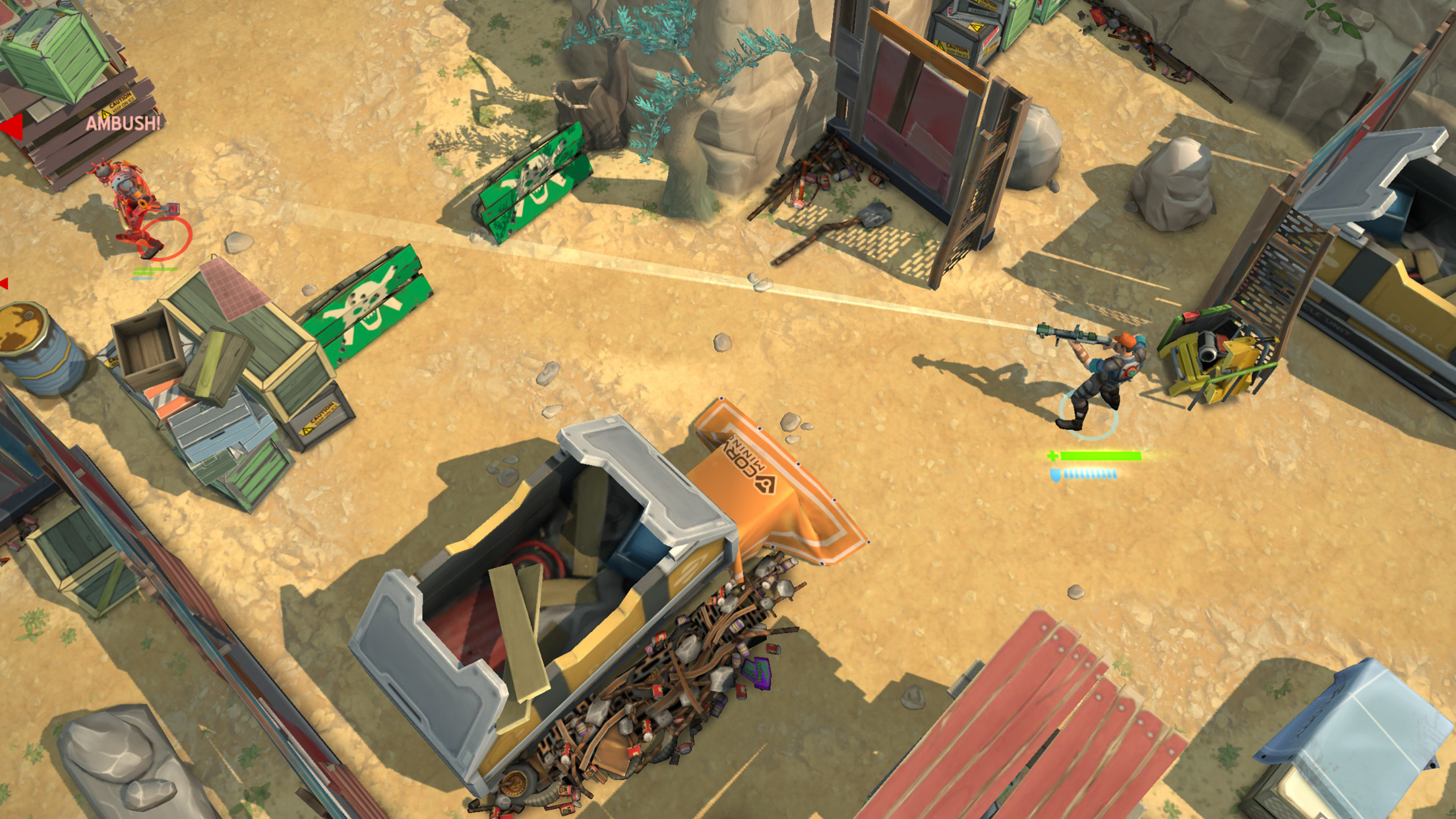 If you need to know about the core of the game, go read my Space Marshals 1 review and come back here. Okay. What differentiates Space Marshals 2 from the original is that you can now execute stealth kills. Walk up behind an enemy while in crouched mode, and you can kill them, though it takes a few seconds, so if you’re spotted and shot by other enemies, it’ll cancel out the kill. Still, this goes a long way to actually make the game feel like stealth is a key part of the game, because you have a way to be stealthy without making noise…or finding ways to get quiet kills. It’s the kind of thing that makes the game feel a lot better than the original.

In fact, the game just feeling better than the original is the other major feature here. Since the launch version of Space Marshals and its two content expansions, Pixelbite learned a lot about how the game should flow and work – and they put all that work into making the definitive Space Marshals game. The missions have been simplified into being more straightforward affairs, but you never have to worry about mission time – now getting 5 stars is based on the number of deaths you have and occasionally a number of high-value targets killed. And there’s some great loot to be had by doing well, though I got enough good stuff to not be too worried about the items I was missing by the end. But if you’re the completionist type, then you have rewards. Plus, there’s secret coins to be found, and hats that can be collected in the 20 levels. Heck, even with the game featuring 20 levels – and roughly 5 hours of gameplay or so – there’s plenty to do here. 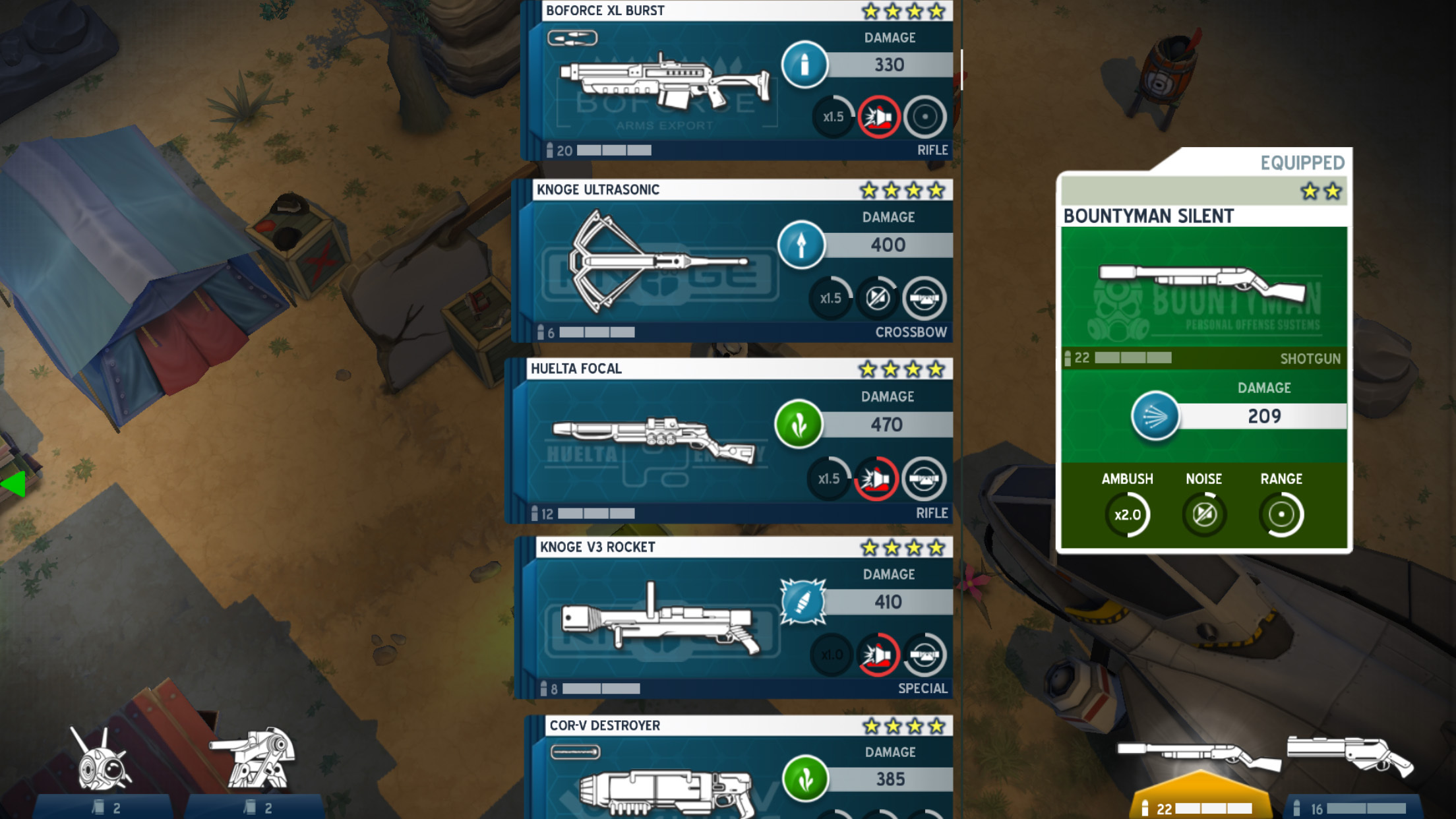 The streamlining and addition of stealth kills are pretty much just what’s new here. While I had to remember that stealth kills weren’t in the first Space Marshals, they’re such a natural addition that they feel like they were always there. But that’s the issue with Space Marshals 2. When you play something new, there’s that excitement of the unknown, you don’t know what the game’s really going to throw at you. I didn’t get that with Space Marshals 2, it feels really familiar because the core of the game is the same. It’s dual-stick stealth-action, it was fun the first time around, it’s still a good and uncommon concept in mobile gaming, so there wasn’t much need to change it, I suppose.

What I think the key here is that I felt less annoyed while playing the game than the original. There’s fewer annoying snipers to deal with, the stealth kills mean that you don’t have to be too-careful with hatchets or silenced pistols. In general, it felt like my deaths were a reflection of my personal failings, rather than the game throwing situations I couldn’t handle, except for one situation near the end where you have to make it past 4 enemies with shock armor. Good luck getting the 5 stars on that level? And really, by working to get better weapons and armor with 5 stars, you can give yourself slight advantages I didn’t have. 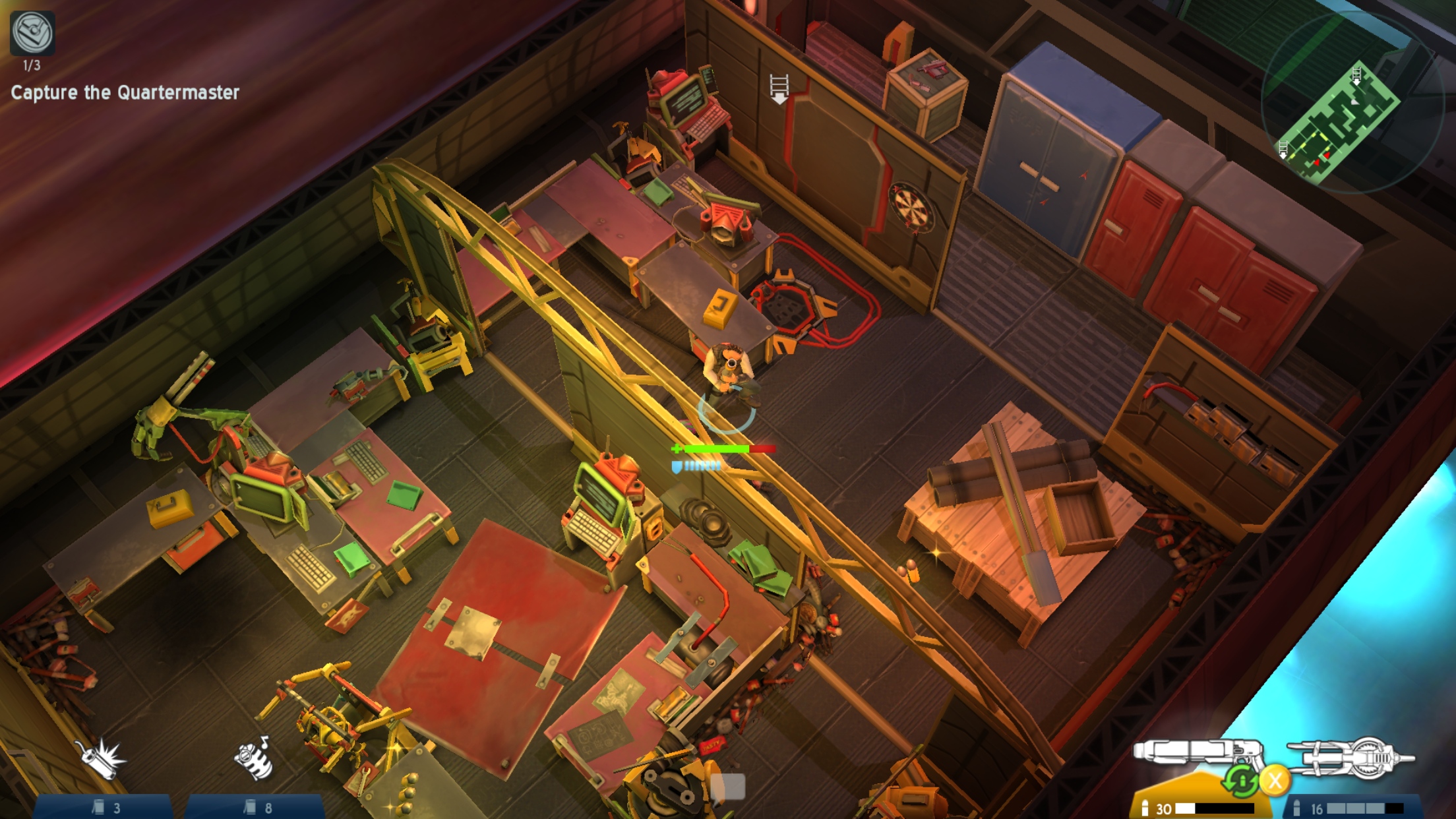 Heck, even the fact that this game is a complete title, rather than an episodic one, feels like Pixelbite spent a lot of time thinking about what sucked about Space Marshals, and decided to just go all-out with the sequel. This one ends on a cliffhanger, too, and I hope that they decide to throw some new wrinkles into the formula, because further refining down something players know is fine, it’s just that I think people want to be surprised over time. And Space Marshals 2 doesn’t contain a lot of surprises, just a slightly better version of what came before. But as we saw with Deus Ex GO ($4.99), a third-straight game with minimal new tweaks can be a problem over time. Maybe new players will enjoy it, but the people who bought games one and two will want something fresh to keep supporting the series.

But let’s leave Space Marshals 3 for when that comes out. If you played the original and loved it, Space Marshals 2 is a better version of that. If you were on the fence in part because of the original game’s stealth handling, the new stealth kills might help you out. If you didn’t care for the original, or the concept doesn’t appeal to you at all, then stay the course. Otherwise, this is a solid way to spend a few hours, even if there’s a bit of deja vu.