[Editor’s Note: Please see the update at the end of this article.] Not even Master Li could see this one coming. Aspyr Media, the team behind the iOS ports of Star Wars: Knights of the Old Republic ($9.99) and Fahrenheit: Indigo Prophecy ($9.99), are adding another classic adventure to their iOS portfolio later today. Many of us had anticipated that their next release might be an iOS version of Obsidian’s Knights of the old Republic 2, but it turns out they had their eyes on another RPG from the Xbox era first. Jade Empire, Bioware’s epic martial arts fantasy, will be available for your favorite iOS device later today. 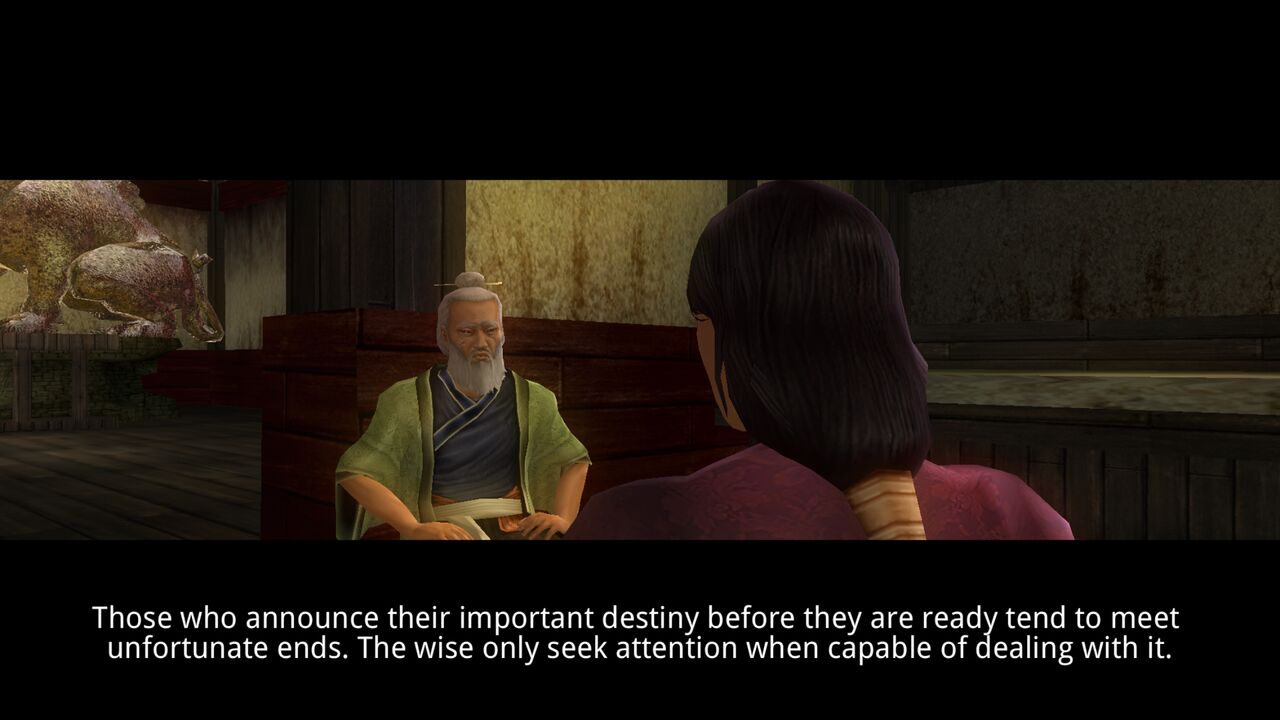 Originally released on the Xbox in 2005, Jade Empire was Bioware’s first console release following the smash hit Knights of the Old Republic. In many ways, it can be seen as an extension of that game’s console sensibilities. The combat is quite action-heavy, many of the character archetypes are the same, and even the light/dark mechanic makes a comeback in the form of the competing philosophies of the Open Palm and the Closed Fist. At the same time, Jade Empire has a lot of its own ideas to offer. Rather than being stuck with one fighting style selected at the beginning of the game, you’ll instead be able to learn new arts and switch between them freely as needed. The Asian fantasy theme, likely inspired by the popularity of Hong Kong films at the time such as Crouching Tiger, Hidden Dragon, is one rarely seen in Western RPGs. It’s also a bit more linear than other Bioware RPGs, though there’s plenty of side content to go around.

Jade Empire earned rave reviews upon its initial release, but seems to have become one of Bioware’s less-talked about games over time. It’s sometimes criticized for having an unbalanced battle system or for its 15-hour main quest being too short, but I feel like the game has held up surprisingly well. The martial arts fantasy theme still feels unusual, if a little dated in some respects, and the story is as good as you would expect from Bioware in what is arguably their peak period. Unlike nearly every other game from the developer, Jade Empire never got a sequel, and seems to have slipped between the cracks of the blockbusters of Knights of the old Republic and Mass Effect. That’s an unfortunate thing, but it also means that a lot of people who might really like the game haven’t played it yet. 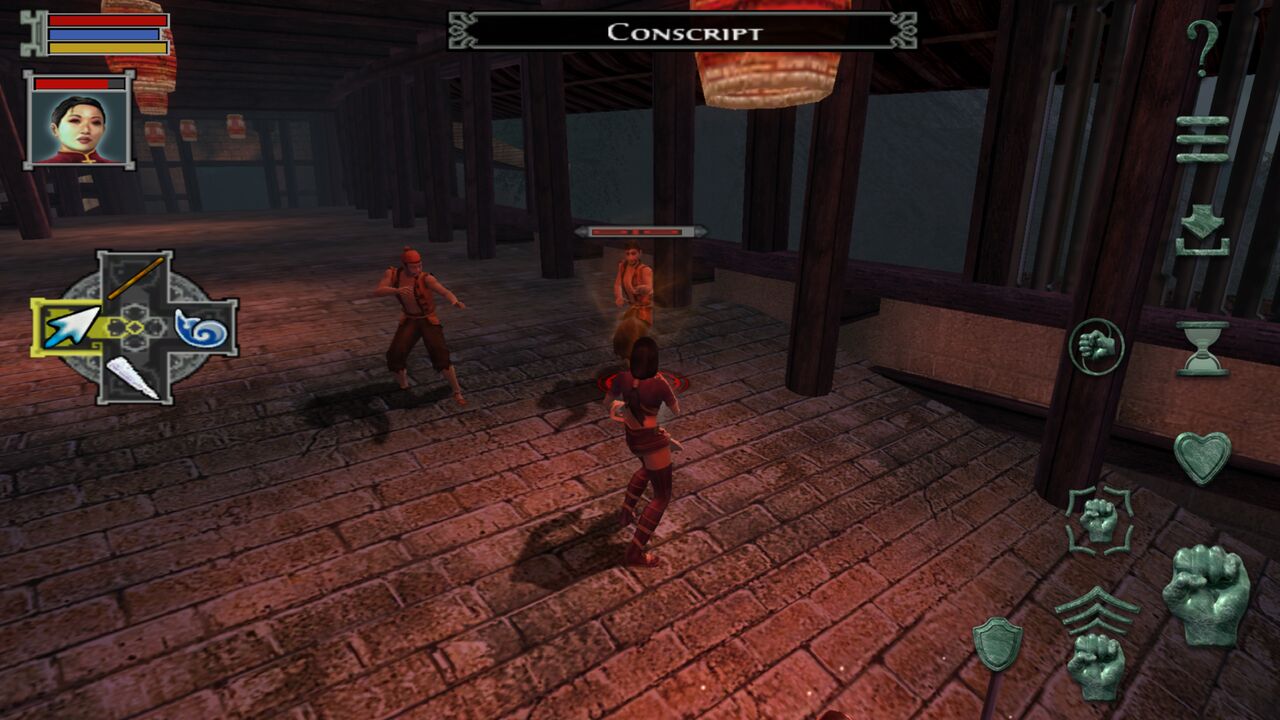 Hopefully, this iOS release from Aspyr will help rectify that. I’ve been playing through the iOS version of the game over the last few weeks, and while I’ll have a full review going up when the game launches, I can tell you right now that Aspyr did an excellent job with the game. The pre-cooked assets like videos and loading screens don’t look so hot, but everything in-game looks spectacular. The interface demonstrates a lot of lessons learned from the Knights of the Old Republic port, deftly balancing the amount of information that needs to be on-screen with the fact that the average screen this will be played on is pretty small.

The somewhat-simplified action combat from the original game proves to be an asset here, as the in-battle controls are a bit busy if you’re not using an MFi controller. A combination of swipes and virtual buttons are used for the touch controls, which takes a little getting used to. Since this is based on the PC Special Edition, you get all sorts of extra content that wasn’t in the original Xbox release, such as new martial arts, new weapons, and so on. It’s worth mentioning that the game does require iOS 9, so if you’re on an older iOS version and want to play Jade Empire, you’ll have to consider updating. 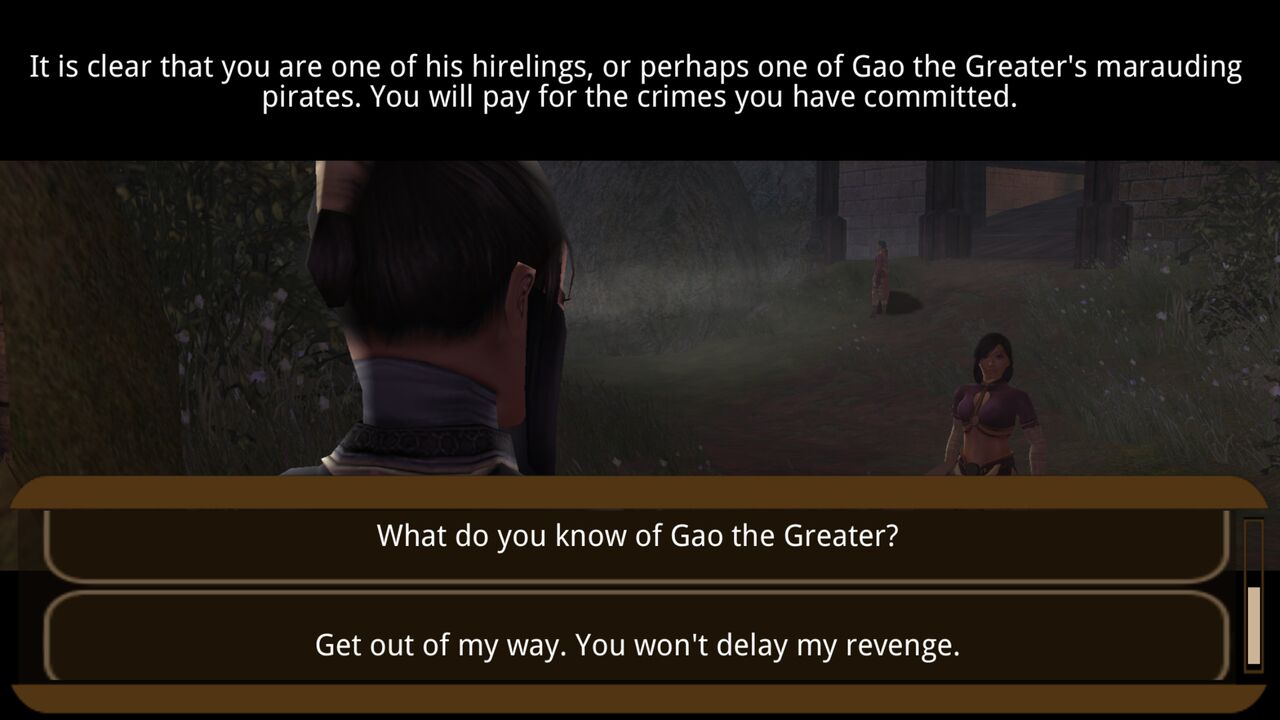 Anyway, I’ll be going into more detail in the review, so please watch for that if you need more information. The short version is that while Jade Empire has some flaws typical of games of its era and the touch controls can be a little flaky in combat, it’s nevertheless a very strong game all-around, and one that you’ll almost certainly want to add to your iOS collection. It’s hard to imagine a better iOS port of the game than the one Aspyr turned in here, so if you’re a fan of RPGs or kung fu movies, make sure to keep your eyes out for Jade Empire‘s release later today.

UPDATE: I say it every Wednesday when we round up the new iOS games: The App Store is weird. That’s especially true today as unforeseen circumstances between EA and Asypr have lead to the release of Jade Empire being postponed. It sounds like there’s some complicated things happening behind the scenes, and we’re going to need to wait while they fully play out. So, while we have no idea when Jade Empire will be launching, Shaun has played through the game in its entirety on iOS. It exists, and is totally playable, but for the time being we’re in a odd holding pattern waiting to hear what happens next with the mobile port of Jade Empire.