It’s tough to get a beat on exactly what Kairosoft’s release strategy is, if they even have one. Sometimes it feels like months in between them releasing games, and other times it feels like there’s a new one hitting every week. Not even two weeks after the release of the not-very-good Legends of Heropolis (Free), Kairosoft has just released another new game called The Manga Works ($4.99). This is a simulation game (gasp!) that has you running your own manga studio, starting out as a solo artist and hopefully building up into a publishing empire. 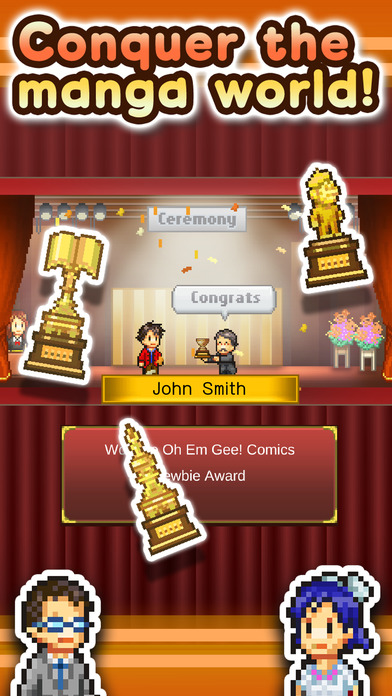 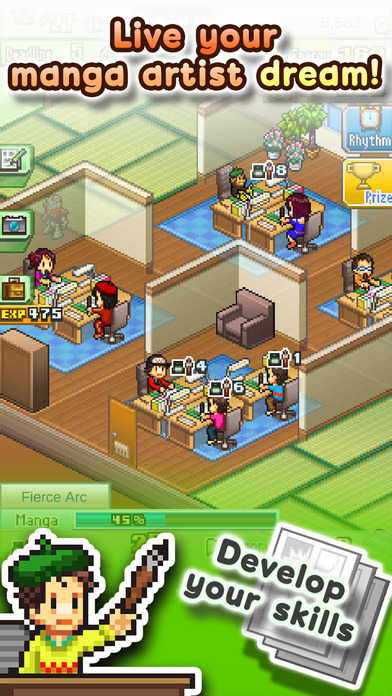 Even more difficult to decipher than their release strategy is Kairosoft’s monetization strategy, as it seems like their games run the gamut from full-blown free to play games to fully paid titles. Fans of the fully paid stuff will be happy to know that The Manga Works is $4.99 with no IAP. If you have room in your life for yet another Kairosoft sim and you’re feeling the Japanese comic book theme, then give The Manga Works a shot and be sure to see what folks are saying about it in our forums.